Coelho’s Alchemist is about finding the answers within

* The story is about a boy named Santiago, who wishes to visit the world and know about God 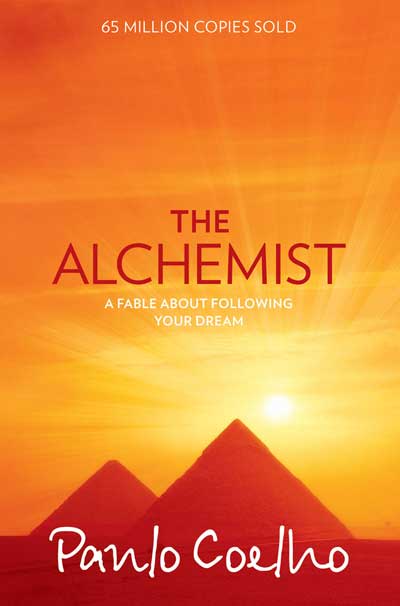 The Alchemist is written by lyricist and novelist Paulo Coelho. The book is about a boy who’s a shepherd and he’s in search of a treasure. The book has been translated into 59 languages. A total of 56 million of copies have been sold worldwide and the writing is poetic. He explained that he was able to write at this pace because the story was “already written in the soul”. Paulo Coelho said that he has been reluctant to sell the rights of his books. He believed that a book has a “life of its own inside the reader’s mind” and seldom did he find an adaptation that lived up to the book. Despite this, with time, Coelho decided to open up the possibility. The Alchemist was published through a small Brazilian publishing house who made an initial print run of 900 copies and decided not to reprint. He subsequently found a bigger publishing house and with the publication of his next book Brida, The Alchemist took off. Harper Collins decided to publish the book in 1994. Later it became an international bestseller.

The story starts with a boy named Santiago, who wishes to visit the world and know about God. And for that, he opts to be a shepherd. After asking his father, he gets consent for this. He takes a book, a jacket and a herd of sheep and leaves for his journey. Every night, he dreams that a child is playing with his sheep and showing him a way. But unfortunately, every time he wakes up. So he goes to an old woman to interpret his dream. The woman says that dreams are the language of God and his dream is about a treasure and it’s in Egypt. After that, the boy sells his sheep and goes to Tangier and starts working at a merchant’s castle shop for money. After that, he embarks on his journey to Egypt and meets an alchemist who helps the boy reach his treasure. They both enjoy their journey during which the alchemist gives him a piece of gold and goes his separate way. The boy finally reaches Egypt and under an old tree, he finds the treasure. This was the same place he had dreamt of.

The book is interesting and beautifully written, but in some places, it’s confusing, because there are many characters that don’t have a real life form like the wind, storm, desert and others

The book is interesting and beautifully written, but in some places, it’s confusing, because there are many characters that don’t have a real life form like the wind, storm, desert and others. In this book, I observed two things. Firstly, the story tells us that we should observe the things around us to look for answers because sometimes, we start searching for things which are already around us. Secondly, it tells us that we should never give up. If by heart, we wish to achieve something, then we’ll be successful, but the main thing is hard work. I haven’t read other works by Coelho, but when I heard about this book from my friends, I started reading it and I want to suggest that you should also read it. It’s very interesting. It’s gripping and unputdownable. The book requires time and focus to be read.

The Alchemist is a novel by Brazilian author Paulo Coelho that was first published in 1988. Originally written in Portuguese, it became a widely translated international bestseller.

An allegorical novel, The Alchemist follows a young Andalusian shepherd in his journey to the pyramids of Egypt, after having a recurring dream of finding a treasure there.

Over the years, there have been film and theatrical adaptations of the work and musical interpretations of it.

The writer is a student at DELTA and can be reached at rahmatshafique123@gmail.com