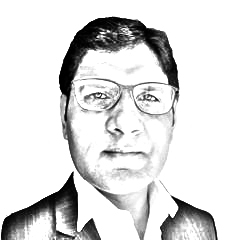 “A person issuing an edict or fatwa, which harms another or puts another in harm’s way, must be criminally prosecuted under the Pakistan Penal Code, the Anti-Terrorism Act, 1997 or the Prevention of Electronic Crimes Act, 2016″. This is one of the directions passed by bench of Supreme Court (SC) headed by Justice Mushir Alam in his remarkable ruling on Wednesday while disposing of the matter of Faizabad sit-in by religious parties which forced the government to undo the amendment in Election Act 2017 which, to some extent, aimed to bring members of a religious group into the democratic fold.

The bench went on to say that broadcasters who broadcast messages advocating or inciting commission of offences must be proceeded against in accordance with the law.

A fatwa is meant to be a religious opinion or interpretation of some religious complication that a qualified mufti can give. The concept is aimed at facilitating followers of Islam to remove their doubts on religious matters. In Pakistan, it is not binding like legal codes therefore the state does not hold anybody accountable for its violation. Having no legal binding, a fatwa has the inherent power to influence large swathes of the population that thinks it’s sinful to go against it, particularly when it is issued to declare someone a heretic, mostly members of other sects, or to declare somebody a blasphemer. The killing of Punjab Governor Salmaan Taseer was followed by a fatwa declaring him wajib ul qatl (deserving death) for advocating innocence of blasphemy accused Aasia Bibi, whom the SC recently exonerated of the charge. These are the fatwas which have made lives of Shiites and Ahmadis difficult in Pakistan. Moreover, in 2011 when Facebook was banned in Pakistan accusing it of holding a blasphemous caricatures contest, a Muslim version of it with the name of MillatFacebook was launched in Pakistan. On its first annual anniversary, its founder made some mullahs issue a fatwa declaring usage of Facebook sinful while using MillatFacebook a source of blessings.

It is correct to say that daruliftas (Fatwa issuing centres) are functioning parallel to the parliament and ruling supreme even above the Constitution. Functioning unbridled for many decades, fatwas have now become an unguided missile in the hands of ill-intentioned mullahs who fire it with their ulterior motives through loud speakers at public meetings. It causes immense damage to religious harmony in some cases. When it is issued with personal bias, it becomes a vehicle of sectarianism, extremism, religious disharmony, social dissensions and a force to shatter coexistence.

Muftis (fatwa issuing mullahs) are not answerable to anybody, nor can their fatwas be challenged at any forum. There is no check and balance on fatwas or muftis and they can play havoc with anybody’s life

A decision of a court can be questioned by different appellate forums, a departmental inquiry also has different forums to question it, and all professionals including lawyers, doctors, judges, and engineers are answerable to some regulatory bodies. Contrarily, muftis (fatwa issuing mullahs) are not answerable to anybody, nor can their fatwas be challenged at any forum. There is no check and balance on fatwas or muftis and they can play havoc with anybody’s life.

Sectarianism, hate speech, and religious disharmony are the offspring of fatwas. This parallel system to legislature is in violation of the Constitution which is supposed to function without any challenge. These toxic fatwas become even more potent when supported by mass media, much like what happened during the Faizabad protest. All law enforcement agencies bowed down to a handful of protesters, a law minister had to resign, a minister was shot and injured in Narowaland ultimately the state had to placate the violent protestors.

The SC has fulfilled its responsibility by issuing this difficult but necessary judgment. Now it is up to the political leadership to join hands to implement this judgement in letter and spirit to control this hate mongering so that nobody can misuse religion to incite violence.

The writer is a journalist currently based in Canada