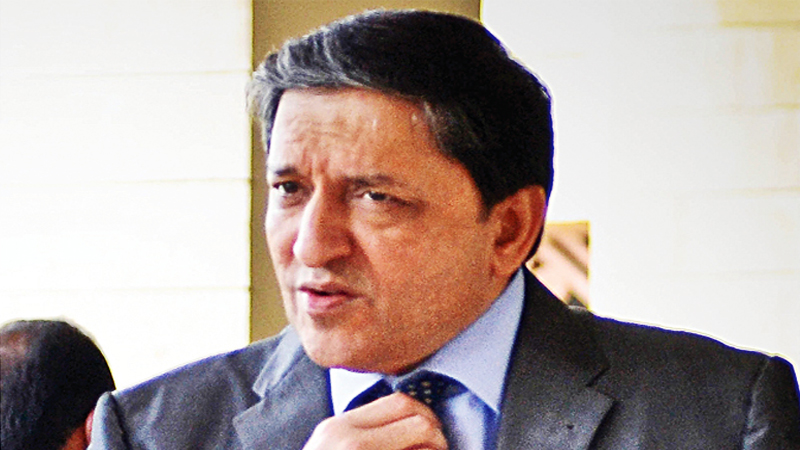 Deputy Chairman Senate Saleem Mandviwalla on Thursday said that there was a huge potential to enhance the economic cooperation between Pakistan and India which may be utilised for the welfare of people on both sides.

However, he said there was a dire need to resolve all outstanding issues between the two countries to create a conducive environment for this purpose. He expressed these views while talking to High Commissioner of India Ajay Bisaria at Parliament House on Thursday.

He said that the Parliamentary Friendship Group may be constituted and activated in the Parliaments of both sides to steer the agenda for resolving the outstanding contentious issues and giving parliamentary diplomacy a chance to explore the avenues for cooperation in different fields. He said that the Pak-India Business Forum is another opportunity for improving business to business contacts and mutual cooperation for the benefits of the people in both the countries.

The High Commissioner of India informed that the bilateral trade currently stands at around $2.4 billion; however there are estimates of $5 billion trade through Dubai. Nevertheless, the World Bank has reported that the potential trade between the two countries can reach to $37 billion subject to removal of various tariffs. The Deputy Chairman Senate endorsed the views of High Commissioner and said that the trade volume between the two countries is very low and efforts should be made for improving the ties by resolving the problems. The political leadership on both sides can play an active role in this regard.

He said that Pakistan is taking positive steps to facilitate the Indians coming to Pakistan and expects the Indian side would reciprocate as the people should not suffer due to tough visa regimes.