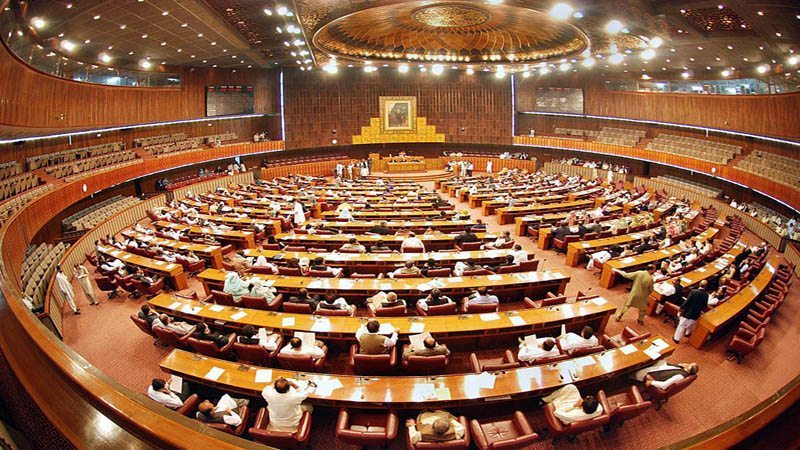 The Senate on Monday approved a report by the standing committee on law and justice which recommended that a blacklist of people forbidden from travelling abroad be abolished, media reports said.

Taking part in a discussion in the Upper House on Monday, former chairman and PPP stalwart Raza Rabbani said the interior ministry, FIA as well as passport and immigration officials were unaware of how the blacklist was prepared. He said any action taken by any department or official on the basis of the said blacklist was against the law, adding that it would make sense to take action against any officers found complicit in implementing it under the constitution.

In a swipe at the ‘establishment’, Rabbani said the names of those who should be included in the list were not added by the passport office as, in actuality, it was ‘they’ who ran the show. In reference to former army chief Pervez Musharraf, he said he had asked passport officials where the blacklist was when an “Article 6 suspect was permitted to run away from Pakistan”. “When [Pervez] Musharraf fled abroad, was the blacklist a white list then?” he asked.

PPP Senator Sherry Rehman said that as per a minister, there was another list aside from the blacklist through which people were stopped from travelling. She said such curbs on freedom of travel are against fundamental human rights and people were illegally being stopped from travelling. “We did not see this [practice] even during the years of dictatorship,” she remarked.

She alleged that even politicians were being stopped at airports on the basis of what she claimed three lists being maintained currently. “How are there three separate lists to stop people from traveling?” she asked.

Joining the discussion, PML-N Senator Mushahid Hussain noted that no single party or government could be held responsible for the blacklist, and suggested that a committee should be formed to look into the matter. “This is an issue concerning the Pakistani state and the people … the government should raise this issue in the cabinet,” he said.

Following the opposition’s remarks, Minister for Parliamentary Affairs Ali Mohammad Khan said the reservations had been recorded. He promised that the interior ministry will brief the House on the matter. He, however, said that any person who wishes to travel outside Pakistan will only be allowed to do so as per the law. He rhetorically asked the Senate that if a terrorist attempted to flee abroad, would the security agencies be required to wait for cabinet approval before making an attempt to stop them.