* Poverty creates shocking consequences which enhances the other problems along with worse outcomes. It's a challenging issue for any state or country 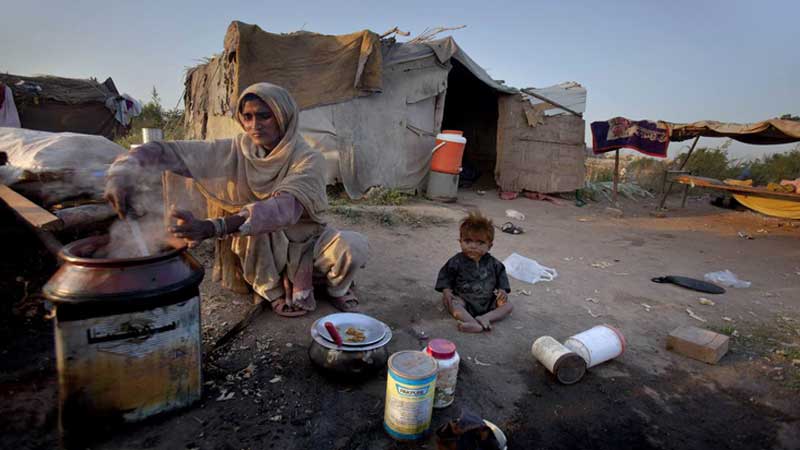 Today, our world has become a global village as technology has manipulated the highest advancement and modernisation in the name of science and computerisation. All the people of the world are enjoying and are being entertained by the fruits of technology and its innovations. One billion people in the world are living on less than $1 a day. A total of 2.7 billion people in the world are living on less than $2 a day. Eleven million children die every year and 114 million children are not able to access basic education. Also 584 million women are illiterate. Every year, six million children die due to malnutrition. Every day, 800 million people stay hungry in which 300 are children. Some 2.6 billion people of the world’s population are deprived of basic sanitation and one billion people are suffering due to unsafe drinking water. The areas of inequality such as unequal status of women and minority groups of less developed countries represent this aspect of poverty. As a result, rich people continue to prosper while poor people lag behind. In the global scenario, in the last 30 years, economic growth has occurred but along with the portion of poor people. In 1960, the income of 20 percent of the richest countries is 30 times more than that of 20 percent of the poorest countries. It was 60 times greater in 1990. Only 20 percent of the world income is received by world’s poorest countries. Thus in the last three decades, the difference between the rich and poor has increased. Income distribution between rich and poor is unequal. Pakistan is a wheel of social problems faced by common people in every aspect of their lives.

Poverty in Pakistan is day by day growing because of social problems which are tolerated by the citizens like illiteracy, over population, crime, economic disorder, environmental degradation etc.

Poverty creates shocking consequences which enhances the other problems along with worse outcomes. Poverty is a challenging issue for any state or country as it possesses the roots for other issues which are also dangerous problems for the country. Poverty should be addressed nationally as well as on regional level by taking serious measures.

Poverty is a rapidly increasing problem of our society which has created economic disorder and environmental degradation in the country. It’s hazardous be it in any form — relative, absolute, objective or subjective.

Poverty is a rapidly increasing problem of our society which has created economic disorder and environmental degradation in the country. Poverty is hazardous be it in any form – relative, absolute, objective or subjective. Poor people are also suffering from hundreds of other social problems they face in their daily lives as well. 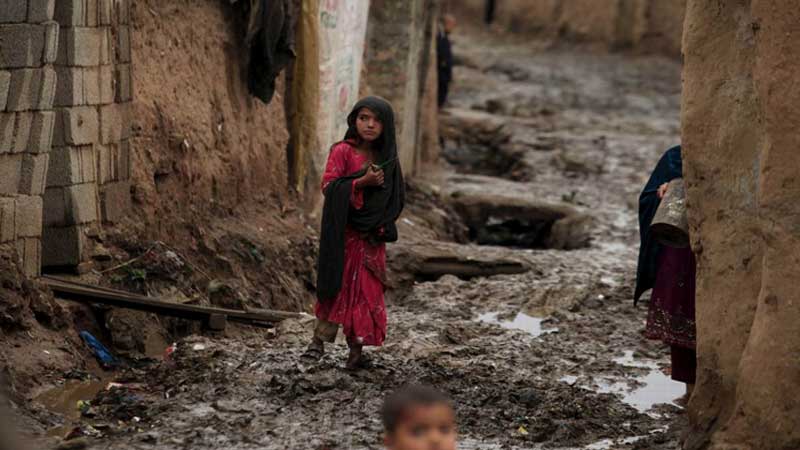 Poverty has been a persistent challenge facing Pakistan since its inception. The poverty issue of Pakistan is increasing more in rural areas where almost 70 percent of the population resides. Their livelihood depends on rural economy. They have lack of basic necessities such as primary healthcare, education, safe drinking water and social services. The income gap between haves and have-nots is increasing. Some provinces have more inequality, gender bias and lack of geographic and spatial capital. The purchasing power parity is a common measure of poverty. Poverty lines are drawn on the basis of goods that satisfy a person for his basic needs. The units of these goods are converted into this purchasing power parity. Furthermore, a head count ratio is calculated to represent the percentage of poor people of the total population. Poor people have no sufficient economic opportunities, are deprived from representation and have no access of information owing to corruption that lies at the crest. Corruption decreases the trust of poor people for public officials, increases the cost of public services, hinders economic growth, increases inequality, violates human rights and supersedes the rule of law. Corruption hurts the social, economic and political future of a country. In a country where bribery, favouritism and manipulation prevails, the fabric of a developed society also weakens.

Corruption is looming almost in all segments of Pakistan and poor people are losing their money and confidence due to this dreadful practice. Development is being impeded where lack of accountability, corruption, human rights violation, defiance of rule of law and military influence lives.

Poor governance is a key cause of poverty in Pakistan. Political instability and corruption which result from bad governance have declined businesses, decreased economic growth and reduced access to basic needs. As a result, investment and development have also weakened.

As the world advances, we still suffer from basic problems like being dependent on aid.