Altaf Fatima — an era in herself

* Eminent Urdu novelist, short story and drama writer Fatima passed away at 91 on November 29, 2018. Her death was a huge blow to the world of Urdu literature 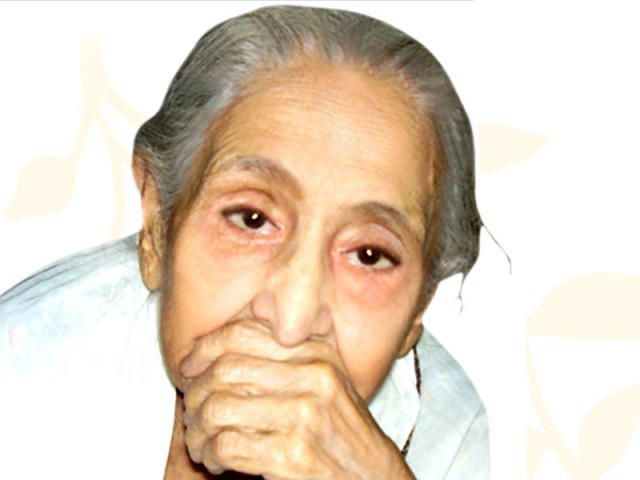 I understand the lateness of this article, in my defence I’ll only say its better late than never. The last Thursday of 2018’s November if marked as ‘Black Thursday’ of Urdu literature, would not be wrong, as veteran Urdu novelist, short- story and drama writer, Altaf Fatima passed away at the age of 91 on November 29th.

Along with a prolific writer, Fatima was an assistant professor as well as an expert on the poet of east, Dr Allama Muhammad Iqbal.

If one wants to read culture and history simultaneously, than one must read novels of Altaf Fatima. She has written four novels; ‘Dastak Na Do’, ‘Chalta Musafir’, ‘Khawab Gar’ and ‘Nishan-e-Mehfil’. ‘Dastak Na Do’ is the most famous of the lot and is also considered a major works of Urdu literature. The novel is based on the partition of sub-continent and creation of Pakistan. The novel has been translated in English by Rukhsana Ahmed.

‘Chalta Musafir’, meanwhile is based on the creation of Bangladesh.

Though ‘Dastak Na Do’ is more famous, when journalist Mahpara Safdar asked the late writer which of her novel was her favourite, Fatima replied ‘Chalta Musafir’, which is based on the creation of Bangladesh.

The novel ‘Khawab Gar’ is another gem of Urdu literature. Reading it fills one’s mind and soul with the culture, miseries and hard ships of Pakistani people that live in mountains, covered with ice most time of the year. Fatima’s prominent short-stories collection is titled, ‘Jab Diwarien Gira Karti Hain’.

Often it is asked, what makes a writer write? The answer is the fact that the writer presents/covers social, political, cultural and historical topics in his/her writings, something Fatima did exceptionally in her novels and other works.

Fatima rarely made an appearance on TV, radio and literary gatherings. She claimed to be a teacher instead of a writer and was a down to earth person. Due to such humble traits she did not get the status she deserved. Unfortunately, our society also forgot her with passage of time.

The late writer was born in Lucknow in 1927. Though at the time of the partition she was young, she experienced and observed the event with a writers’ eye. Her keen observations are reflected in her writings. Fatima wrote about the Muslims who moved forward from their plundered state to the prospering nation; she penned down the evolution of the Muslim status, culture, norms and traditions from the Hindu-Muslim society to the independent Muslim society. Upon reading her literature which is based on personal experiences i.e. migration and teaching, one is compelled to say that Altaf Fatima is an era in her-self.