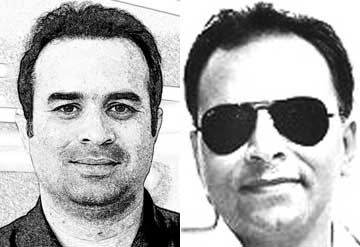 Education, as an essential component of human capital development, is a necessary prerequisite for achieving sustainable economic growth. Various economic growth models acknowledge it both as a short term and long term determinant of economic development and prosperity. Owing to lack of robust policy planning, Pakistan today confronts several formidable challenges on the economic, governance, social and security fronts. It may be noted that many developing nations faced similar challenges in the history. Some of these nations, according to the Ministry of Planning document ‘Pakistan 2025: One Nation – One Vision’, successfully turned challenges into opportunities by following a three-tier formula: sound economic planning, good governance, and consistency in policy implementation. The formula is equally applicable to the formulation and implementation of education policy in Pakistan as a necessary determinant of economic growth. This suggests an intertwined relationship among education policy, its implementation, effective governance and economic growth.

The notion of ‘Naya Pakistan’ has naturally developed some expectations in the people from the new Pakistan Tehreek-e-Insaf (PTI) government and education is no exception. Following a vision, the government appears to be aware of its responsibilities. However, continuing quality discussion on areas critical to Pakistan’s progress requires greater focus. It is because discussion enhances rationality and rationality is a key to informed decision-making in strategic areas like children’s education. We believe that Pakistan can’t achieve a respectable position on the trajectory of economic development and prosperity unless it overhauls its education system strategically on emergency basis. In particular, children’s education merits attention for which Article 25A of the 1973 Constitution states: “The state shall provide free and compulsory education to all children of the age of five to sixteen years in such manner as may be determined by law”. This Article was specifically highlighted by the Chief Justice of Pakistan (CJP) in the recent past when, while addressing a lawyers gathering in Multan, he reiterated that education is a fundamental right of every citizen of the State of Pakistan. Pakistan’s successive governments have unfortunately been underestimating, if not ignoring, the economic growth potential of this fundamental right.

A recent survey showed that Pakistan’s literacy rate, currently standing at 58 percent, is on the decline. UNESCO’s Global Education Monitoring Report underlines some reasons for this decline. The report notes that out of 93 percent children enrolled in primary schools, only 61 percent complete their education

A special emphasis on the children education by the 1973 Constitution and the CJP underlines the importance of initial learning stages of juveniles in the human capital development. This fact is corroborated by the Dreyfus Model of Learning that proposes five distinct stages a student passes through: novice, competence, proficiency, expertise, and mastery. Among these five stages, a student learns the most at the first ‘novice’ stage. The other four stages strengthen the skills and knowledge acquired by the student at the novice stage. That means, among other stages, the ‘novice’ stage is the most crucial one because it lays the foundation of higher learning. As far as education policy is concerned, Dreyfus Model provides a kind of strategic and phenomenological base for determining the right direction while drafting policies. This suggests that the education of children, between the age of five and sixteen, predominantly constitutes the novice stage of learning which is crucial for higher level learning at the other four stages. If an education policy does not provide a robust framework at the novice stage of learning, it may be hard for the student to be successful in further skill development and learning.

With this theoretical perspective, it may be noted that, since coming into being, Pakistan has had nine national policies and reform agendas to improve national education. The most recent one is National Education Policy 2017, which like previous policies aims to provide free and compulsory education to children. However, despite necessary efforts by the successive governments, nearly 23 million children are still out of schools. Here it would not be justified to argue that various education policies are bad, it is actually their implementation that matters. The implementation of education policy, among other factors, requires political will to pursue a well-informed framework that could ensure optimal learning throughout five stages of the Dreyfus Model. For this purpose, earnest efforts need to be made with a view to ensuring that each child gets basic compulsory education.

Prima facie, there are so many problems with our education system. It includes, but not limited to, outdated and backward contents, lack of institutional infrastructure, and untrained and demotivated teachers. These factors are not conducive for the optimal learning and development of a novice juvenile requiring specialized focus on his early skill acquisition process through robust policy interventions. Once the entire implementation process is made part of wider intellectual framework knitting various learning stages, the investments made in the education sector will truly start yielding economic benefits alongside tangibly contributing towards the actual vision Naya Pakistan should have.

A recent survey showed that Pakistan’s literacy rate, currently standing at 58 percent, is on the decline. UNESCO’s Global Education Monitoring Report underlines some reasons for this decline. The report notes that out of 93 percent children enrolled in primary schools, only 61 percent complete their education. Similarly, out of 45 percent children enrolled in secondary education, merely 20 percent complete it. The main reasons for poor rate of primary and secondary education in Pakistan are maltreatment of children, outdated teaching methods, and lack of basic educational infrastructure. The facts and figures presented by UNESCO clearly indicate that there is something seriously wrong with our education system requiring necessary surgery both at the policy and implementation levels.

The UNESCO’s report, furthermore, notes that Pakistan has not been able to effectively impart basic skills training in the area of information and communication technology. In this regard, Pakistani adults performed marginally better than their peer groups in Zimbabwe and Sudan in using basic tools such as copy and paste or to move information in a document. This is quite an embarrassing trend at the international level. In addition, computer illiteracy is quite common in our country where otherwise literates are unable to use IT applications. A short term panacea in this regard is necessary training of the teachers aimed at transforming their ‘manual’ mindsets into automated ones while carrying out research and preparing assignments and presentations.

Some researchers argue that Pakistan spends around 2.8 percent of its GDP on education, which is less than all of its neighboring countries. The Musharraf regime made huge investments in higher education but ignored the primary and secondary education levels in complete disregard to the Dreyfus Model. We must learn lessons from our past policies and come up with integrated and holistic implementation framework capable of handling the requirements of primary, secondary and tertiary education together. It may be noted that, unlike other investments, reaping the benefits of investment in education is a long term phenomenon. During the entire process, the human capital needs to be developed at primary, secondary and tertiary levels by thematically understanding the requirements of Dreyfus Model’s five stages of skill acquisition.

Educational reforms are a continuous, coordinated and gradual process requiring necessary evidence before implementation. It is time for the PTI government to fulfill its promise of imposing an education emergency through good governance. Pakistan is brimming with youthful energy. Only quality education can channel this energy in the right direction thus ensuring that human capital development plays its due role in augmenting the economic growth rate.

The writer is Additional Commissioner, FBR, holding PhD in Economic Planning from Massey University, New Zealand. The views expressed are his own.

The author has done a PhD. from Massey University, NZ, and is a researcher in the field of biological sciences