With his diversity of vocals, talent and countless live performances behind him, Qureshi has been slowly and steadily rising in the music industry of Pakistan 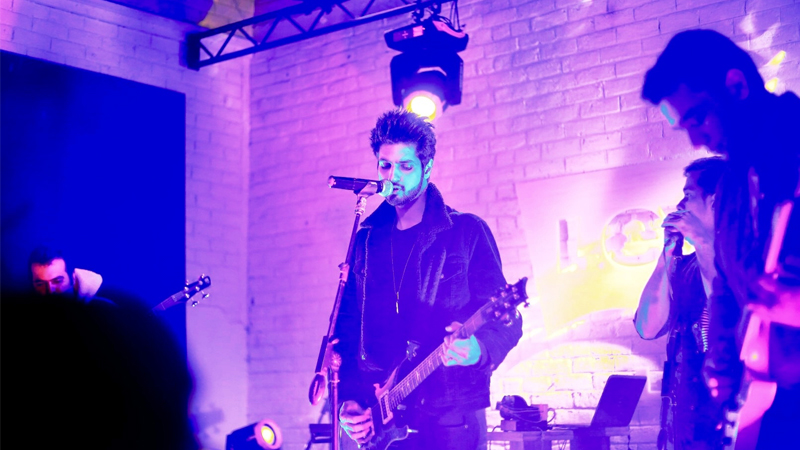 The debut session of Levi’s Live round 2 was headlined by Abdullah Qureshi and featured Anna Salman with her All Girl Band.

Abdullah Qureshi’s latest music video “Gaai Aasmaan” was also screened during the session which has been produced and directed by Farhad Humayun of Riot Studios for Levi’s Live round 2. The evening was the sound of the next generation of musicians who will be taking the music industry forward.

With his diversity of vocals, talent and countless live performances behind him, Qureshi has been slowly and steadily rising in the music industry of Pakistan. He started singing at the tender age of three and started playing the guitar at 13. The self-taught Islamabad based musician began his journey in the field of music professionally almost a decade ago, when he started performing with underground bands in Islamabad. In 2010, he branched out on his own with his band members who had been performing with him since his early school days.

The self-taught Islamabad based musician began his journey in the field of music professionally almost a decade ago, when he started performing with underground bands. In 2010, he branched out on his own with his band members who had been performing with him since his early school days

As per the new format of the project, Levi’s Live had also produced Qureshi’s latest music video “Gaai Aasmaan” prior to the session. Qureshi’s “Gaai Aasmaan” is set inside a dream of a person lost in space. The direction of the song takes a very different path from the artist’s previous work in sound, imagery and lyrics. The single is a mix of synth, pop and dance music which adds to the futuristic character of the song. The video takes inspiration from the future taking the journey of our minds and translating them in a virtual state. The video integrates reality with fantasy, the future with present and brings “Gaai Aasmaan” to life.

The show itself was a master class of lights, sound and general ambiance. In between sets, people from all walks of life, could be seen socialising, from musicians to bloggers to music lovers, all brought together for their love of music. 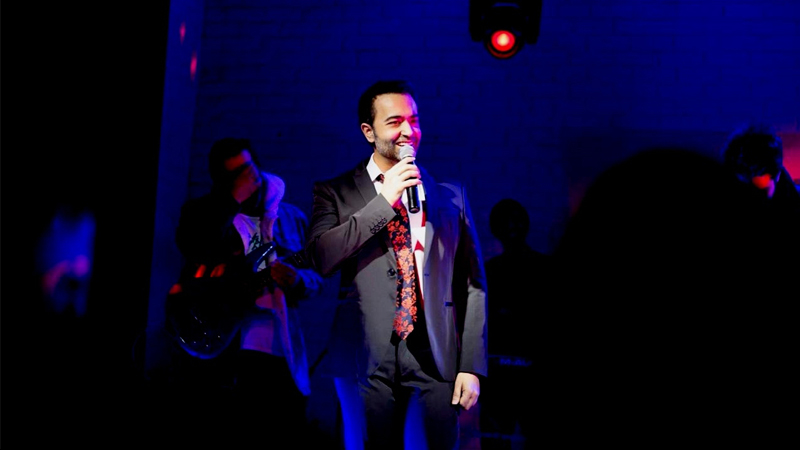 After Qureshi completed his riveting set, other musicians took to the stage and just started to jam, much to the crowds delight. From qawwalis to rock ballads, transitioning into pop were all experienced by the crowd, enthralled they sang along, perfectly capturing the essence of the platform.

The highlight of the night was when Farhad Humayun got on stage – thid was his first public appearance since his life altering surgery. The audience cheered on as Humayun not only showed his appreciation and love for music and to Levi’s for creating such a platform, but showed heartfelt gratitude for all the love and prayers he had gotten. He said that he was deeply touched and could not have done it without the support of his family, friends and fans all over.

On performing at the debut session of Round 2, Qureshi said, “It feels amazing to play on the Levis Live stage every time. I am the only artist to open both Rounds of Levis Live in two years. I feel loved and honoured. This session was a bit more special because Humayun gave a very heartwarming speech followed by an unreleased song that we dedicated to him. All thanks to Humayun, Native Rock and Levis for keeping the music alive in all of us.”

Anna Salman commenting on the band’s performance said, “I’ve played on a lot of different stages, but Levis Live, particularly, is the one that gave me the space and permission to truly be myself and be vulnerable through my music. I want to thank Humayun and Uzma Rao not only for getting me on this session but for choosing to celebrate new talent and music every year!”

The team behind Levi’s Live round two includes Humayun of Riot Studios and Uzma Rao of Native Rock who is looking after public relations and management.