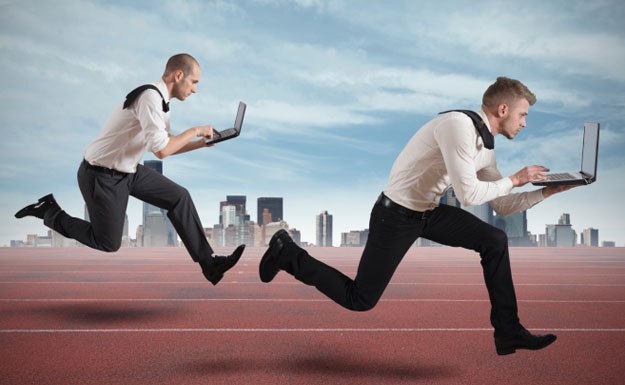 The famous Darwinian theory of survival of the fittest stated that organisms sharing the same set of resources compete with each other. Those who fight better get more of the resources and it then increases their chances of survival. Ultimately, those who are better suited to their environment and adapt to changes occurring in it continue to live, whereas those who don’t vanish.

This theory holds water even today. Previously it was basic survival needs like food, shelter, clothing and water that living beings competed for. With the world getting more industrialized and mechanized, things got slightly complicated, and so did the nature and intensity of competition. The once basic physiological needs turned up to be determinants of lifestyle and success. For example, from food, shelter, it is now better food or fine dine and bigger and lavish shelter. Human beings, the supposedly supreme of the beings, on the other hand, have developed supreme taste, and, hence, supreme things to compete for. A sudden and complete change in lifestyle and aggregate wisdom, in the known human history.

Like all other living beings, humans have had numerous competitions along the course of life. And the list has expanded astonishingly in today’s world, and has resulted in unhealthy and destructive competition.  This unhealthy competition has now seeped into every part of the society and society has also greatly played its role in encouraging it.

Family is one important unit which through it fallacies, emotional biases and rules of thumb not only teaches children what is good and bad but all their life’s choices and mind set. In relation to the concept of competition, the impact of family pressure is too great to be ignored. We come across a number of situations right in the family where competition is imparted, like parents pushing their children to the edge to do better than their fellows, their cousins and their siblings even, in all aspect of life; in academics, in sports, and all other extracurricular competitions. It is evident in parent’s promising gifts to their children if they are able to score more than others and bring a trophy home. Although this competition seems genuinely generic, however, it emphasis is on to be ahead of everyone else, adding to it the element of devastation and ill-will.

Parents are not the only ones to blame, this new phenomenon has seriously implicated every relationship within family structure of our society. Siblings being at odd with each other to get the supposed family glory and to get most of the ovation from elders, is perhaps the story of every family. It is particularly common amongst sisters who compete regularly for being the ideal one, both in family and outside. One such incident of idealization was reported on social media recently where a teenager starved herself and went into anorexia to look slimmer than her sister. There are other instances too, like looking fairer. It is completely insane but it exists. The color complexion that has been created causes girls to undergo unhealthy practices to lighten their color. That’s how they are going to get rishtay (marriage proposal), apparently. This too is an example of unhealthy competition, the more the number of proposals, the higher is your rank and image in the society. It is utterly gross that things as simple as matrimony of two individuals- once a normal part of growing up, is at the center stage of the competition.

At present, unarguably, the marriage in the families is usually an epitome of material swank The competing factors in this case, which somehow have become self-imposed pre-requisites to get married, include, a sustainable income flow, the highest castle, latest vehicle, longest LCD and various gadgetry at home that are considered essential For the newly wed brides, along with the traditional dowry accumulation, the war is for wearing the most expensive suits of certain brands her wedding, on Eid and other occasions and having the fanciest parties at home.

It is furthered cultivated in schools and other academic institutions where the yardstick favors the intelligent and achievers only.  Management Guru Ken Blanchard says that “as we go through the educational system, resources become scarce and we learn that in order to attend the best schools, make the football team, etc., we have to compete with each other”. There is also a battle going on  between schools to be in the limelight, be it the struggle to get the highest number of A graders, highest university placement, medals in sports or having the most fancy building and campuses.

When it comes to friendship and keeping up with the social circle, competition gets savage. The effect of peer pressure is undeniable and it plays a great role in creating an environment of negative competition amongst friends.  The expectations to be at the same level, to be of same standards and lifestyle lead to ill-will feelings only. Aggression, fear, insecurity and jealously then lead to unhealthy behaviors like faking one’s personality, compromising one’s values, de-valuing others and taking revenge.

Competition continues as we reach the workplace. The workplace rivalries include competition for pay, promotions, benefits, getting the best project and making it to the best employee card and standing out from all others. Sadly, our workplace environment is framed in a way that says ‘I am better and I am going to beat others to prove it’. There leaves no room for positive collaboration that can lead to better productivity and growth, instead the opposite happens as the workforce is on consistent social pressure of keeping up with the destructive competition and sometimes at the expense of somebody.

Sports, on the other hand, are the greatest manifestation of competition. Think of all the sports and you won’t be surprised to find out that every game has win or lose criteria. Team members who do not score a point or qualify for some international game event are left devastated. The feeling of letting team-down, country down or not being good enough is disastrous. It is very unlikely to see sports as healthy, skill learning and team- building activity.

In a broader level, we see competition in the business sector. It won’t be wrong to state that businesses run on competition. All the food brands, clothing and service industries are battling with one another to get the highest customers, highest sales and highest profit, more outlets and the most eye-catching advertisement.  Aerial cleaning most stained clothes, Safeguard beating other soaps in killing germs, Colgate being toothpaste of the entire nation are all examples that we see on TV screens each day. The message that all these quoted brands covey is not that their product is the best, but how other competing products are bad.

Countries too are in competition with one another. Super powers are tussling to get even more powerful and countries trying to beat each other in trade, to get the highest GDF, the highest score on living standards, quality of life and the greatest amount of nukes. The consequences are all evident in Syria, Palestine and other troubled parts of Middle East and elsewhere in world, where continuous blood shed for decades is costing innumerable human lives.

In the same way, the digital world that we proudly brag about is no different.  Social media platforms like Facebook, Instagram, Twitter and Snapchat function as a competition contest wherein users constantly compete to get the highest followers, likes on posts and more popularity. They strive to make their profile most catchy and engaging of all. Like bad competition in real life, it is equally unsafe and promotes adversity.

Where there is adverse competition, there are catastrophic consequences. All the examples that have been mentioned illustrate the negative implications both at micro and macro level. The undesirable side effects of this destructive competition include; hatred, feeling of jealousy, aggression and anger are all destructive. They not only harm the individual but also the person he or she is competing with. It destroys a person’s self-worth. He or she sees himself or herself on the basis of others and tries to be like them, without realizing his or her skills and potential, trying to fit with the idealized version of society. When competition gets fierce, it leads to hostile motives. When a person sees or believes that he is not good enough and cannot see others get ahead, they plot ill-will actions, like taking revenge and harming others.

In addition, this kind of unhealthy competition has been linked to mental health problems. The fear of judgment, of being imperfect, feelings of worthlessness, guilt and negative self-image not only poison the mind but lead to harmful consequences. The implications of such competition have particularly affected the mental wellness of youth, who are at more risk than the elders due to the inherent naivety of young age. This phenomenon to some extent explains the prevailing high mental illness and, consequently, suicide, among youth in Pakistan, particularly those belonging to the North.

When the focus is only on competition, quality gets undermined. Be it related to people, brands, businesses or schools. In people, when a person competes, he loses sight of his or her own abilities, ambitions and directs his or her actions in terms of the person he or she is competing with, which is just naïve. In the case of businesses and brand, the focus is on quantity at the cost of quality and same is with our educational and other social institutions today.

Altogether, destructive competition is unsafe for the society as whole. Because a society can only flourish on the values of healthy competition, good-will for each other and a sense of cooperation to achieve common good. Sadly, it functions on ill-will, hatred, jealousy and revenge today, all fueled by negative competition. This has been highlighted in by Sun Tzu. In his famous work, “The Art of War,” he wrote that negative competition is inherently destructive, overtime on all parties, positions including your own.

Amid the harsh hitting facts, it is important that these kind of harmful and ill-will desires are not allowed to control the lives of human beings. Parents, schools, workplaces, media and society at large should play their role in constructing a culture that benefits everyone, unlike such destructive competition. Because the word competition conveys a positive meaning and motivates a person to do his or her best and also spices up life? However, it’s important to know the types of competition one is involved in and pay attention to its consequences because the dog-eat-dog attitude has never and will never benefit anyone.