UK’s May takes Brexit deal to cabinet as MPs revolt 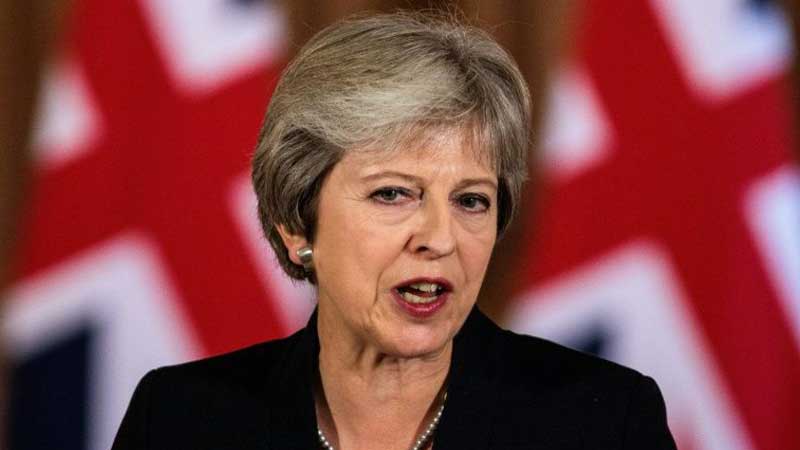 British Prime Minister Theresa May will seek her cabinet’s approval Wednesday for a long-awaited divorce deal with the EU, but hardline Brexiteer MPs warned they will seek to block it in parliament.

After months of talks, May announced late Tuesday that negotiators had finally struck a draft agreement on the terms of Britain’s withdrawal from the European Union next March.

The pound surged on currency markets following the news, which came as Brussels stepped up preparations for a potentially catastrophic “no deal” exit.

But diplomats and officials warned the technical agreement, which runs to hundreds of pages, still needs political approval.

Ambassadors from the other 27 EU member states will meet later in Brussels, while May’s cabinet convenes at 1400 GMT.

If they approve the text, London is hoping for a special summit of EU leaders later this month to seal the deal.

But May has faced constant criticism from her Conservative MPs over her approach, and the deal had barely been announced, when they took to the airwaves to denounce it.

Former foreign secretary Boris Johnson, who quit the cabinet over Brexit in July, said the deal would leave Britain a “vassal state” and urged his former colleagues to “chuck it out”.

AFP/PAUL ELLIS The talks were stuck for months on how to avoid border checks especially on trade and commercial transport between British Northern Ireland and EU member Ireland, if and until London strikes a new trade deal with Brussels

Former Brexit minister David Davis, who quit at the same time, said: “Cabinet and all Conservative MPs should stand up, be counted and say no to this capitulation.”

Most ominously for May, the Northern Irish party which props up her government threatened to break their alliance over reports of a special arrangement for the British province.

“If this is the shape of the deal, we are probably ending up with no agreement,” Sammy Wilson of the Democratic Unionist Party (DUP) told Sky News television.

All eyes were on whether eurosceptic ministers including Brexit Secretary Dominic Raab may join the chorus of disapproval and resign.

“We are clearly not out of the woods yet,” the London-based Capital Economics research group said in a note to clients.