‘Let’s talk and resolve all issues’, PM writes to Modi

ISLAMABAD: Prime Minister Imran Khan in a letter to Indian counterpart Narendra Modi has responded with a ‘positive spirit’ and invited him for a dialogue to resolve all issues, the Foreign Office spokesman said on Thursday.

“The prime minister has responded to PM Modi in a ‘positive spirit’, reciprocating his sentiments. Let’s talk and resolve all issues,” Spokesman Muhammad Faisal said in a tweet.

India, however, rejected Pakistan’s proposal for hosting the next SAARC summit in Islamabad as proposed by Prime Minister Imran Khan.

“Time and again we have said that the atmosphere in the region is not conducive for this summit. It is difficult to hold the SAARC Summit which is to be hosted by Pakistan,” Ministry of External Affairs spokesperson Raveesh Kumar in a press conference said.

The development came in the backdrop of PM Imran’s proposals to his Indian counterpart of a meeting between the respective foreign ministers on the sidelines of the United Nations General Assembly (UNGA) and for holding the 20th SAARC Summit in Islamabad.

Accepting the other proposal, India Ministry of External Affairs spokesperson said that Indian Foreign Minsiter Swaraj and her Pakistani counterpart Shah Mehmood Qureshi were expected to meet in New York on September 27.

“India has accepted the Pakistani prime minister’s suggestion,” the spokesperson said. “The meeting will take place on Pakistan’s request.”

The spokesperson said the decision was made after Prime Minister Imran Khan wrote a letter to Indian Premier Narendra Modi.

Diplomatic sources said Khan stressed that Qureshi and Swaraj should initiate the resumption of dialogue and meet on the sidelines of UNGA.

India and Pakistan should look to resolve all major outstanding issues, including Kashmir, Sir Creek and Siachen, through dialogue, Khan wrote according to sources.

Khan, in his first speech after winning the general election, had said that he was keen to improve relations with India and wanted work to resolve all outstanding issues through dialogue. 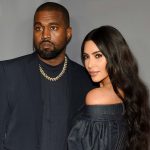 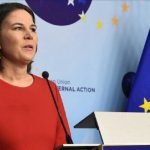