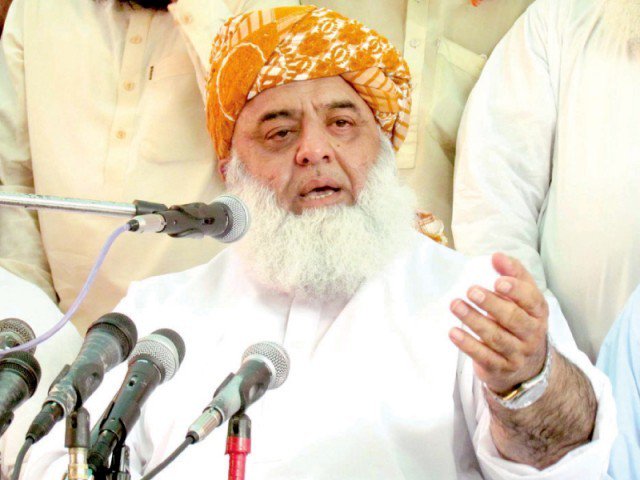 He said that the PPP paved way for Imran Khan to become prime minister by not voting in the leader of the house election. “PPP is giving PTI a chance to get their candidate elected again,” he added.

Fazl said that he has been nominated as presidential candidate by all opposition parties except the PPP. “We will try to have consensus over a joint opposition candidate,” he said.

The joint opposition’s candidate said that he has cordial relation with Zardari adding he would request the PPP co-chairman to withdraw the party’s candidate “for the unity of opposition parties”.

PML-N leader Hamza Shehbaz Sharif said that the opposition will put its maximum effort for success in the presidential election.

“We will convince all the opposition parties to support Fazl,” the PML-N leader said.

The delegation is expected to hold meetings with PPP MNAs and leaders of other parties in Lahore.

The presidential election will be held on September 4. PTI has named Arif Alvi as its candidate, while PPP’s candidate is Aitzaz Ahsan. Five parties of the opposition have selected JUI-F leader Rehman as their candidate for the election.