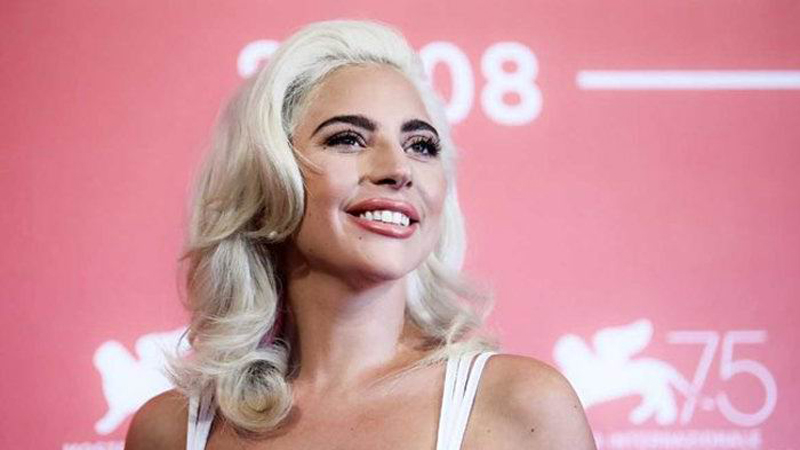 Lady Gaga spoke of her painful road to fame after she shone in her big Hollywood movie debut, “A Star Is Born”, which premiered Friday at the Venice film festival.

“Many times at the beginning of my career I was not the most beautiful woman in the room — but I wrote my own songs,” she told reporters.

The story of an ‘ugly’ girl who thinks her nose is too big and hides behind layers of outrageous makeup had obvious autobiographical echoes for US star. A remake of the 1937 classic, the singer was stepping into some big shoes in reprising a role already immortalised by Judy Garland and Barbra Streisand.

But critics hailed her magnetic performance and on-screen chemistry with co-star Bradley Cooper of “American Sniper” fame, who also directed the film. Lady Gaga said she dug deep into her own experiences for the role.

When she was trying to make it “they often wanted me to give my songs to other singers but I held onto my music with my cold dead fingers, ´You are not going to take my songs from me´,” she said.

“They made suggestions about how I should look,” said the superstar, who thanked a journalist for comparing her nose to that of another great diva, the soprano Maria Callas.

Lady Gaga she said had to be “very strong to negotiate” the music industry´s attempts to remake her. “I would always take a left turn. I never wanted to be sexy or to be viewed like other women. I wanted to be my own artist and my own woman,” she added.

Gaga, 32, whose real name is Stefani Germanotta, plays an Italian-American waitress and singer who meets a country music star on the slide in a drag club where she is performing Edith Piaf´s “La Vie en Rose”.

Sparks fly and soon this odd couple are making romantic and musical fireworks.

Gaga said her biggest fear was “being completely vulnerable and bare” on screen.

Took off her makeup

The first thing Cooper did at the screen test was wipe the makeup from her face, “and I was only wearing a little bit”, she said.

“I always love to transform myself and shape shift, it is part of my art and my music. But he wanted to see me with nothing… and he brought out this vulnerability in me, in someone who doesn´t necessarily feel safe to be vulnerable… he made me feel so free,” she added.

Cooper, 43, said their shared Italian-American roots helped weld the “amazing connection” between them, as well as the experience of shooting and singing live together in front of thousands of people at the Glastonbury and Coachella festivals in England and California.

Unlike the heroine of the film, Lady Gaga said she has never been a shrinking violet when it came to her own talent.

Never less than flamboyant, she made one of the most dramatic entrances in years at Venice, arriving on the eve of the premiere draped over the edge of a water taxi in a black bondage bustier dress with platinum blonde curls.

And her appearance at the film´s press conference was greeted by a clap of thunder across the Venetian lagoon. “The character I play has completely given up on herself at the beginning of the movie. I was about 19 when I started as a singer and I hit the ground running. I was dragging my piano from dive bar to dive bar and I believed in myself.

“There can be 99 people in a room and you just need one to believe in you, and it was him (Cooper) for me,” the singer said of the director. “I got to live my dream, I always wanted to be an actor.” Meanwhile, the Coen brothers premiered their new Western “The Ballad of Buster Scruggs”, a typically off-beat black comedy starring Tim Blake Nelson, Liam Neeson, Tom Waits and Zoe Kazan that gets off with a musical bang. Joel Coen also took out his six-shooter to support Neflix, which financed the film, and has been locked in a bitter row with the rival Cannes film festival. “The fact there are companies that are financing and making movies outside the mainstream is very important,” he told reporters.

“It´s what keeps the art form alive. The more the merrier.”