Jackie Chan to team up with Amitabh Bachchan for ‘Aankhen 2’? 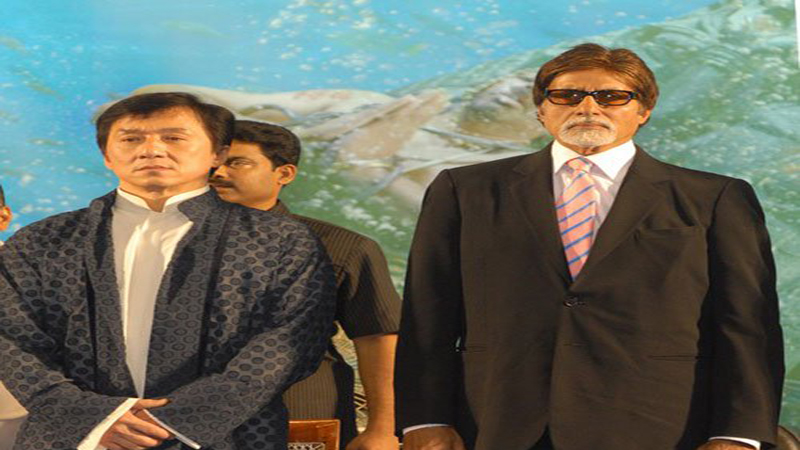 Amitabh Bachan is all set to appear in the sequel of the hit thriller ‘Aankhen ‘(2002). Sixteen years later, the movie is returning with a second part ‘Aankhen 2′. However, it is being said that this time the movie might feature the popular Chinese martial artist, Jackie Chan.

The upcoming movie will be co-produced by Eros International and Tarun Agarwal. The film was directed by Vipul Amrutlal Shah, however, the upcoming film will now be directed by Anees Bazmee.

According to a source, “Amit ji liked the script and has given his nod to the project. Anees has begun prep and will start shooting in 2019. The team is targeting an early 2020 release.”

The producer of ‘Aankhen2′ confirmed the news on Twitter.

Gear up for the new heist-thriller! @ErosIntlPlc & #TarunAgarwal to produce #Aankhen2 starring @SrBachchan. More big names to be announced soon in the ensemble cast, watch this space! Dir. by Anees Bazmee, film to go on floor in 2019 & release in January 2020 @ErosNow

Since the action thriller’s story orbits around a casino in China, Jackie Chan is being considered by the makers for the role. Of late,Chan was in India for the shoot of his comedy movie ‘Kung Fu Yoga’ (2016), which also featured Indian actors, Sonu Sood and Disha Patani.

While The Big-B will play the lead role, it has also been reported that the film might also star Sushant Singh Rajput and Vicky Kaushal.