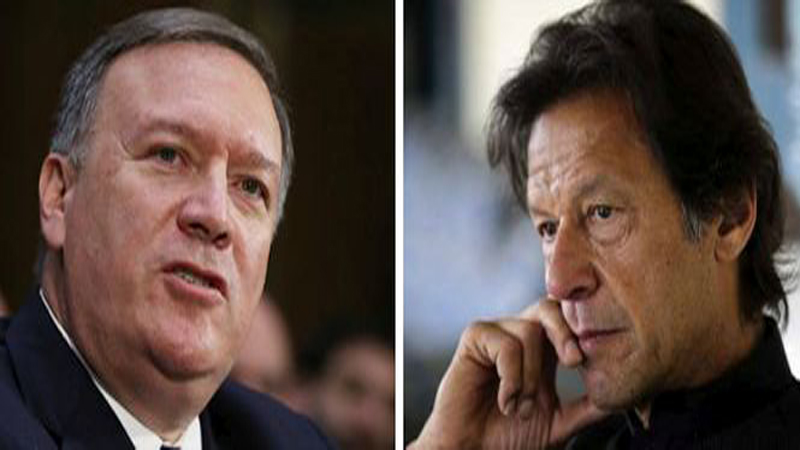 Authorities in Islamabad and Washington DC have been unable to clear the air on the telephonic conversation between Prime Minister Imran Khan and US Secretary of State Michael Pompeo on Thursday.

The bone of contention was the issue of terrorism as a statement issued by the US State Department after the telephonic exchange held that Pompeo stressed on Khan the importance of decisive action against terrorist outfits operating from inside Pakistan. Pakistan’s Foreign Office rebutted the claim immediately, calling the US State Department’s version of the telephonic exchange ‘factually incorrect’. FO spokesperson Dr Faisal tweeted, saying that there was no mention at all in the conversation about terrorists operating in Pakistan.

However, US State Department spokesperson Heather Nauert reiterated in a subsequent press briefing that it stood by the version of the telephonic conversation communicated with the media earlier.

“We stand by our readout. The secretary has noted that he spoke with the new [Pakistani] Prime Minister and expressed his willingness to work with the new government toward a productive bilateral relationship.

Nauert noted that Pakistan was an important partner and hoped that the new administration in Islamabad and Washington DC would be able to forge a good and productive working relationship. She said the telephone call served as a good beginning for the purpose. The initial US State Department statement that elicited a quick rebuttal from the FO was: “Secretary Pompeo spoke today with Pakistani Prime Minister Imran Khan and wished him success. Secretary Pompeo expressed his willingness to work with the new government towards a productive bilateral relationship.

Secretary Pompeo raised the importance of Pakistan taking decisive action against all terrorists operating in Pakistan and its vital role in promoting the Afghan peace process.” Pompeo is expected to visit Pakistan in the first week of September to hold a meeting with the newly-elected PM Imran Khan. The two leaders will discuss bilateral relations and matters of mutual interest, particularly the Afghan peace process, before the US official leaves for New Delhi.