In lieu of Independence Day on August 14, all of August, the Daily Times will highlight individuals who continue to make Pakistan proud. Our fifth interview is with acclaimed actress Saba Qamar 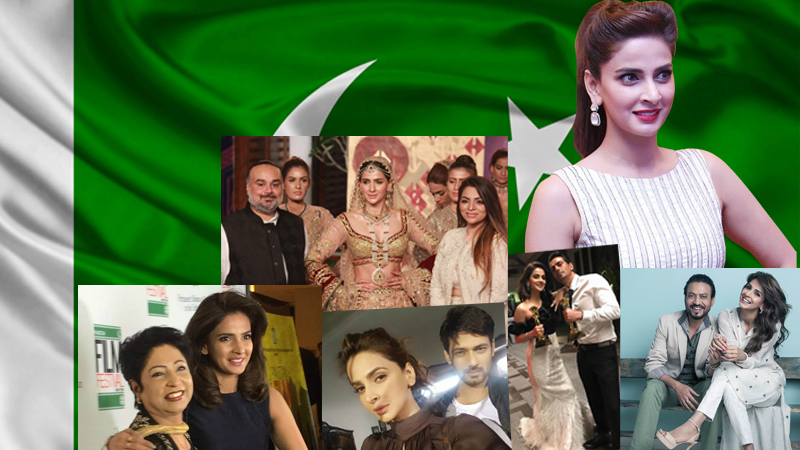 I had never planned on being an actress. I think maybe I was just in the right place at the right time.

You have appeared in a number of drama serials and films as well. Which is more challenging and which is more fulfilling? Is it something you see yourself doing all your life?

I find challenging characters and interesting stories very fulfilling. I can definitely see myself being part of this industry for as long as I can contribute something meaningful and keep on entertaining the audiences with my work. Acting for me isn’t just work, it’s my passion and my hobby and I do not want to leave something I love and enjoy so much.

You are considered one of the country’s most popular and highest paid actresses. Are you affiliated with any charity work? Which social issue do you feel the most connected with?

There are quite a few social issues that I feel strongly about and are very close to my heart. The most important one is education. I cannot emphasise enough on how important education is. This is something that needs immediate attention as I believe illiteracy can be the root cause for many problems that our society is facing right now. I encourage and urge people to invest in good education as it will shape the future of our children and our society.

You are a proud recipient of several accolades including the prestigious Lux Style Award, Hum Award and also a nominee for the international Filmfare Award. You also hold the Tamgha-e-Imtiaz. What according to you has been your biggest achievement so far?

No doubt awards and nominations are very important for encouraging an artist but my biggest achievement is the love and the appreciation that I receive from my fans and their expectations to do better is the most exciting part for me. The bond and relationship that I have developed with my audience over time is my biggest achievement so far.

Your performance in TV serial ‘Main Aurat Hu’ was appreciated countrywide. Which character has been the most challenging or memorable?

Playing Qandeel Baloch in ‘Baaghi’ has been the most challenging character for me thus far. It was challenging because it was a real life story and I believed it was my responsibility to portray Qandeel Baloch’s character and her story in the best way I possibly could. Also, while shooting for ‘Baaghi’, I was going through a rough period in my personal life which just made the entire experience of ‘Baaghi’ an emotional rollercoaster ride for me.

Saba Qamar is a versatile actress who is not only ruling our TV sets but is also setting the big screen ablaze. Where her drama serials such as ‘Dastaan’, ‘Pani Jesa Pyar’, ‘Maat’, ‘Bunty, I Love You’, ‘Besharam’ and ‘Baaghi’ have won her both national and

international acclaim, her films ‘Aina’, ‘Manto’, ‘Lahore Se Agay’, ‘8969’ and ‘Hindi Medium’ have cemented her as one of the best actresses in the country.

Saba is known for her immaculate acting skills and also her acute sense of fashion and glamour, not just in Pakistan but all over the world. Internationally, she received critical acclaim for her portrayal in the comedy-drama ‘Hindi Medium’, which ranks among the highest-grossing Indian films of all time and earned her a nomination for the prestigious Bollywood Filmfare Best Actress Award.

Your Bollywood film ‘Hindi Medium’ is one of the highest grossing Indian films of all time. Tell us about your experience working in India. What experiences and technical knowledge did you bring back home? How much is Pakistan lagging behind when it comes to universal cinema?

As I have mentioned in many of my interviews, I loved working on ‘Hindi Medium’ and it was a great learning experience for me. One thing that I learned during my time in India was how open everyone in their industry is to suggestions and positive criticisms for the benefit of the entire script or character or a film. I believe our industry has talented artists and we are working towards an industry that will be known worldwide for its amazing content and work. All we need to do now is to just work hard and work towards bettering our craft, be open to suggestions and improve our work and not make everything about our ego but think of working as a team by focusing on the end result.

‘While shooting for ‘Baaghi’, I was going through a rough period in my personal life which just made the entire experience of ‘Baaghi’ an emotional rollercoaster ride for me’

Being nominated for a Filmfare Best Actress Award must have been exciting. What motivates you to excel no matter what?

I love acting and it is as simple as that. I love doing work that is meaningful, challenging and entertaining.