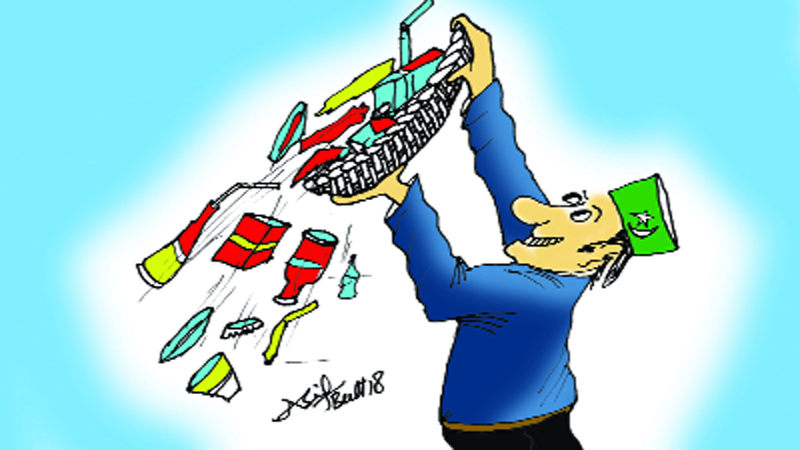 Sir: Littering plays a central role in polluting the Earth. It is the major reason that more and more of the earth’s landscape is being buried under heaps of trash. Littering is not only harmful for people it is also harms natural ecosystems. It is especially dangerous for marine life. Litter also attracts flies and helps them reproduce at a faster rate. This can cause several diseases.

People in our country are least bothered about disposing of their trash properly. It seems that nobody is prepared to make the small effort of finding a trash bin. When driving they find it much easier to open the window and throw trash on the road rather than being responsible citizens. People also get rid of plastic bags and tin cans like this, which can be dangerous.

To save our homeland we have to work together. If someone throws litter, they must be held accountable. Furthermore, our streets must be cleaned multiple times a week. The government should also ensure that there are more trash cans and other waste disposal tools in our cities and towns so people are less likely to throw trash on the streets.