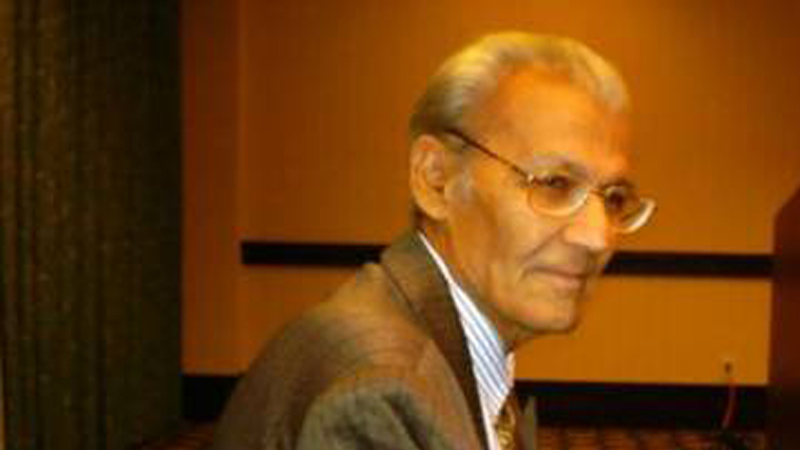 Karachi: Rasul Bux Palijo was a leftist leader, writer and scholar who contributed enormously in the struggle against anti-dictatorial rules and the movement for water rights in Sindh. .

He was born on February 21, 1930, in his native village of Mungar Khan Palijo near Jungshahi in Thatta district. After completing his early education, Palijo moved to Karachi where he was enrolled in Sindh Madressatul Islam school for his secondary education. later he graduated with a law degree from Sindh Law College Karachi.

He started his political career in 1953 by joining a movement for the rights of farmers known as ‘Hari Tehreek’ (Peasant Movement). Later, he also joined a progressive political party of late 1950s, the National Awami Party (NAP) , but he left the party after differences with party leadership.

In 1970, along with some progressive politicians Palijo formed Awaami Tahreek Party (ATP) in Hyderabad. Palijo was the first elected secretary general of the party. Palijo was among the first Sindhi leaders to support the inclusion of women in politics. He also formed a women wing of ATP called ‘Sindhiani Tahreek’.

Palijo authored over two dozens of books on politics, literature and philosophy.

He was also very active during Movement for Restoration of Democracy (MRD), a historically populist and massive left-wing political alliance formed to oppose and end the military government of former dictator Zia.

During his political career Palijo was jailed for over a decade in different jails of Pakistan. During his imprisonment in Kot Lakhpat jail, Punjab in 1980, he wrote a jail diary under the title “Kot Lakhpat Jo Qaidi (Prisoner of Kot Lakhpat). In 1981, Amnesty International declared him as “Prisoner of Conscience”.