CHAMAN: The Pak-Afghan border at Torkham and Chaman reopened for its second day and thousands of people are expected to cross the border on Wednesday.

According to media reports, the border will stay open from 8:00 AM till 5:00 PM to allow several stranded Afghan nationals with complete travel documents to travel on foot.

On Tuesday, over 19000 Afghan nationals entered Afghanistan from both points at the border. Moreover, over 2000 Pakistanis from Afghanistan crossed over into Pakistan.

However, the bar on trade activities between Pakistan and Afghanistan is still in place. The Chaman border, Bab-e-Dosti, will be opened from 8:00 AM till 5:00 PM.

On Monday, the Pakistani authorities said they would open the border for two days to let Afghan nationals with valid visas pass through.

The border between Pakistan and Afghanistan was closed after a bomb blast occurred in Sehwan which killed at least 80 people.

The border has since been closed due to security concerns and non-cooperation by Afghan authorities regarding an effective border management mechanism.

Pakistan has recently voiced concerns over presence of terrorists in Afghanistan as authorities believe the majority of last month’s attacks in Pakistan were coordinated from Afghanistan.

Defence Minister Khawaja Asif said that Pakistan has the right to take action against terrorists based across its border with Afghanistan, adding they would not remain quiet on the martyrdom of their troops.

The statement comes a day after five Pakistani troops embraced martyrdom in an attack on a Pakistani checkpost in Mohmand Agency.

In response to the attack, Chief of Army Staff General Qamar Javed Bajwa said, “Terrorists must be denied freedom of movement along the border.” He also lauded the immediate response of the personnel, however, expressed grief over the loss of precious lives. 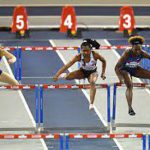