It is undeniable that our rational, reason-driven worldview has borne many fruits 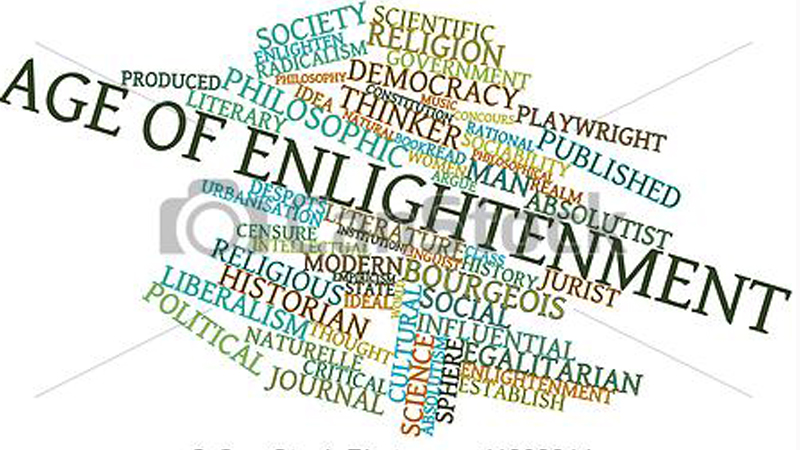 One of the significant shifts of our time is towards social liberalism and humanism. Liberalism is premised on the principle of unregulated individual discretion, so long as there is consent and no threat of harm to anyone else. Humanism is the primacy attached to the human agency; the belief that humans can, in and of themselves, establish normative laws, codes of ethics, and value systems without recourse to divine authority. Both these trends are products of the enlightenment period that extolled human intellect and scientific empiricism as necessary instruments to raise the quality of the human condition.

The fruits from this reason-driven enlightened view of the world are undeniable. It lifted Europe, hitherto sunk in ancient feuds of antiquity, out of the dark ages, while the rest of the planet staggered from the ball and chain of medieval thinking. Over time, the ‘Western’ way of life became the grand template against which all else was compared. Today, people in developing countries stretch their inherited identities as far as the laws of physics and biology allow, simply to pass off as Western.

Without a doubt, the deliverances of a system that elevates the virtues of human rights, liberties, and rational thought are tempting. The US declaration of independence captures this as much: ‘life, liberty, and the pursuit of happiness’. Surprising then, despite such heady declarations, the US is nowhere in sight among the world’s happiest countries. A single glance at this ‘city on a hill’ reveals a range of pathologies: school shootings, angry white cops doing target practice on blacks, deaths by medication overdose, deaths by suicide, high rates of depression, hyper-anxiety, and a chilling endemic of loneliness.

It is true we’re living longer today, and trends around global crime and poverty are promising – but no one can say with a straight face that we are any happier today than we were at any other point in recent history. It appears the tangible upside to all this human progress is mightily offset by the intangible downside, most of which we cannot fully identify, let alone understand. Part of this is a factor of the rate of change – too much has changed too fast for our evolutionary mechanisms, our primate response systems, to catch up to modern culture. But the other part is some variant of path dependence, the forward rush with modernist principles (humanism, liberalism, individualism, scientism etc.) with arrogant disregard for unintended consequences – the unknown unknowns. This is not to suggest we necessarily harken back to medieval ways of yore, but it does mean that we question the salience of modernist principles considering emerging ramifications previously unknown. At a minimum, we need to question if human well-being lends itself to ever increasing atomisation of the individual, without psychological knock-on effects we are only now painfully discovering. After all, for most of our history, we existed in smaller tribes and tighter communities. We lived in conditions where decision-making was often an act of faith or driven by some manner of consultation. The scarcity of resources meant fewer choices and simpler lives.  Then came along the ‘liberating’ forces of economic liberalism, and with them, more choice. Bundled with all this choice came individualism – the idea of autonomous, self-reliant, global citizens, removed from context and community. So, essentially, there was individual choice combined with personal autonomy – attractive sounding, but combustible in excess. The cherry on top was this continuous awareness of what one lacked via 24/7 social media newsfeed. This had all elements of a cruel social experiment: lay excessive choice at the feet of people, keep raising the stakes, add layers of complexity so people are left constantly scratching their heads and questioning their choices, throw toxic transparency into the mix via social media, and finally thrust the full weight of life-altering decisions on individuals operating purely on their own. The outcome is some combination of cognitive overload, decisional paralysis, and the constant fear of missing out – the perfect recipe for an overworked, anxious, insecure, super-stressed society, with diminishing fertility rates and a perpetual sense of loss and disconnect. Despite this, the whole modernist deal is hard to turn down, with all its neat packaging, and the promise of ‘freedom’ and ‘individual choice.’ The freedom that comes with its own invisible manacles, and choice engineered to keep folks running around in circles.

It is true that today we have longer lifespans, but no one can say with a straight face that we are any happier today than we were at any other point in recent history

The situation is made worse when ‘human reason’ or ‘scientific empiricism’ are rendered the only tools to uncover deeper truths around questions of human existence, meaning, and purpose. Any reliance on learned or acquired traditions, belief systems, or even human intuition, is summarily dismissed as regressive thinking. What is often forgotten with this way of thinking is that truth operates at a much higher layer of abstraction than what can adequately be captured by tools of empiricism alone, especially when such tools continue to evolve, as do the questions they are supposedly trying to answer. In his book, Sapiens: A Brief History of Human Kind, Yuval Noah Harari notes there are two broad ways to view the world: the natural order and the imagined order. On Harari’s account, most realities we classify as truths are not objective truths (if they can be said to exist at all), rather they’re imagined truths. Take currency. The value we confer to the dollar bill represents our faith in the forces of supply and demand and established economic principles. It’s a promissory act of faith in systems and forces and written law. Something similar could be said of corporations, nation-states, or as Harari argues, even belief systems – all emerging from intersubjective truths (imagined realities shared among people).

Interestingly, what Harari suggests in his book about imagined realities is also backed up by science. We know today that natural selection – the underlying logic of human evolution –is optimised for fitness maximisation and not so much the discovery of perfect truths, i.e., natural selection is not invested in our best description of reality, hence the embarrassing glitches in our optical nerve system (yielding optical illusions), or that our picture of reality varies greatly in comparison to other species – suggesting, thereby, that there is no singular, coherent, monolithic view of reality.This is reinforced further at quantum levels, where our classical (Newtonian) conception of physics falls through the cracks.

Fair then, to say, if reality is subjective, then so are most truths. Yes, they must remain in reasonable orbit of consensus reality. But let’s admit it, we all play this game of defining our owntruths – ‘metaphorical’ truths; principles we live by regardless of their objective/literal reality. Hence, statements like “we hold these truths to be self-evident, that all men are created equal(..)” are a beautiful precept to live by, even though it’s literal/empirical reality is dubious at best. Or take free-will. We believe we have it, and justifiably organise our lives around it, even though we know, at the level of the brain, it’s just synaptic connections and neuronal firings which we don’t quite control. But being told we are all pre-determined automatons is not quite the best pat on the back; free-will makes for an assuring story.

And given our state of the world, we could all do with more assurances.

The writer can be reached at tahanajeeb@hotmail.com