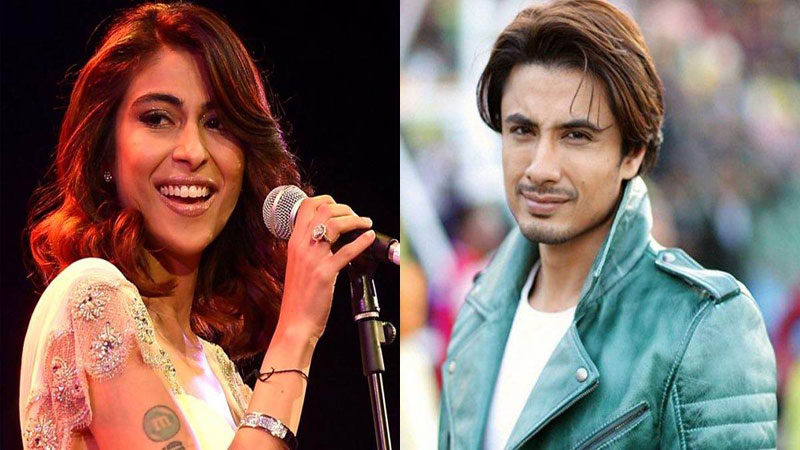 The Meesha Shafi and Ali Zafar controversy takes a new turn, as the former receives a legal notice from Ali’s counsel for Rs.100 crore on Wednesday.

Ali Zafar’s counsel sent a legal notice to Meesha Shafi that she received on Wednesday, demanding her to remove the tweet condemning Zafar of sexual harassment of a physical nature on various occasions. The notice also sought for an apology on “the same social platform of Twitter,” which was used to accuse him, to announce Ali’s innocence. Failing to do, a defamation suite of Rs 100 crore will be filed against her.

In a copy of the legal notice available with the media, Ali has asked Meesha to delete the accusing tweet and issue an apology on Twitter within 14 days after receiving the notice. The letter has also stated that the counsel has instructions from client Ali to claim damages to the tune of at least Rs 100 crores.

Meesha’s lawyer, Barrister Muhammad Ahmad Pansota has strongly dispelled the contents of the notice as ‘false’ and said that Meesha’s allegations of sexual harassment against Ali Zafar are based on ‘truth’. Meesha’s team, in fact, has evidence of the said harassment proclaimed against him, he said.

The notice read the following: “Quoting Meesha’s tweet in which she alleged harassment, the notice read, “That you have accused our client of repeated sexual harassment of a physical nature and through this accusation you have made yourself a part of the global #MeToo movement raising affinities and sympathies for yourself based on a lie and a defamatory campaign being spearheaded by you as a result of which all news channels, newspapers and social media platforms in the country and abroad are reaching conclusions about the character of our client.”

“That the fiction tweeted by you is actionable as libel as our client has never sexually harassed you neither has he ever had any intention of sexually harassing you. Your tweet has come as an absolute shock and brought dismay to his person, his family and millions and millions of his followers worldwide,” it added.

The legal notice from Ali’s counsel, after stating Ali Zafar’s achievements and work for the film and music industry, said that Meesha Shafi’s fictional tweet has brought “shock” and “dismay” to Ali, his family, and the millions of his fans across the globe. It made sure to add that Meesha has used her twitter to mudsling Ali with her tweet.

However, earlier, in conversation with Daily Times, Nighat Dad as Meesha’s legal counsel expressed her confidence in Meesha’s team and said that they had a strong case, in which all-out efforts would be made to ensure that “justice is served” to amend the flawed culture of victim-shaming and sexual harassment in the country. “We will try our best to ensure that a precedent is set in the case, because the entire world is currently seeking an end to sexual harassment, and it is about time Pakistan also adopted a zero-tolerance policy against the menace,” she said.