* On Tuesday, numerous media outlets reported that Peshawar Corps Commander Lt Gen Nazir Ahmed Butt had issued a statement that the demands of PTM were genuine and that a dialogue could be opened up. However, these reports were not officially confirmed. 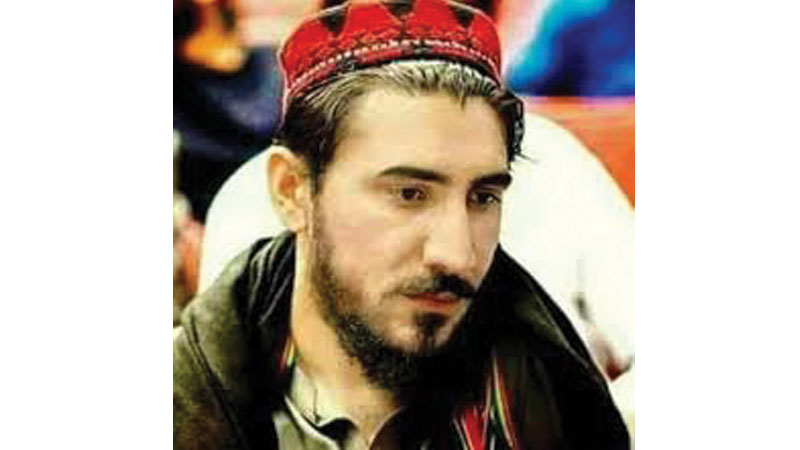 We hear that Corps Commander Peshawar Lt General Nazir Ahmad Butt, according to media reports, has set up a committee to talk to Manzoor Pashteen and discuss his five demands.

Regardless of whether that is true or otherwise, the reality that faces us all is that genuine grievances remained unaddressed all these years since procrastination prevented affirmative action. Delays in responses to apparently minor issues can often entail major political consequences including, though not limited to, wasted time, missed opportunities, poor institutional performance, and increased social stress. The Pashtun Tahafuz Movement (PTM), on the face of it, is also born out of procrastination, inaction and insensitivity to what FATA residents go through. This inaction has armed young people from Waziristan like Manzoor Pashteen with deadly ammunition to hurl at Pakistani institutions, including the army.

Both the civilians and the army allow small issues to fester until they become bigger concerns and overshadow national discourse – regardless of how much the media censors them. Instead of proactively addressing grievances, the authorities went into a muzzle drive, zeroing down lots of good news coming out of FATA itself.

Humiliation at check posts while entering or exiting from FATA, obvious discriminatory handling of Pashtuns, outstanding compensation to those who lost businesses and homes during the Operation Zarbe Azb etc, are concerns that deeply impact human psyche and can easily degenerate into rebellion.

The foregoing raises an automatic question as to if all demands have been legitimate then why black out speaches by Pashteen? Will the authorizes apologize for this? If not, how do they justify their initial rejection of PTM’s campaign, or will there be attempts to help PTM rationalize its discourse, urging its leaders to tone down their anti-military rhetoric?

In fact, some their speeches have been blatantly anti-army and some construe them as incitement to violence. Will the PTM leaders too apologise for it? Not that one would condone the army for human rights violations but even states like the US or China do end up with the excessive use of force when it comes to safeguarding the interest of the larger community. Its nothing limited to Pakistan only. Otherwise we wouldn’t have Guantanamo Bay, or Bagram detention centres.

One wonders why didn’t the Political Agent of North Waziristan or his deputies move when local traders began protesting for compensation and eventually came down to Islamabad, where they called off the protest after meeting with Army officials? For decades, the political administration has been handling such situations but in this particular case, no one had any clue as to why so many tribesmen, most of them lungi-holders headed out to camp at Islamabad?

Unfortunately, lots of good that has happened has escaped public attention. Since March 2007, when the army launched its first formal operation in the Kaloosha area of Wana; then, Uzbek militants, led by Tahir Yuldadashev had launched vicious attacks on the Pakistani military and civilian officials from house of local notables, and thus the military response. Kaloosha indeed was the first battlefield that exposed the army to hands that had begun biting back.

But now, the son of a Taliban commander from the same Kaloosha sub-district, is studying at the Hassan Abdal Cadet College. In an unprecedented stellar performance recently, this young boy not only broke all records since 1953 for the first year but also topped the Rawalpindi board for intermediate.

Similarly, the son of a former pro-Taliban farmer from Wana, enrolled in 2012, has recently been promoted to the rank of Captain.

In addition, new education facilities, including five cadet colleges ( 2 in south Waziristan, one in Razmak, North Waziristan and Kurram each) have been set up. At least 67 graduates of these colleges recently passed out of the Pakistan Military Academy, with another few hundred currently studying at these colleges.

The rise of young talent within national institutions underscores an undisputed fact; education and skills development can serve as a huge mainstreaming factor. It reinforces the age-old dictum that education can be a balm that heal wounds and erases misperceptions.

Education and skills hold the key to the future of FATA. For now the federal government has to step out of policy paralysis and amend the Article 247 of the constitution. Besides the legislation, which will help mainstream FATA, funding also remains firmly in the hands of the federal government. This needs to change.

The PTM narrative can be best addressed if both the army and the civilian authorities develop a whole-of-government approach to handle FATA’s rights issues. The answer lies in addressing these issues instead of censuring or blacking them out.

Why not involve people like former Ambassador Ayaz Wazir, Rustam Shah Mohmand or a number of police and army officials from FATA – who have all been inspiring stories for their communities. Instead of blowing trumpets, the authorities need to undertake a sustained process of engagement with the FATA communities, which need corrective and not coercive measures, for a way out of the present abrasive stand-off. Let actions blunt motives if there are any to PTM.