I tweet. I don’t write articles. But this is yet again another moment in Pakistan’s sad social political history where we have an opportunity to learn and fix ourselves. There really is no other sophisticated way to describe our malaise. Fix our mental state and thus actions.

I am an optimist, I believe people are essentially good, why suspect them without cause or a reason or proofs. It is my nature. Many consider this naïve and not very sensible – especially in Pakistan. Nevertheless, it is what it is. I supported Pakistan Tehreek-e-Insaf for those very reasons. We need a change in our social economic political direction if we are to survive as a nation, emotionally, as much as physically. Both matter frankly if a state wants to survive; one can’t go on forever without support. Imran Khan turned out to be a charlatan, an emperor with not so new clothes. I feel sympathy at one level for him, because he is fighting personal demons clearly, as many of us in Pakistan are, but we cannot afford anyone in such a situation at the helm of decision-making; or frankly, influencing millions of minds.

We are one of the most traumatised societies & polities in the world. 1947 saw one the largest violent movements of human settlements the world has seen. And we haven’t dealt with that reality openly with ourselves as a new family called Pakistan, or with our children, who have no idea what Pakistan is because we haven’t figured that out together – yet.

Who are we? This has to be an important question to answer. I am a Pakistani. Hmmm. What does that mean? For me it is a geographic place I call home, homes in Pishin Baluchistan and Babribanda near Kohat and Islamabad where my parents lived when in Pakistan. I am a Pathan with both sides of the family serving Pakistan forever – the idea of Pakistan isn’t a question as such it is our home and from its inception we have been part of the movement of creating a space for all those who needed a safe haven from oppression. We welcomed those who wanted to share our home as their home. That’s our culture. That is the idea of my Pakistan.

The Quaid for me was secular, progressive, inclusive & modern – all things we could not enjoy in an undivided India, and hence the need for Pakistan. This isn’t about what is true or not, or historical posterity telling us otherwise. It is what at that moment in history we decided, those who believed in a Pakistan. I get it and accept it. I am not agonised by it. I am not uncomfortable with new truths which revealed later. That is how human civilisations develop change shift. It is what it is. I am not discomforted by truths. 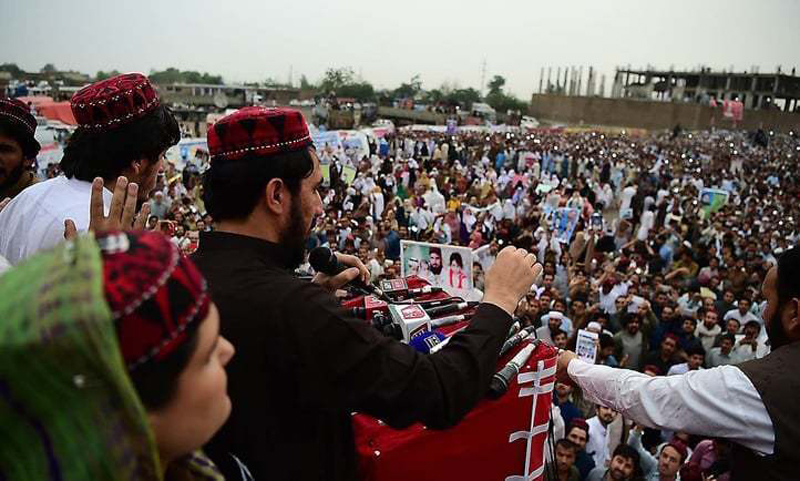 Rigidity and manufacturing truths can become extremely hazardous to ones mental, spiritual and physical health. We’ve seen it. We are a living example of it. Our imposition of specific ideas of faith, religion, state nationalism and holy cows and erasing traumas as if they never occurred, overlooking, ignoring millions of people as if they do not exist, they do not matter, cannot be a sustainable model for our mental health or nationalism. Not for Pakistan, not for any human settlement in a social contract as one nation. We have had these warning signals in 1956 (martial law), 1970 – the breakup of more than half of our country – 1973 – invading your people in Balochistan and many similar self annihilating actions. The Talibanisation of your own society in the name of religion, freedom and national security when any sane person knew this was suicidal for the nation state and its citizens. We are again there, 70 years later. 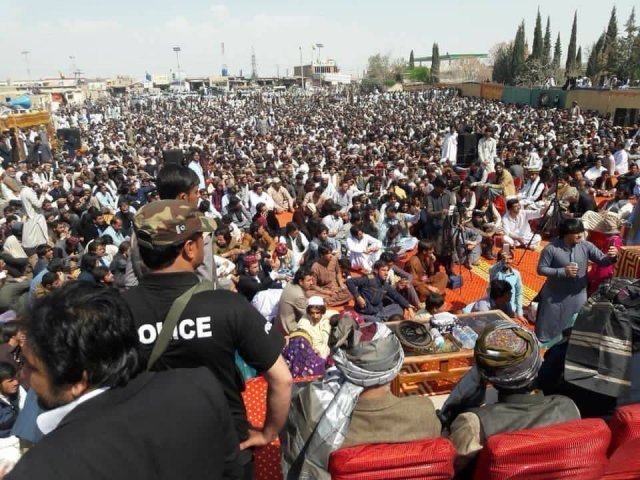 A social movement, Pakhtun Tahafuz Movement, has revealed the truth and reality of Pakistan’s social economic politics. The disenfranchised, the victims of violence, the marginalised majority in our elite economy are challenging the powers that are.

The politicians and political parties are neither stakeholders, mediators or even relevant. Their value is naught in this struggle. Their comprehension of the plight is zilch, their political direction is nowhere. Pakistan’s awakening is between the security state and its citizens. What a strange, awkward reality has emerged. What we haven’t fixed following 1947 has come to roost. We have no democracy but if it is to emerge, the conversation with civil society like PTM has to manifest in concrete actions, which includes and protects and respects all Pakistanis within the geographic boundaries of Pakistan. This has made the usual conspiracy theorists lose their balance because this reality of organic representatives of the victims the voice of the voices directly, who are engaging in a peaceful, non-violent but powerful conversation with those who matter. Why are you treating us as cannon fodder? We no longer accept any of the explanations offered by you to treat us as cannon fodder. What is Pakistan? Back to square one.