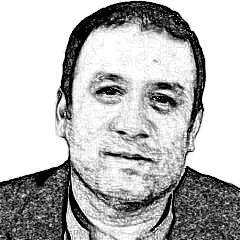 In the absence of a robust, affordable public school system, it is natural for private entities to fill in the space and gradually monopolise an area of great national bearing

While traditional science tries to explain supposedly predictable phenomena like gravity or electricity, Chaos Theory tries to make sense of unpredictable, extremely complex systems like the weather, the stock market or society. The unpredictability is on account of what experts presume are an infinite number of variables involved in shaping these systems. To be fair, science is actually the human journey of unraveling the hidden variables ruling our lives. The more we discover, the more we control. Our social systems, our education systems and our ecosystems are all interconnected and we must try to understand their complex interplay and how best to tweak the variables involved to favourable outcomes.

The constitution of Pakistan obligates the state to provide free and compulsory education to all children aged five to sixteen years in such a manner as may be determined by law. The manner refers to the overall environment in which education is imparted. This includes the curriculum, facilities, teacher quality etc. There has always been a lot of noise in the media about how expensive good education is in this country, and how a cartel of private schools is fleecing Pakistanis seeking decent education for their children. Private schools loudly disagree. Let me wonder aloud, if the situation is indeed tough for private schools, then why do they continue to pop up in every nook and corner like wild weeds? What fuels their phenomenal expansion across Pakistan? Understandably, in the absence of a robust, affordable public school system, it is natural for private entities to fill in the space and gradually monopolise an area of great national bearing. As opposed to the state, these entities are driven by profit and inherently inaccessible to large segments of society. Who can deny the impact of an education system available to all strata of society? The ramifications of a broken down system serving niches in the population are monumental in terms of entrenching and perpetuating the divisions in society. The barriers thus erected stand for generations severely limiting fair access to opportunity.

Affordable, quality education is a fundamental right. Dare I say, it is the very foundation on which the edifice of democracy is raised. Education promotes tolerance and dismantles social barriers and prejudices. There was a time when schools in Pakistan were venerated institutions promoting values like mutual respect and peaceful co-existence and served to blur the class divide and bridge the chasm between classes. Many among us fondly recall the days of yore, when things were different. The schools run by Christian missionaries and state schools offered an environment that ensured upper-class children learnt to live with the less affluent members of society. This led to increased social intermingling at an early age and dilution of class barriers. The fee structure was quite affordable, allowing a diverse cross section of society to offer decent education to their children. The coexistence of various economic classes under one roof also meant greater tolerance for differences like religion, caste and creed.

The story changed when the state abdicated its responsibility of offering affordable, quality education, leading to the collapse of the public school system. Two distinct education systems (private and public) thus emerged, with divergent curriculums and modes of instruction, conflicting perspectives of the discourse on national security and the role of religion in society. Education fell prey to greed. The structure of the country’s civil service, bequeathed to us by the British, was inherently biased towards those proficient in English. Given the preeminence of employment in the civil services and the armed forces and its bearing on one’s social standing in society, English naturally supplanted Urdu as the language of the rulers and the elite. This accelerated the mushroom growth of private schools with fancy names and outrageous fees that were aimed squarely at the English-speaking classes. In a way, these private schools, their tall claims of serving the cause of education notwithstanding, reinforced class barriers. Schools gradually became places where you bought education without imbibing values like honesty, integrity, tolerance and social responsibility.

There is an endless debate raging between the free market exponents who never tire of advocating the laissez-faire doctrine and the torch-bearers of regulation, who never tire of speaking for state interventions to rein in the greed of private entities. This is an inconsequential argument given the sizeable number of proponents arguing for both the frameworks. I believe state intervention sometimes becomes a compulsion in order to leash the rampaging market forces. The way out for Pakistan is to invest heavily in public schools and reduce the stark difference between the two divergent streams of education. It is the absence of viable alternatives that has led to the present uproar against private schools. It is the exploitative relationship between a captive audience and the opportunistic private schools that is causing resentment, and justifiably so.

The writer has years of experience with both corporate and public sectors. He moonlights as a journalist