Political leaders across partisan lines must commit themselves to the preservation and development of democracy in Pakistan if they want to keep playing, or else the game will soon be over 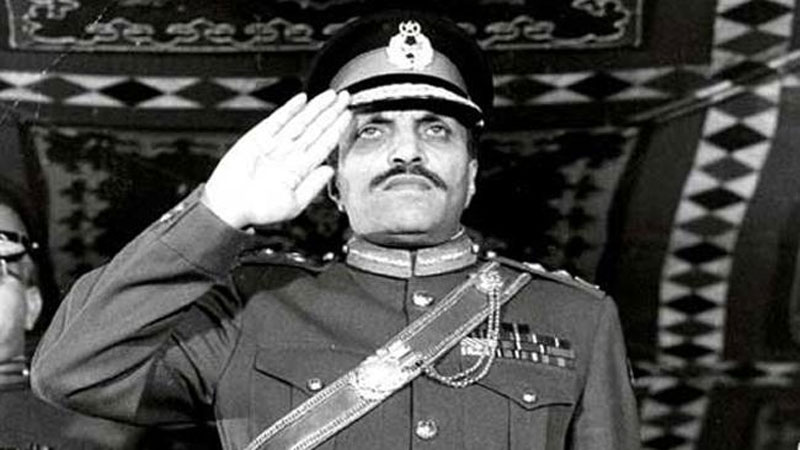 In the history of contemporary Pakistan, Operation Fairplay, which took place on the darkest night of 4 July 1977 (co-incidentally America’s Independence Day), remains the most tragic event that has ever occurred. Its damage has never been repaired until the present day. Yet to my horror, many young and highly educated Pakistanis whom I have interacted with have never heard of Operation Fairplay. I, therefore, find it necessary to remind the people of Pakistan how their great nation became enslaved to one of the harshest military regimes that led to the judicial murder of their popular democratically-elected Prime Minister Zulfikar Ali Bhutto that put to shame even the worst tyrants known to humanity.

Operation Fairplay was the code name for the coup d’état orchestrated by General Ziaul Haq that overthrew Mr Bhutto’s government placing him and the senior leadership of the Pakistan Peoples Party (PPP) under arrest. It is the developments preceding Operation Fairplay which make me fear that this could be replicated again in 2018.

In March 1977, Pakistan held its first election after the loss of East Pakistan; the PPP won a landslide victory with 155 out of 216 seats in the national assembly which was well above a two-thirds majority. The opposition at that time was a coalition of nine right-wing Islamist parties known as the Pakistan National Alliance (PNA). The PNA secured only 36 seats in the national assembly under the campaign slogan ‘Nizam-e-Mustafa’ (rule of the prophet) in a similar fashion Hindutva politician are trying to establish Ram Raj (rule of Lord Ram) in India today.

Following the 1977 elections, the PNA protested against the outcome alleging that the PPP had rigged the polls. The PNA went the streets to demand the resignation of Prime Minister Zulfikar Ali Bhutto and lobbied the Pakistan Army for military intervention. In an interview to the Times of London in April 1977, Bhutto termed the opposition as ‘myopic men’ wanting to grab power. This reminds one of Imran Khan who said the 2013 general elections were ‘the biggest fraud in Pakistan’s history’ and demanded the judiciary to do ‘justice’ alleging the electoral machinery to have acted in favour of the Pakistan Muslim League-Nawaz (PML-N).

If one examines Pakistan’s political history closely, it can be inferred that it has always been political leaders that have collaborated with the establishment to unseat democratically elected governments in Pakistan

In June 1977, a month before Operation Fairplay or rather ‘Operation Foulplay’, the PPP and PNA had entered into talks to settle their differences peacefully. It is commonly believed that an agreement was already reached and it was about to be signed before Mr Bhutto was issued the red card. This shows that the Army had already wanted to depose democracy in Pakistan and made use of the political situation to legitimise their actions. In comparison to the other military coups in Pakistan, Operation Fairplay is of special significance as it marks the first instance of the ‘doctrine of necessity’ applied while the 1973 Constitution was in effect — the same constitution upon which Pakistan is governed today. Although the ‘doctrine of necessity’ had already been adopted by the Supreme Court of Pakistan ruling in 1955 ‘that which is not legal, necessity can make legal’, it is this dangerous doctrine that has made Pakistan susceptible to military coups despite it being prohibited under article 6 of the 1973 constitution which states that ‘Any person who abrogates or subverts or suspends or holds in abeyance, or attempts or conspires to abrogate or subvert or suspend or hold in abeyance, the Constitution by use of force or show of force or by any other unconstitutional means shall be guilty of high treason.’

Mr Bhutto, who was instrumental in framing the 1973 constitution, may have felt that the article 6 could save democracy in Pakistan. Looking at its words, anyone could judge that the actions of General Ziaul Haq and General Pervez Musharraf would constitute of nothing less than ‘high treason’ punishable by death in Pakistan. It is the ‘doctrine of necessity’ that has boosted the audacity of military dictators to kick the sanctity of the ballot box. No country can ever implement the rule of law if it falls for the fallacy of such a doctrine. It seems that the judiciary of Pakistan would only discard the doctrine of necessity when 111 Brigade comes marching into the chambers of the Supreme Court.

As observed by Pakistani historian Ayesha Jalal in her book titled The Struggle for Pakistan, ‘Zia was prepared to hold (elections) only if he could get positive results. Unruffled by the legal implications of his arbitrary position, he dismissed the constitution as a mere booklet with a dozen or so pages that he could tear up at will and he rested assured that the political bigwigs would follow him with their tail wagging.’ She further comments that ‘This is not the sort of banter expected of a humble, gracious, and God-fearing man. Such bravado, however, had become a vital part of the performative repertoire for governing a wayward country like Pakistan.’

It is this thinking of the establishment that it possesses the power to veto the ballot box which has caused almost permanent political instability in Pakistan. This is also the reason to blame for the break-up of Pakistan in 1971. At that time, it was Zulfikar Ali Bhutto who rejected the mandate of the Bengali people. In the December 1970 elections, Bangabandhu Sheikh Mujibur Rahman became Pakistan’s first Prime Minister-Elect under the one man, one vote system. However, he was never allowed to assume the office.

A couple of months ago, Nawaz Sharif came under sharp criticism from opposition parties including the PPP for his remarks comparing himself to Mujibur Rahman. It was disappointing to see Asif Ali Zardari joining in to hurl abuses at Mujibur Rahman and Nawaz Sharif given that his father-in-law and wife were victims of the same atrocities that Nawaz Sharif had spoken about. Mr Zardari has probably forgotten the Charter of Democracy that was signed by Benazir Bhutto and Nawaz Sharif. The most disgusting sight witnessed in Pakistani politics recently was elected members of the National Assembly, Sheikh Rashid and Imran Khan sending laanat to parliament.

If one examines Pakistan political history closely since genesis, it can be inferred that it has always been political leaders that have collaborated with the establishment to unseat democratically elected governments in Pakistan and at some point in time many years later the same darlings of the establishment often end up on the opposite side of the game. Even Nawaz Sharif was once a ‘darling’ of the establishment. Thus it would not be incorrect to claim that there is no one living in Pakistan who understands this game better than him.

Political leaders across partisan lines must commit themselves to the preservation and development of democracy in Pakistan if they want to keep playing or else it would be game over. Politicians should not conspire with undemocratic forces to usher in a change of regime even if it means short-term gains. All sections of Pakistan must also accept that the ballot box must be seen as a sacred object which has the ability decide the future of Pakistan and any change of government must take place only and only by the ballot box.

Given the PML-N’s victories in by-elections taking place across Pakistan as well as the sustained popularity of the party, opinion polls have suggested that the PML-N is set to win another term. It is highly probable that Imran Khan would again cause civil unrest alleging the elections to be rigged and given the current political climate and past legacy of Pakistan there is no guarantee that the mandate of the people would be respected. After all the political engineering that has been done by the establishment, it is not expected that they would allow PML-N to come back into power and wash all their efforts down the drain. In fact, it should not be taken for granted that the elections would even take place this year. The current situation that Pakistan is going through is time to remember Operation Fairplay and seriously consider if Pakistan is headed towards Operation Fairplay 2.0 and if so democracy must be saved. Generations of Pakistanis have grown sick and tired of hearing Pakistan iss waqt buhat hi nazuk daur say guzarraha hai (Pakistan is now going through very fragile times). It is now time for stability and prosperity. It is time for Pakistan!

The writer is an expert analyst on Pakistan’s Foreign Policy and Domestic Politics; Email: anishmisrasg@hotmail.com