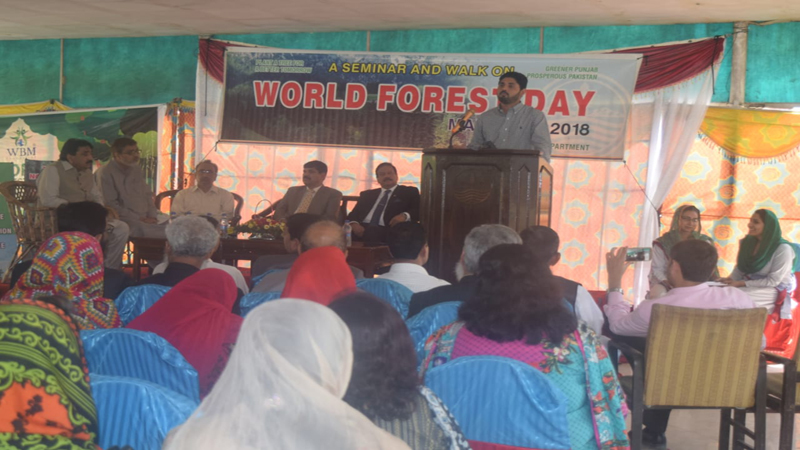 LAHORE: The WBM Foundation with Punjab forest department organised a seminar at Jalo Safari Park on Wednesday to highlight the importance of forestry and wildlife to celebrate the world forest day.

In his address, WBM Foundation head and seminar chief guest Chaudhry Luqman Jajja said that the plants and forests play a vital role in combating climate change and increasing heat.

He said that his foundation like previous years would plant one million trees during the year. He said that the forest and wildlife were very important for human beings.

Luqman Jajja added that the forest and wildlife were among the great blessings of God and the humans should value them. He said that without wildlife human life would not exist.

He said that in developed countries, the trees were planted to reduce the heat effects, adding that the heat of the desert areas like Middle Eastern decreased by 5 degrees Celsius with the help of the plants.

Provincial secretary for forest Mian Abdul Wahid said that illegal removal of the forests and hunting the wildlife was a serious crime. He added that the government was using all its resources to control the removal of forests.

Wahid continued that in order to prevent cutting of the forests, alternative sources are encouraged to promote the use of energy and to inform people about the importance of the forestry.

At the end of seminar, the school children presented tableau and plays to highlight the importance of forests.