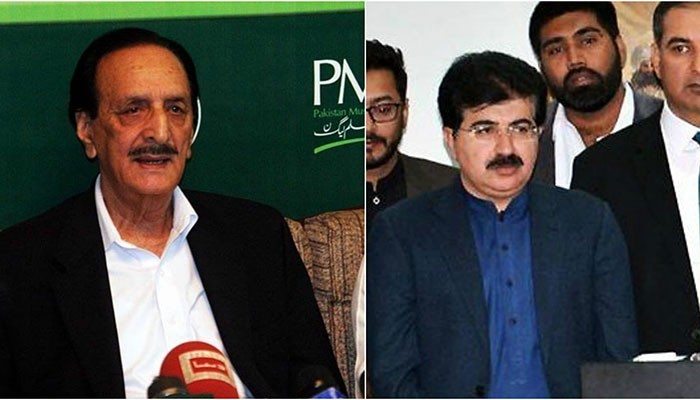 The senate session started off a little after 10 am with the oath taking ceremony of the newly-elected senators. A total of 51 of the 52 senators took oath under the presiding officer Senator Sardar Yaqub Khan. Senator Ishaq Dar was not present to take oath as he is in London on grounds of medical leave.

The election of the chairman and deputy chairman of Senate via secret ballot will be conducted shortly after review of the nomination papers.

PTI backed Sanjrani after Balochistan Chief Minister Abdul Quddus Bizenjo held a meeting with PTI chief Imran Khan along with the independent senators. PPP and PTI gave Bizenjo the right to bring forward a joint candidate from the Independents of Balochistan.

The majority party and its allies have a total backing of 44 members in the Senate following the March 3 election, however, if JUI-F’s four senators add to its support that toll will rise to 48.

The ruling party is clear that it’ll be backed by five senators from Muttahida Quami Movement – Pakistan (MQM-P), two senators from FATA and one each from Awami National Party (ANP) and Balochistan National Party (Mengal). If PML-N gets support by these 9 senators, the toll will go up to 57 members. On the other hand, PPP is confident of gaining support from the senators for its nominee Sanjrani.

A total of 53 votes are required to win the Senate chairmanship.