90th Academy Awards: A look at the nominees for Best Picture 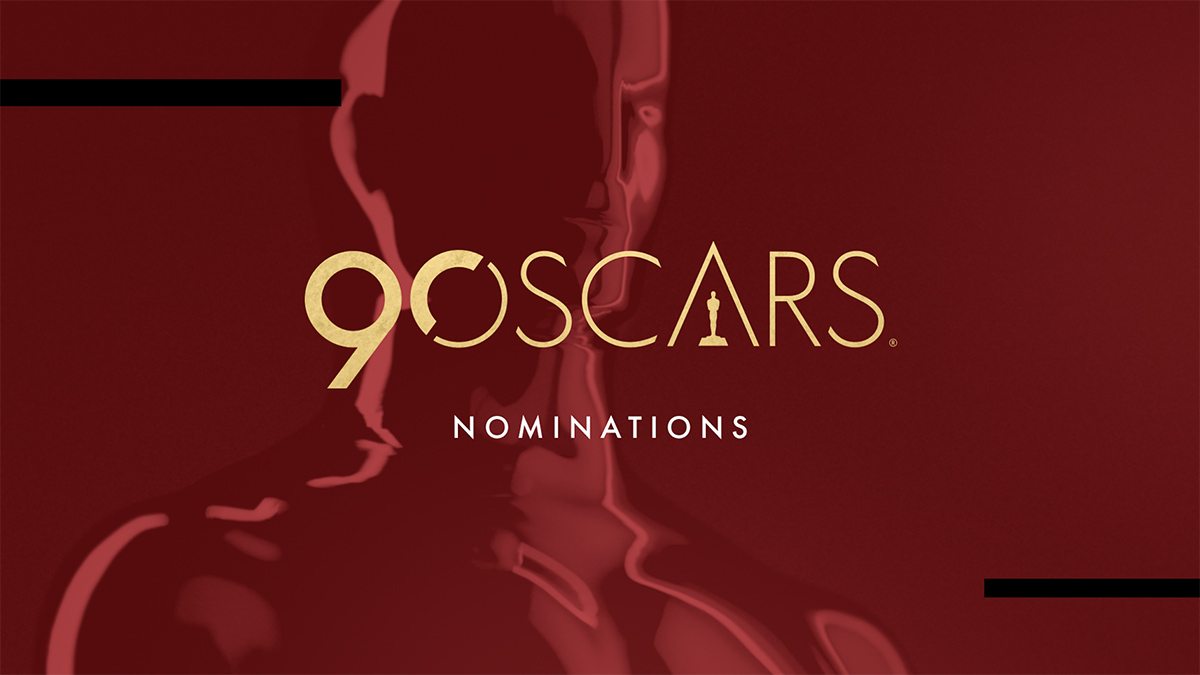 The 90th Academy Awards are all set to be held on March 4th, 2018, at the Dolby Theatre in Los Angeles, California. Commonly known as the Oscars, the event is regarded as the most anticipated, and the most prestigious film industry-related awards ceremony in the world. The star-studded evening is organized by the Academy of Motion Picture Arts and Sciences, and is attended by hundreds related to Hollywood, as well as the global film industry.

With awards to be distributed in a total of 24 categories, the Oscars are viewed by millions of enthusiastic fans all across the globe, making it one of the most hyped and sought-after events. Jimmy Kimmel, who had the privilege of hosting the Oscars last year, shall be offering his services as host of the entire affair yet again.

Some of the winners of last year’s Oscars are as follows: Moonlight bagged the Best Picture; Emma Stone was awarded Best Actress for her role in La La Land; Casey Affleck won Best Actor for his part in Manchester By The Sea; Zootopia was declared Best Animated Feature Film; City of Stars from the movie La La Land won the Best Original Song. La La Land was nominated for a total of 12 Oscars, and was able to win five of them.

The gaffe towards the end of last year’s Oscars went down in history as an unprecedented moment as presenters Warren Beatty and Faye Dunaway named La La Land as Best Picture after being handed over a wrong envelope by a member of the management team, but it was later revealed that it was Moonlight that had actually won the award, causing great embarrassment to the organizers, and great shock to the teams of both movies involved in the matter. The incident remained part of mainstream news for a number of days.

The contenders for this year’s Oscars were announced on January 23rd. A total of nine movies have been nominated for the Best Picture award. As is the case every year, the films nominated for all twenty-four categories of the Oscars cover a number of topics, and set very high standards of exceptional film production. Fans across the globe along with members of the film industry have their hopes high as this year’s nominees for the Oscars entail several spellbinding performances, captivating storylines, and some stunning audio and visual effects.

Below is a brief review of each of the nine films nominated for Best Picture for the 90th Academy Awards. 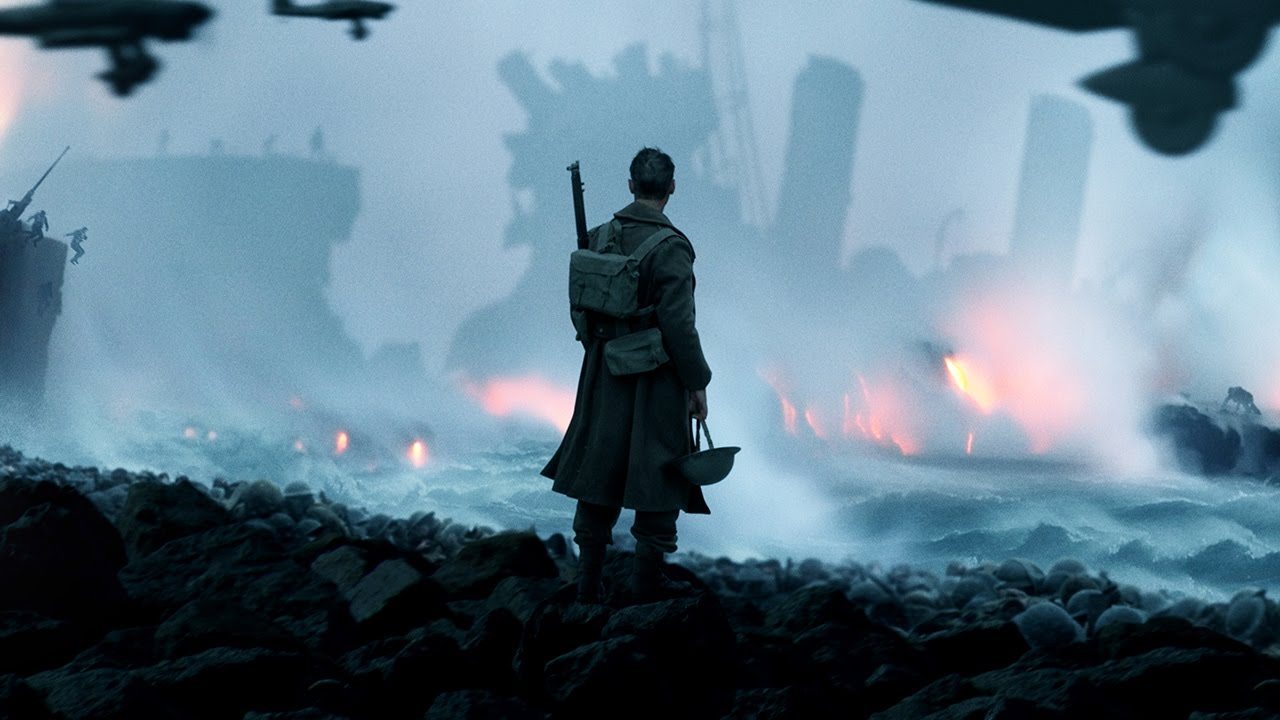 Acclaimed director Christopher Nolan made a comeback on the big screen in 2017 with his drama-thriller Dunkirk. Based on real events, the film focuses on the evacuation of the Allied troops from the beaches of Dunkirk, France, following Nazi Germany’s advance towards the west during the Second World War. The combined civil-military efforts lead to the successful evacuation of over 300,000 soldiers in the backdrop of constant aerial raids from the Nazis.

The cinematography of the film is simply stunning. It is impossible to watch the whole movie and not praise the exceptional camerawork, which, when combined with the thrilling stunts, and the magnificent work done by the music department, will surely make Dunkirk’s presence felt at the Oscars this year. The film stars Tom Hardy, Harry Styles, Cillian Murphy, Mark Rylance, and Kenneth Branagh. Dunkirk has received a total of eight Oscar nominations, including Best Director, Best Cinematography, Best Film Editing, Best Sound Editing, and others. For his phenomenal efforts in the film’s music section, the renowned German music composer Hans Zimmer has been nominated for Best Original Music Score. 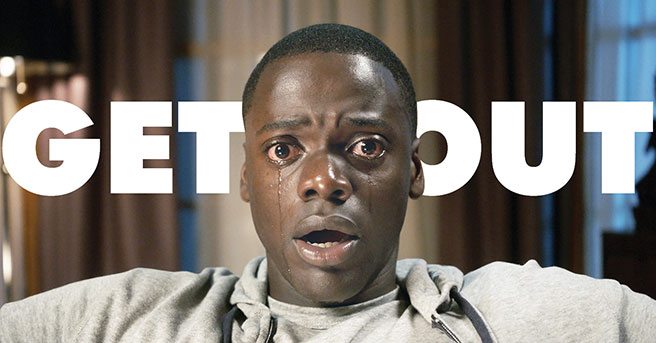 Chris (Daniel Kaluuya) had a strange feeling when Rose (Alison Williams), his girlfriend, suggested that they visit her parents. He thought her folks might not entirely be at ease after getting to know that the guy Rose had been dating was black. Despite all the awkwardness early on, Rose’s family tries to make Chris feel at ease. But things take an unexpected turn when Chris gets a grasp over the reality of the situation, leaving him in a life-and-death situation simply because of the colour of his skin.

Get Out is a movie with a very unique idea, which has been commended by the very best in the industry as well as the critics. Kaaluya has received quite some praise for his acting. All in all, the movie has been nominated for a total of four Oscars, including Best Actor, Best Director, and Best Original Screenplay. 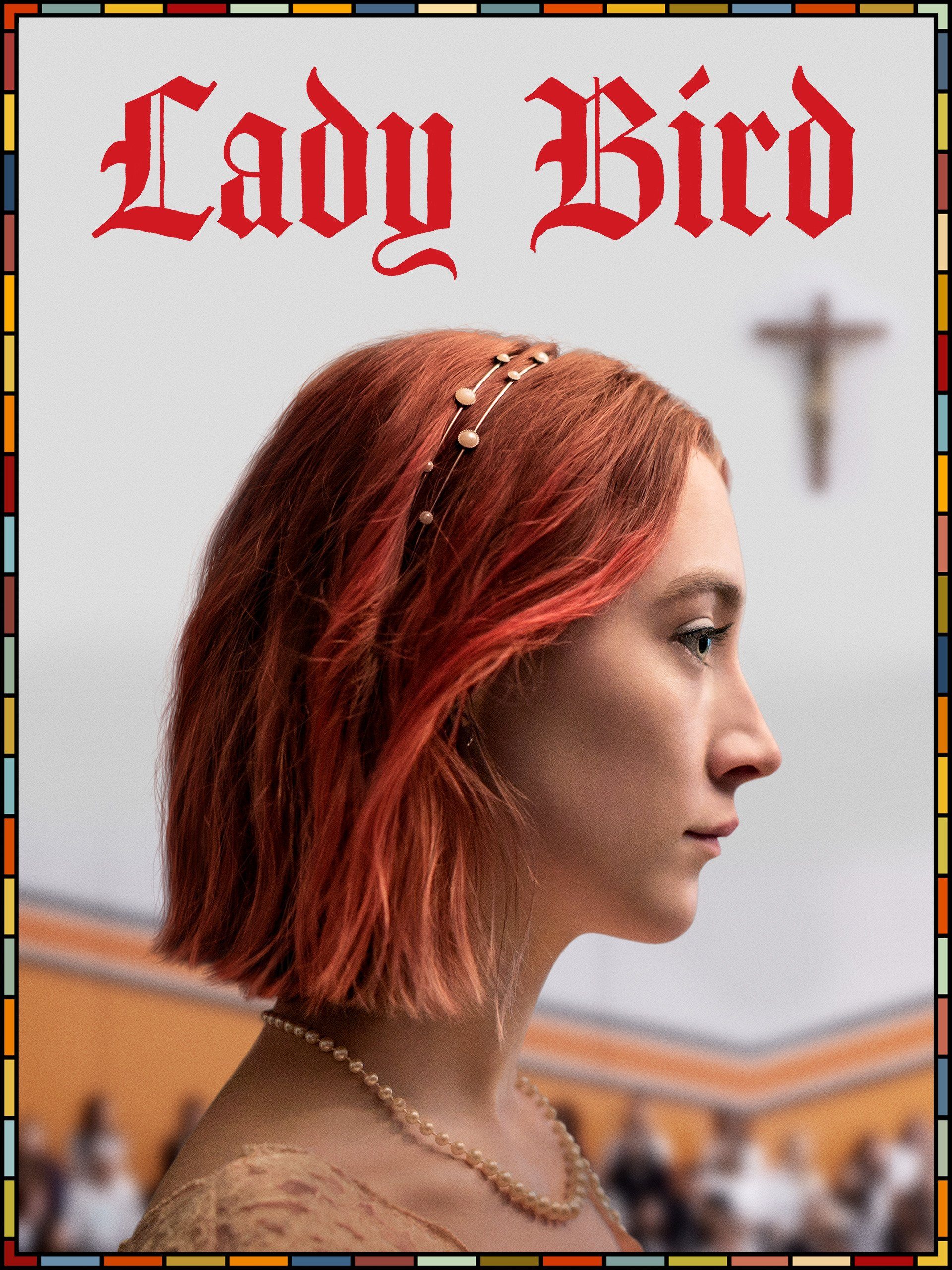 Lady Bird is a coming-of-age story of Cristina “Lady Bird” McPherson (Saorise Ronan) from Sacramento, California, who belongs to a lower middle-class family and has to go against the wishes of her overprotective mother (Laurie Matcalf) in order to achieve her dream of studying in a New York-based college once she has graduated from the theological high school in her home town. The ups-and-downs of the relationship between the mother and daughter are the high points of the film, along with focus on the abrupt twists and turns encountered in late teenage life.

Along with the engaging storyline and compelling performances, the film captures some of the best views of Sacramento. Directed by Greta Gerwig, Lady Bird has been nominated for a total of five Oscars, including Best Director, Best Original Screenplay, and Best Actress. This is the third time that Ronan has been nominated for an Oscar – a clear evidence of the talent possessed by the twenty-three-year-old. 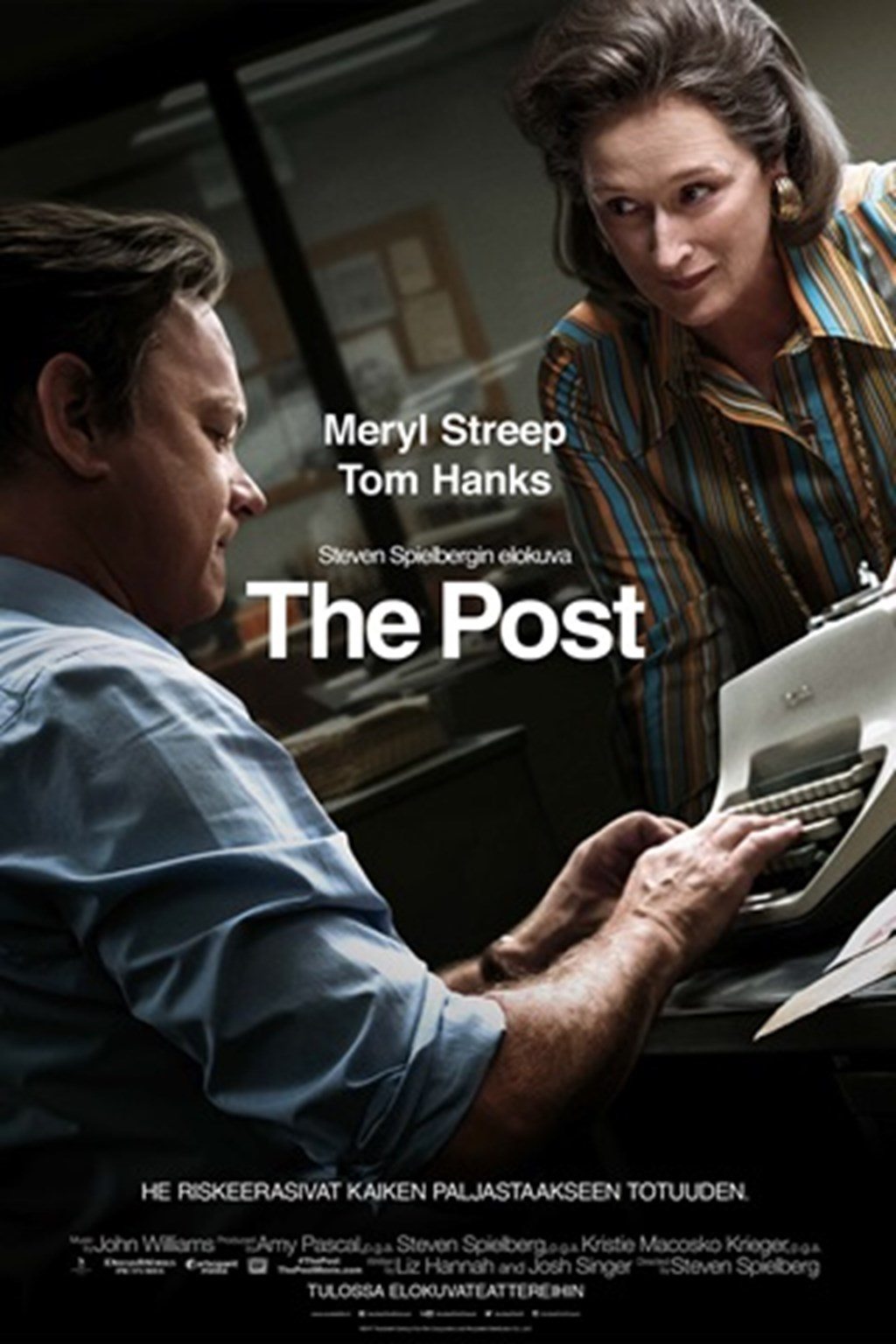 After getting hold of evidence related to the American government’s successful hiding of vital information related to warfare from the public for several years, The Washington Post’s publisher Katherine Graham (Meryl Streep) decides to make a courageous move to print revelations set to make waves after being pushed by her newspaper’s committed editor Ben Bradlee (Tom Hanks), despite being fully aware of the consequences that the organization might face after the act.

Based on real events that shook the Nixon administration as well as the country’s public, Streep has done absolute justice to the powerful role she was assigned, for which, she has been nominated as Best Actress. Tom Hanks, as always, was a joy to watch. Together, the two veteran actors were marvelous in a production having great significance in the history of American print media.

Call Me By Your Name

17-year-old Elio (Timothee Chalamet) and doctoral student Oliver (Armie Hammer) find themselves tangled in a bond that is much more than friendship after the latter comes to the former’s family villa in Lombardy, Italy, for a period of six weeks during the summer of 1983.

Based on the novel by Luca Guadagnino, the film has been nominated for a total of three Oscars, including Best Actor (Chalamet), and Best Writing Adapted Screenplay. The film captures some breathtaking scenic views of rural Italy. 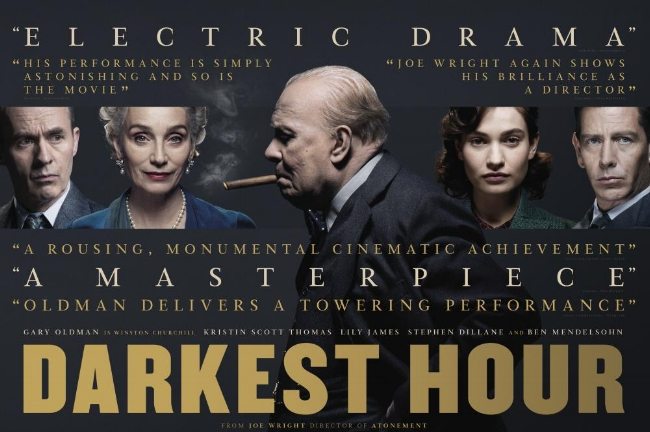 Only a few days after holding office, British Prime Minister Winston Churchill (Gary Oldman) has to make a choice between having dialogue with Hitler or to confront the tyrant and his atrocious forces waging war in all of Europe. Despite the odds not in favor of an English victory in the war against the Nazis and the support from the British lawmakers diminishing quickly, Churchill has to convince those in Westminster to go after the Germans with all guns blazing.

With the help of some stunning makeup work, Oldman’s transformation to Churchill is simply breathtaking. Nominated for six Oscars, including Best Actor, Best Cinematography, Best Makeup, and Best Costume Design, Darkest Hour seems to successfully portray the mood in England during the early days of the Second World War. 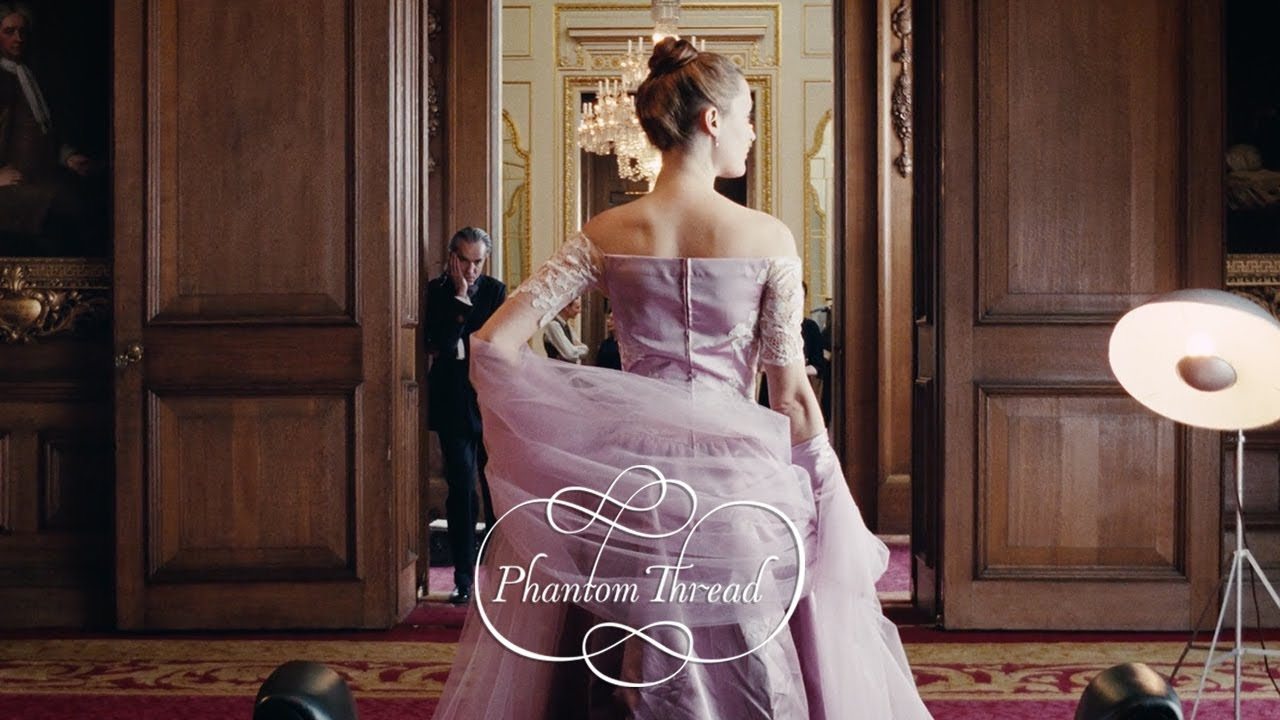 Obsessed with perfectionism in his work, Reynolds Woodcock (Daniel Day-Lewis) is a renowned name in the world of British fashion of the 1950s. Along with his sister Cyril (Lesley Manville), Reynolds has taken The House of Woodcock to the heights of success in the English tailoring traditions, until he comes across Alma (Vicky Kreips), who enters his life initially as a muse, but gradually gains his love and is able to maintain her hold over his personal and professional life.

Phantom Thread has been nominated for six Oscars, including Best Director, Best Supporting Actress, Best Costume Design, and Best Original Music Score. Daniel Day-Lewis is a strong contender for Best Actor after his powerful performance as a man obsessed with his work, and nothing more in his life. 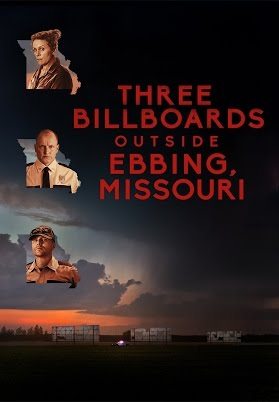 Months have passed following the murder of Mildred Haye’s (Frances McDormand) daughter but no culprit has been brought to justice. The perturbed mother gains attention of local authorities after she makes a move against William Willoughby (Woody Harrelson), the town’s police chief, by painting three billboards leading to the town with controversial messages, paving way for drama and confrontation.

The movie has received nominations for seven Oscars, including Best Actress, Best Original Screenplay, and Best Film Editing. Harrelson and Sam Rockwell have each been named in the category of Best Supporting Actor. Out of the six categories it was nominated in, Three Billboards bagged four Golden Globes earlier this year, including Best Drama Motion Picture, and Best Screenplay of a Motion Picture.

The Shape of Water 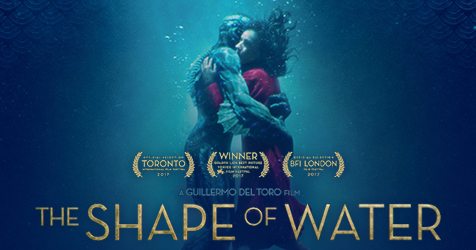 Elisa (Sally Hawkins) develops a bond with the strange creature that lives in the aquatic tank kept as classified in a high-security government facility in Baltimore. Soon she discovers that the life of this being hangs in the balance as choices are being made by those in control of the laboratory, that directly concern the survival of this unique being.

Nominated for a thumping thirteen Oscars, including Best Actress, Best Film Editing, Best Cinematography, and Best Production Design, The Shape of Water has received immense praise from the industry gurus, and is expected to bag big at the Academy Awards this year. The film was nominated for seven Golden Globes, and was able to receive two of them, including Best Original Score (Alexandre Desplat), and Best Director of a Motion Picture (Guillermo del Toro).

The author is a perfectionist who happens to be a bibliophile, loves travelling and binge-watching, and spending time with his pet Alexandrian parrot. Website URL: http://www.sultanmalik.com