China, Pakistan and the anti-India lot

When will the military’s misguided notion of ‘strategic depth’ be updated?

It was former Indiana Senator and President Trump’s Director of National Intelligence Daniel Coats who ruffled a few feathers in Islamabad as well as Beijing with his statements in front of the Senate Committee on Intelligence. Coats opined that the emerging China-Pakistan Economic Corridor would offer additional targets for militants to pounce on. It is not as if China was wholly unaware of this problem.

The country saw two of its engineers being killed by unknown assailants in the restive province of Balochistan with imminent threats to many more. Towards the end of 2017, the Chinese embassy in Islamabad also issued a warning to its citizens calling on them to be wary of potential terror attacks. Whenever there is an assessment of the risks that might impede the CPEC’s success, terrorism always tops the list, especially with the project’s magnum opus Gwadar, lying in Balochistan, a region fraught with separatism and violence.

Of late Pakistan has seen a decline in terrorist activities after its armed forces launched an indiscriminate military operation against terrorists all over Pakistan. However, allegations persist over the harbouring of certain terror outfits. President Trump began the New Year with a slew of tweets blaming Pakistan for supporting the very groups the United States was actively engaged against. These include the Haqqani network as well as the anti-India lot, which include Lashkar-e-Taiba, Lashkar-e-Jhangvi and Jaish-e-Muhammad among other. 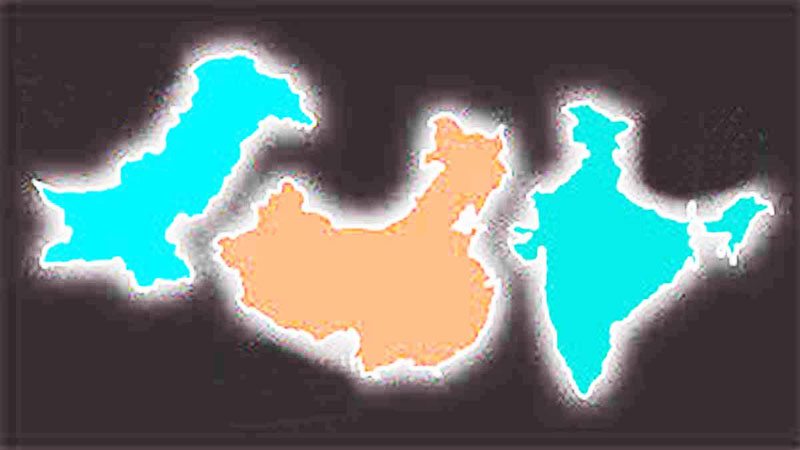 At the United Nations, China has had a history of blocking Indian attempts to place the leaders of these outfits on terror watch lists. India has blamed China for this policy of what they have called hypocrisy and doublespeak when it comes to tackling terrorism. China’s crucial diplomatic support at times like these allowed Pakistan to be safe from political and economic sanctions.

With $62 billion of Chinese money pouring into Pakistan, it was a risk either country could ill afford to take. However, the declaration that followed the 2017 BRICS Summit in Xiamen was a fundamental policy shift from Beijing. For the first time, the Chinese condemned the very terror groups it had protected from sanctions at the UN.

With increasing economic involvement in the region, China is what the Diplomat Arushi Kumar calls, “reorienting its internal calculus and tightening its grip on security in Pakistan.” New Delhi is already perturbed over the fact that the CPEC passes through Pakistan Occupied Kashmir and Gilgit-Baltistan. The BRICS declaration might be a move to appease the Indians, even though it seems that China is now cognizant of the threat that even the anti-India groups will pose to its interests in the region.

With Pakistan abandoning the American eagle for the Chinese dragon, Islamabad may not even have to heed to the US pressure regarding the anti-India groups it is harbouring

However, dealing with the anti-India lot is what presents the Pakistani state with significant challenges. They are not like the Haqqani network which can conveniently be nudged into Afghanistan when the situation calls for it. For the anti-India lot, Pakistan is home.

There is no nudging back and forth. And if these groups do exist there will be times when they become active, and their being active will cause events such as Mumbai, Pathankot and Uri, the likes of which will cause massive global fallout and furore in Delhi. Thus, there is a fundamental question for the Pakistani federation and more specifically the military: is it willing to give up on the anti-India lot? The narrative of India being the eternal enemy shall never falter, that much is certain.

As now notorious Cyril Almeida of Dawn contends, “The logic of utility, institutional self-preservation and the mechanism of jihad means the boys can and will turn on the anti-India lot. What the boys will never do is give up on India being the enemy.”

When will the military’s misguided notion of ‘strategic depth’ be updated? Sporadic action against the Jamaat-ud-Dawa and the Filah-e-Insaniyat Foundation persist but no long-term shutting down is in sight. With Pakistan abandoning the American eagle for the Chinese dragon, Islamabad may not even have to heed to the US pressure regarding these anti-India groups. One can only hope that China wants what is best for Pakistan and forces the military to reorient its strategy on the infamous anti-India lot.