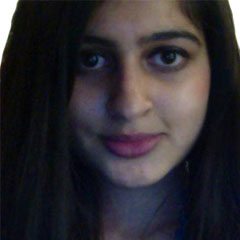 The CII's opinion asserts that Section 364-A need not be amended to provide for a public hanging, as this purpose can be achieved under existing legal provisions

In Pakistan, religious discourse invariably permeates the law, limiting our ability to critique and censure that which is regressive but urged as a religious compulsion. While the attempt to reconstruct religious thought continues at various levels and with varying vigour, we have, for most practical purposes, accepted our present reality as immovable. Blasphemy and the marginalisation of the Ahmadiyya community remain issues one dare not speak of openly. Bills attempting to set a minimum age for marriage are hastily recalled and folded up when countered with arguments framed around the marriages of the Holy Prophet of Islam. Debates over context and circumstance are endless.

Consequently, when a proposed amendment to Section 364-A of the Pakistan Penal Code, that would authorise public hanging of those convicted for the kidnapping and abduction of children below the age of 14, was referred to the Council of Islamic Ideology by the Senate Standing Committee on Law and Justice, human rights groups watched with trepidation. But this trepidation soon turned into confusion upon reading the Council’s one-page opinion on the subject.

The Council’s opinion asserts that Section 364-A need not be amended to provide for a public hanging, as this purpose can be achieved under existing legal provisions, namely, Rule 364 of the Prison Rules, 1978 and Section 10 of the Special Courts for Speedy Trials Act, 1992.

Even under the Prison Rules, an execution inside a prison or in the gallows enclosure may only be witnessed by a maximum of twelve male adults, as well as the victim’s wali. This clearly does not authorise a “public hanging” as envisioned in the public discourse and government statements in the media

This argument is both factually and legally flawed. The 1992 Act, which authorised public hanging by allowing the Government to specify the “place of execution”, with an eye towards the “deterrent effect” such an execution could have, was repealed by Parliament in 1996. Earlier, the Supreme Court of Pakistan had categorically observed in 1994 in relation to Section 10 that public hanging for “even the worst criminal” is a violation of the right to human dignity enshrined in Article 14 of the Constitution.

Even under the Prison Rules, an execution inside a prison or in the gallows enclosure may only be witnessed by a maximum of twelve, male adults, as well as the victim’s wali. This clearly does not authorise a “public hanging” as envisioned in the public discourse and government statements in the media.

When these concerns were raised with Dr. QiblaAyaz, the Council’s Chairman, he provided worrying elucidation on the opinion’s ambiguous phrasing.  The opinion initially states that the objective “desired to be obtained through witnessing a sentence” may be fulfilled through “disseminating the news of implementation of sentences” through the media, but subsequently goes on to say that courts and the government may publicly execute a convict if the requirements laid down for public punishments are fulfilled. The Council feels these two discordant positions may be reconciled. In a conversation with the present writer, Dr. Ayaz explained that even if the event of the hanging is witnessed in person by only twelve people, per the Prison Rules, it should be broadcast on television to a wider audience, so as to achieve the effect of deterrence against such crimes in the future.

Under Article 230(b) of the Constitution, when a question is referred to the Council by a House, Provincial Assembly, President or Governor, its mandate is limited to advising whether the proposed law is “repugnant” to the “injunctions of Islam”. It is unclear what legal basis the Council has relied on to interpret the Prison Rules, an exhaustive code on the superintendence and management of prisons in Pakistan, in such a wide, discretionary manner. The Rules explicitly state that a maximum of twelve male adults may witness the execution. An execution broadcast on television would be viewed by an unquantifiable number of people. It would certainly contravene the intent of the Prison Rules as envisaged by legislators–by limiting the number of witnesses to an execution, they sought to create a contained sphere, not a public spectacle with mass viewership. The additional stipulation that the execution may only be witnessed by “male adults” delineates cognisance of the detrimental psychosocial effects on children. Broadcasting a public hanging on television and other media would increase the risk of children being exposed to it, ultimately desensitizing and immunising them to violence.

According to the Council’s reply, “certainty of punishment” is an effective deterrent against crime. But there is a marked difference between publicising the punishment, which may be achieved through reporting the news of the execution, and the act of viewing a televised execution of the punishment. Is the latter more effective than the former in deterring crime? There is little empirical evidence indicating that public executions deter crime. In Saudi Arabia, where public executions are prevalent, despite twice the number of executions for murder in 2015 than in 2014, there was an increase in the rate of murder in 2015 as compared to the previous year.

The act of interpreting the various laws, even those based on religious injunctions, remains a human endeavour. The struggle for the meaning of the law between those entrenched in positions of authority and those seeking to reimagine the world continues.

Noorzadeh Salman Rajaworks in the Policy Advocacy department at Justice Project Pakistan. She completed an undergraduate degree in Law and Social Anthropology at the School of Oriental and African Studies (SOAS) in London in 2016.