The truth about the partition of Punjab

The partition of Punjab proved to be one of the most violent, brutal, savage debasements in the history of humankind

On February 1, 2018 history was finally made when a panel consisting of the leading lights of Pakistani academia met under the chairmanship of Vice-Chancellor Prof Dr Hassan Amir Shah of Government College University Lahore in the Fazl-e-Hussain Seminar Hall to discuss the second edition of my book, The Punjab Bloodied, Partitioned and Cleansed: Unravelling the 1947 Tragedy through Secret British Reports and First-Person Accounts (Oxford University Press, 2017).

The book was first published in 2012,but I had to wait till the beginning of 2018 to find a forum for a proper, highly qualified discussion on the tragedy of the Punjab. Each panellist addressed the task in hand with great commitment and dedication. I had the privilege of responding to their questions and those from the audience. Additionally, Rana Muhammad Azhar Khan and Sheikh Hamid Ali Tanveer whose stories are included in the new edition as witnesses to partition spoke about their memories of those times.

It all started when the Muslim League demanded in March 1940 the partition of India to create Pakistan in the Muslim majority north-western and north-eastern zones of India at Lahore. The Sikhs vowed to have the Punjab divided on the same basis so that the predominantly Hindu-Sikh majority districts of the Punjab were given to India. That is exactly what happened when the Indian National Congress on March 8, 1947 threw its weight behind the Sikh demand for the partition of Punjab.

The partition of Punjab proved to be one of the most violent, brutal, savage debasements in the history of humankind. On March 4, 1947 the by police opened first just outside Government College to disperse Hindu and Sikh students who had assembled in Gol Bagh (now known as Nasir Bagh) to protest the fall of the coalition ministry of Sir Khizr Hayat Khan Tiwana, which included ministers from Congress and the Sikh Panthic Parties. From January 24 to February 26, 1947 direct action ordered by the Muslim League had unnerved Sir Khizr. He resigned on March 2, 1947. 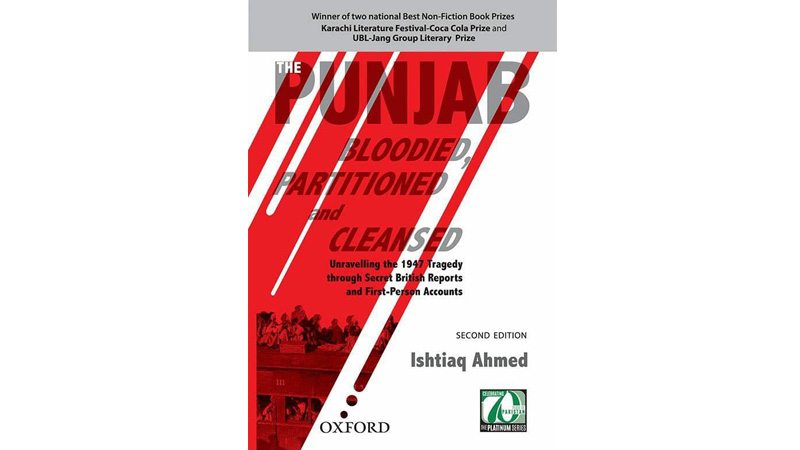 I have argued that there were three stages in the partition of Punjab. On March 3, Hindu and Sikh leaders met in Lahore where they vowed not to let the Muslim League form the government and to oppose the establishment of Pakistan. On the fourth the Hindu-Sikh students came out to protest. Communal clashes broke out in different parts of Lahore. By the evening of March 4, communal violence broke out in Amritsar and on March 5 in Multan and Rawalpindi. Governor Sir Evan Jenkins imposed Governor’s rule on March 5, 1947 after the Muslim League failed to convince him that it had a stable majority in the Punjab Assembly. Punjab remained under governor’s rule until power was handed over to the governments in the two parts of the divided Punjab on August 15, 1947.

The second stage began when Mountbatten came and assumed the role of the last viceroy on March 24, 1947. He announced the Partition Plan on June 3, 1947, declaring that the British had decided to transfer power to the Indian and Pakistani governments by mid-August 1947, meaning in less than 11 weeks! It proved to be a fiasco, causing the greatest forced migration in history as well as the death of more than a million Hindus, Muslims and Sikhs.

The third stage started on August 15. During 15-17 August, for just these two or three days there was great confusion about the actual boundaries between India and Pakistan. It was widely believed that Gurdaspur district which had a less than a one percent majority of Muslims would be given to Pakistan. Consequently, Pakistan despatched Mushtaq Ahmed Cheema as deputy commissioner of Gurdaspur district and the Pakistan flag flew for those few days over Gurdaspur.

On August 17, 1947 the Radcliffe award was made public. Three tehsils of Gurdaspur district on the eastern bank of Ravi were given to India while Shakargarh tehsil on the western bank went to Pakistan. All hell broke loose because millions of Punjabis were on the wrong side of the border drawn in the Punjab.

Organised mass killing started in the Rawalpindi’s rural areas in early March. It was the doing of Muslims, but by December 31, 1947 more Muslims had been killed in the Indian East Punjab than Hindus and Sikhs counted together in the Pakistani West Punjab. 75-90 thousand women were abducted, many were raped

6 million Muslims had to run for their lives from what became the Indian East Punjab and 4.5 million Hindus and Sikhs had to do the same from the Pakistani West Punjab. Out of a total population of less than 34 million of the Punjab including the princely states 10 million Punjabis had to cross the border to save their lives. 500,000 to 800,000 were killed. By March 31, ethnic cleansing had been achieved on both sides of the divided Punjab.

Organised mass killing started in the Rawalpindi’s rural areas in early March. It was the doing of Muslims, but by December 31, 1947 more Muslims had been killed in the Indian East Punjab than Hindus and Sikhs counted together in the Pakistani West Punjab. 75-90 thousand women were abducted, many were raped, and those who were recovered faced greater rejection in India than in Pakistan because according to Hindu-Sikh theology they had been defiled by Muslims.

On both sides the governments have tried to suppress the truth about their own complicity in the crimes against humanity which took place in 1947. Typically, the other side has been demonised, dehumanised and blamed for the violence and killing. The British too have been promoting research which blames either the Indian National Congress or the Muslim League for the bloodshed and ethnic cleansing while their own responsibility for leaving India divided and bleeding has been kept ambiguous but now the lid is opening and slowly but surely the truth is finally emerging.

We discussed the theory of ethnic cleansing I had developed for the research; the nature of man — if there is any fixed human nature; the relationship between archival material and eye-witness accounts recorded as oral history; the role of the state; how real-life stories are stranger than fiction; and, how creating states in the name of religion generate intolerance which haunt them, and others affected by them. It was an experience I shall always cherish till my last breath.

The writer is Professor Emeritus of Political Science, Stockholm University; Visiting Professor GC University; and, Honorary Senior Fellow, Institute of South Asian Studies, National University of Singapore. He has written a number of books and won many awards, he can be reached onbillumian@gmail.com