One flower crushed; will others bloom? 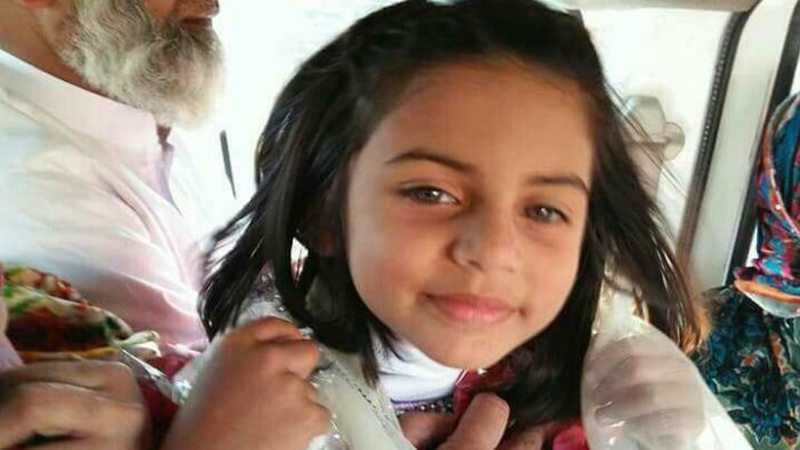 It finally happened: Zainab’s murderer has been caught, his DNA matched accurately, he confessed to his crime, it’s all over… or is it? While the county’s Senate has unanimously approved of a death sentence in cases of child sexual abuse and murder, Punjab’s Chief Minister wants the culprit in Zainab’s case to be hanged at the square, and the nation is ready to pounce at him to avenge her death. The crusade has just begun.

Yes, the murderer should be given an exemplary punishment as an example to those who contemplate undertaking this heinous crime. The punishment should be hastened so that justice does not get delayed. Yes, Pakistan should tell the world that it can track down criminals of the worst kind and is ready to swiftly do away with them. But there is more to be done.

Zainab’s was the 12th case within 12 months, within the same vicinity of Kasur. Batool, who suffered the same fate as Zainab, only to have survived, is still anguished. Sumbul’s parents, who went through the same ordeal four years ago in Lahore, are still waiting to be avenged. Many boys and girls lost their lives when monsters in the skin of humans ‘crushed them like flowers’, as one did Zainab. It is not just the effort of the police, it is the success of the entire nation that Zainab’s offender has been caught. All the celebrities who spoke for her, all the parents who cried for her, those who lit candles in her memory, the headline makers who religiously kept her in memory – have won. This cycle should not end – we have to help nab those who have escaped, we have to demand the same punishment for those who have been caught, and most importantly, we have to protect other Zainabs , Batools and Sumbuls.

It has taken an angelic faced Zainab to make the nation accept the fact that it is infested with one of the worst crimes: child sexual abuse. Her shocking demise has forced Punjab, which records 62 percent of the country’s child abuse cases, to give some protection to the young ones. Its government has decided to introduce a child protection curriculum in every educational institute of the province, including supplementary material based on injunctions of the Holy Quran. Instructions are expected to be issued to heads of schools ‘to use the awareness material during parent teacher meetings, morning assemblies and class sessions’. Now, the Child Protection and Welfare Bureau will be responsible for dealing with psychological issues of abused children. A committee formed for the protection of children against abuse has already proposed measures such as maintaining a DNA database, alert system and developing a standard operating procedure to immediately locate and recover missing children.

But it is not the Punjab only that remains afflicted. Others have to emulate. Sindh has also recently stepped up to try and spread awareness among children by working on campaigns on child sexual abuse so that they can be part of the school curriculum in the province.

It has taken many Batools and Zainabs to bring us to this point, now no more. Now, a father must stop making his daughter bear the brunt of his anger. A brother should not restore his honour by shaming his sister. A husband must stop hurling abuses – verbal and physical – at his wife. A man must not look at a woman or a child as a source of pleasure. We must educate each child, not only with books but with lessons of respect for another. The places of worship should no more remain restricted to praising God – we should abandon the false lessons of how jihadists can have houris in heaven and teach realities of how God does not allow mutilation of any sort of his beloved creation.

When we, as a nation, have stepped out to grieve for Zainab and demand vengeance, it is a step in the right direction. But we have to finish the task. We have to educate and teach respect and morals. Zainab’s case is the pinnacle of failure of the security and the societal system of our country. Let this not be the failure of humanity. Let this not be the failure of truth, hope and steadfastness.