Ally Adnan along with Ghayoor Moiz Mustafa Qawwal has been spreading the knowledge, understanding and practice of Khusravi qawwali all over the world. 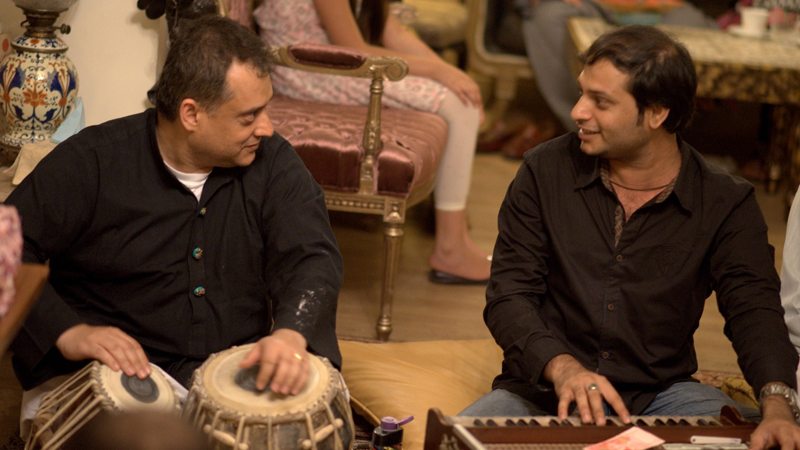 The oldest vocal form in existence, Qawwali, dates back to the Vedic period. Qawwali, in its primitive form, the chanting of words of love, as a group, to achieve a state of ecstasy, has been practiced for more than three thousand and two hundred years.  Qawwali took on various forms and gained popularity in South Asia as musicians, ascetics, clerics, mystics, philosophers, politicians, scholars, and Sufi saints continued to move to the region from Muslim countries.

Zikr, the devotional practice of reciting divine names and attributes, repeatedly and in rhythm, to achieve the state of trance, was one early form of qawwali. It evolved in the tenth and eleventh centuries.

Samaa is another primitive form of qawwali. It originated in Mayhana (Turkmenistan) in the tenth century and became exceedingly popular in South Asia. Samaa involves singing, playing musical instruments, dancing, praying, recitation of poetry, and several other rituals, to achieve a higher spiritual state.

The thirteenth century poet, musician, statesman, and philosopher, Hazrat Amir Khusrau, formalised the tradition of qawwali, in the thirteenth century. He defined the elements, rules and requirements of qawwali. The tradition established by Khusrau has been preserved for more than eight hundred years and is the only one practiced today. It is known as Khusravi qawwali.

Well-known ethnomusicologist, Ally Adnan along with Ghayoor Moiz Mustafa Qawwal has been spreading the knowledge, understanding and practice of Khusravi qawwali all over the world.

The team has conducted more than seventy seminars on qawwali at symposia, schools, conferences and other venues for the last three years. Its tremendous contribution to the form of qawwali has been invaluable and deserves much commendation, praise and acclaim.

About the author: One of Pakistan’s leading actors, Ahsan Khan is a well-known artist, philanthropist, social worker and social commentator. He tweets @ahsankhanuk and can be reached at ahsanrazakhan99@hotmail.com.