How the US will replace immigrant workers with Puerto Ricans 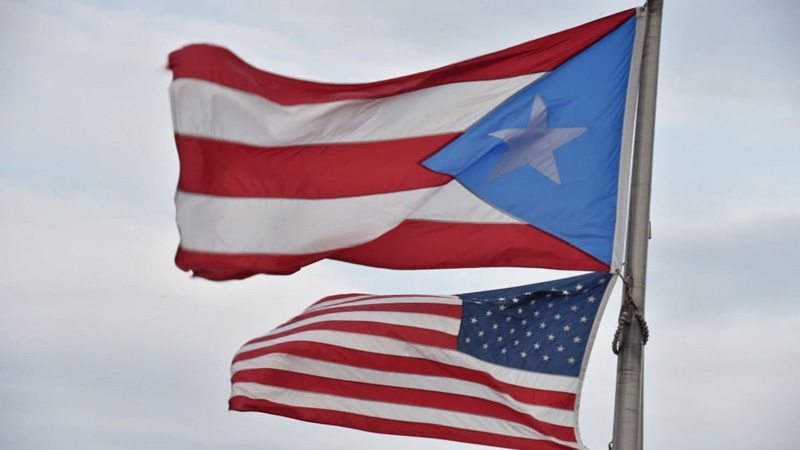 Last week, I received a text message from Luz, a recent evacuee from Hurricane Maria in Puerto Rico currently residing in a New York City hotel paid by the Federal Emergency Management Agency. A few days earlier, we had spoken about her anxieties regarding her uncertain future after the FEMA voucher program ends. But now she wrote with reassuring news: Her hotel stay had been extended until March, which would give her ample time to continue looking for a new job and home. Like thousands of others, Luz has used the FEMA Transitional Shelter Assistance program not as form of temporary shelter while rebuilding her damaged home in Puerto Rico, but as way to relocate and start a new life on the mainland.

Since Hurricane Maria, nearly 300,000 Puerto Ricans have left for Florida alone. At first, most of those leaving were elderly, disabled or in need of critical medical care. Now planes are leaving full of young people economically stranded in the post-Maria landscape. These departures will only compound the already historic migratory wave caused by the island’s fiscal crisis, possibly resulting in an overall 25 percent population loss by the end of the decade.

In an attempt to pressure the federal government for more aid to hurricane victims, some local officials, including Gov. Pedro Rosselló, have rallied these fast-growing migration rates as a threat. In a political climate dominated by xenophobia and the politics of closed borders, one might expect that an influx of Latino evacuees to the mainland would be unwelcome. However, throughout the United States evacuees are sought after and even recruited. In the face of expected labor shortages caused by President Trump’s anti-immigration policies, many employers are eager to hire bilingual workers for whom the minimum wage of a US state represents a significant boost in income.

Both the federal and Puerto Rican government have facilitated the exodus. In the absence of a true plan for recovery on the island, migration has become a form of disaster relief. For the first time in the agency’s history, FEMA created an “air bridge” and chartered cruise ships to evacuate residents. Initially, new arrivals had to seek shelter with family members or in homeless shelters, but they are now being offered hotel stays for up to three months. Traditionally, FEMA offers temporary shelter to homeowners who have been affected by a disaster while they carry out the arduous task of rebuilding. However, in the case of Maria, that rebuilding has been severely stalled by the lack of electricity and running water, and the inability of the US government to supply even the most basic materials, such as tarps.

Those leaving are not just escaping destroyed homes, they are also fleeing a shattered economy. Nearly four months after the storms, many restaurants, stores and offices remain closed – either because of structural damage or the financial hardship of operating on generators. Most hotels are operating with reduced personnel serving only FEMA workers, and some, like El Conquistador in Fajardo, have laid off almost all their workers. Just last week, Walmart, the largest private employer on the island, announced it was closing three of its Sam’s Club stores, including one that had not opened since the storm. Meanwhile pharmaceuticals, which account for nearly half the manufacturing jobs on the island, are carefully weighing their options after the GOP tax bill treated Puerto Rico as a foreign jurisdiction, despite its status as a US territory. Employers on the mainland have been quick to take advantage of this economic disaster. In South Dakota, a turkey plant manager saw in the news of the hurricane an opportunity to recruit workers fleeing what to his eyes looked “like a third world country.” The company provided airfare, to be deducted from paychecks over time.

Likewise, the Hospitality Staffing Solution firm has been holding local job fairs to recruit temporary hotel workers to places such as North Carolina, Georgia and Kansas. Across Florida – the state with the largest number of new arrivals – job fairs have been organized with employers from the construction, health-care and hospitality industries hiring interviewees on site. In places like Ohio, there is hope that those displaced by the storms might revitalize towns that have yet to recover from the decline of the steel and motor industries, which led many of those laid off to move elsewhere. In Texas and Florida, developers hope that Puerto Rican labor will alleviate an expected shortage of construction workers as their own hurricane recovery gets underway.

These job fairs began long before Maria. Over the last decade, teachers, police officers, doctors, nurses, even engineers were being directly targeted by both public and private employers. In Houston, where roughly one third of schoolchildren are native Spanish speakers, school districts were already conducting multiple recruitment trips per year to the island. Police departments in Dallas, Charlotte, Baltimore, and Washington all turned to Puerto Rico as they sought to diversify their departments with more Latino officers. Recruiters lure workers with what appear to be high salaries when compared with the depressed incomes of an island in crisis.