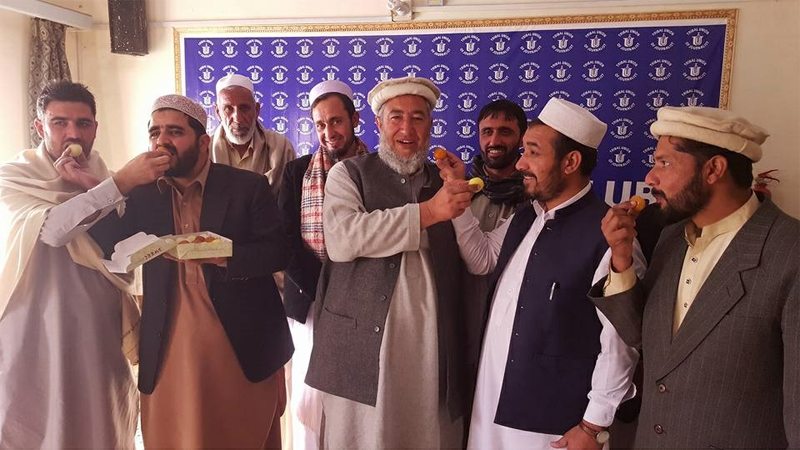 KHYBER AGENCY: Scores of Jamaat-e-Islami Landi Kotal chapter workers expressed their delight and distributed sweets on extension of jurisdiction of the superior courts to FATA.

They declared it success of their stance and said that time was near when the tribal would get rid of century old colonial law.

It is to be mentioned here that last day the National Assembly passed a bill through which powers of Supreme Court and Peshawar High Court were extended to the tribal belt.

The party workers congratulated on one another and distributed sweets to distribute what they called a historical day for the tribesmen.

Speaking on the occasion, Jamaat-e-Islami FATA leader Zarnoor Afridi pronounced it victory of the Jamaat-e-Islami stance and said in near future the black law, Frontier Crime Regulation (FCR), would be eliminated from FATA.

In this connection, a simple inauguration gathering was held in Al Khidmat Hospital that was attended by Landi Kotal Tehsildar Shams-ul-Islam as the chief guest, besides JI FATA leader Zarnoor Afridi and a number of other tribal elders.

Speaking on the occasion, Landi Kotal Tehsildar Shamsul Islam appreciated the efforts of Al Khidmat Foundation and said that the foundation had extended services to the needy in time of natural calamities or man-made disasters.

He assured assistance to Al Khidmat Hospital for facilitating tribesmen and hoped that the foundation would join hands with administration in initiating welfare campaign in Landi Kotal.

Earlier Zarnoor Afridi appraised the chief guest to the activities of Al Khidmat Foundation being executing in the area for the betterment of the tribal belt.

Lab In-charge of Al Khidmat Hospital Farman, while briefing about the functions of hematology machine, said that it was the lonely sophisticated machine throughout Khyber Agency that had been installed at the hospital.