‘Parchi’ — a waste of talented actors 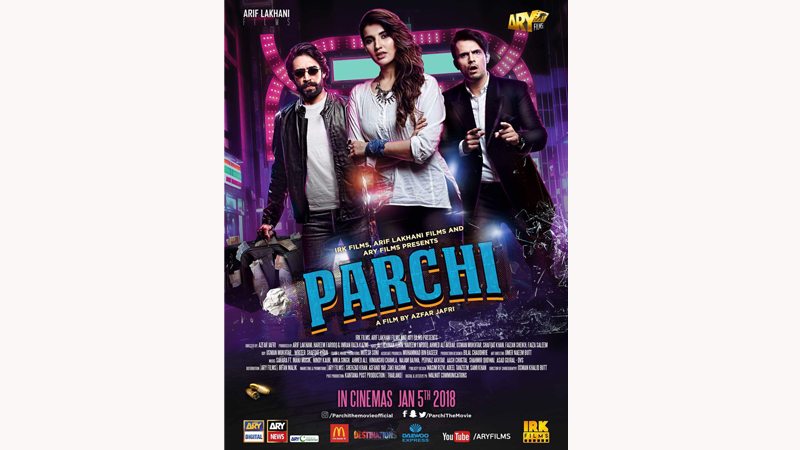 The film was eagerly awaited, not because it boasted a bunch of theatre trained talented actors and a few veterans too, but also because the film had been much hyped over ever since the promotions for it began.

The film tells the story of Bash, played by the blue-eyed Ali Rehman Khan, in trouble and running for his life as he owes gangster lord Zodiac (Shafqat Cheema) a lot of money. He’s given five days by Zodiac to arrange the money otherwise he will be killed, as Zodiac is an unforgiving figure and does not spare anybody.

Bash shares his problem with his roommates (Usman Mukhtar, Ahmed Ali Akbar and Shafqat Khan), with whom he shares a dingy apartment. So together, the four of them head out, to arrange money so Bash’s life could be spared. They are lead to Eman played by Hareem Farooq, who also harbours personal vendetta against Zodiac for reasons unknown.

The songs are the USP of ‘Parchi’. The tracks of the film are such that it is actually hard to believe they are from a Pakistani film, no offence

On an instant, both Bash and Usman Mukhtar’s character fall head over heels in love with Eman. From then onwards, all five of them are on a journey to arrange money and dodge Zodiac’s threats. They fight, get lost, dance, and are directionless in a whirlwind task of saving their lives and getting on with their previous routines.

So does Bash get successful in returning Zodiac’s money? What motive Eman has in helping the group of friends save their lives? Who does Eman choose from Bash and Mukhtar’s character to be with? You would have to see ‘Parchi’ to find out. Meanwhile, I list the strengths and weaknesses of the film and in what ways it could have been better.

The songs are the USP of ‘Parchi’. “Billo hai”, without a doubt is a treat to the eyes as well as your ears. It is the wedding anthem of the year, sung by Sahara, Manj Music and Nindy Kaur. Right from its lyrics to its rhythm and to its beat, you cannot listen to “Billo hai” without a smile on your face or with your feet tapping. Not just that, but it has been shot amazingly well. The cast dances to it with proper swag and moves and so it’s a delight for anyone to both watch and listen to “Billo hai”. “Imagine” sung by Mika Singh is the first track of the film and is equally great to listen. Mika Singh works his magic with this one and “Imagine” remains a fun, melodic track, sure to sway you. “Parchi” title track and the mashup are full on rocking. The tracks of the film are such that it is actually hard to believe they are from a Pakistani film, no offence.

All of the cast put together is any director’s dream. Hareem Farooq, Shafqat Cheema, Ali Rehman Khan, Mukhtar, Ahmed Ali Akbar and Shafqat Khan work their magic to the best of their abilities. Farooq is a delight to see on screen as usual. This theatre trained actress does not disappoint one bit. She is natural, stunningly beautiful and convincing in her acting prowess. For many, Farooq simply carried the weight of the film on her shoulders and made it quite to an extent, a woman-centric film. Ali Rehman, without a doubt, is one of the most handsome actors we have in the industry right now. Ali is an actor par excellence with some amazing dance moves as well. Mukhtar is natural in his acting and again it’s a treat to see the suave performer on screen. Cheema, who is a veteran actor, held his own and outshone everybody in shared screen presence.

Good actors cannot save a bad film. Parchi’s storyline is weak, the script is not funny and the dialogues are super boring. A film has only the first 30 minutes to grasp the attention of the audience, but ‘Parchi’ fails miserably on that count. You don’t know what the story is exact, why the characters are doing what they’re doing and from where new characters suddenly emerge

Thankfully, the film is not scarred with technical glitches. There is harmony among scenes, the execution is well done and the camera does not sway or swoon on its own. The colour grading is bright and merry in some scenes and dark and dreary in others, according to the situation. 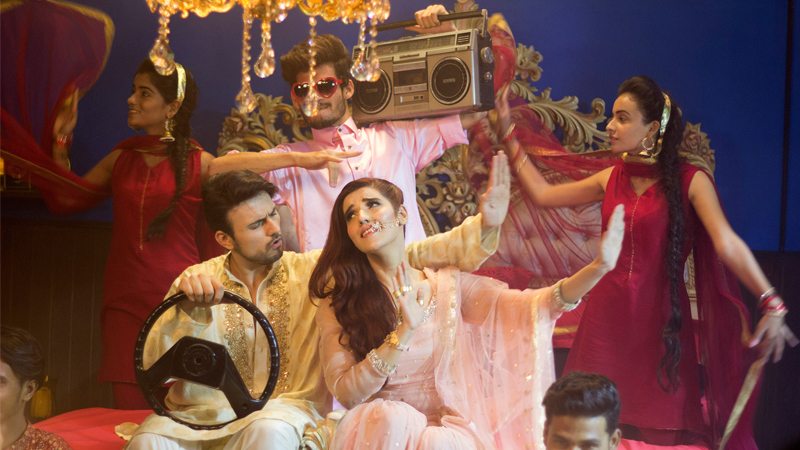 Good actors cannot save a bad film and the same fate is met by ‘Parchi’. The storyline is weak, the script is unfunny and the dialogues are super boring. A film has only the first 30 minutes to grasp the attention of the audience, but ‘Parchi’ fails miserably in that. You don’t know what the story is exact, why the characters are doing what they’re doing and from where new characters suddenly emerge from.

It is simply not important to gather good actors for a film and bask in that glory. They need to be cast appropriately according to their strengths. The cast, as talented as they are, simply couldn’t pull off a comedy movie. Farooq is known for her serious roles where she brings forth her immaculate acting skills with some noteworthy expressions. That is why in the scene where she is to convince Bash to let bygones go and do something meaningful with his life, Farooq does that with aplomb. Even in the scenes where she confronts Zodiac like a gangster queen and tries to intimidate him, Farooq is a rockstar in doing so. However, the comedy scenes just don’t work for her. The similar happened with Ali Rehman and Mukhtar.

One goes home, forgetting the movie in five minutes time. What stays with you are the film’s songs and Farooq’s acting prowess.