The future is here 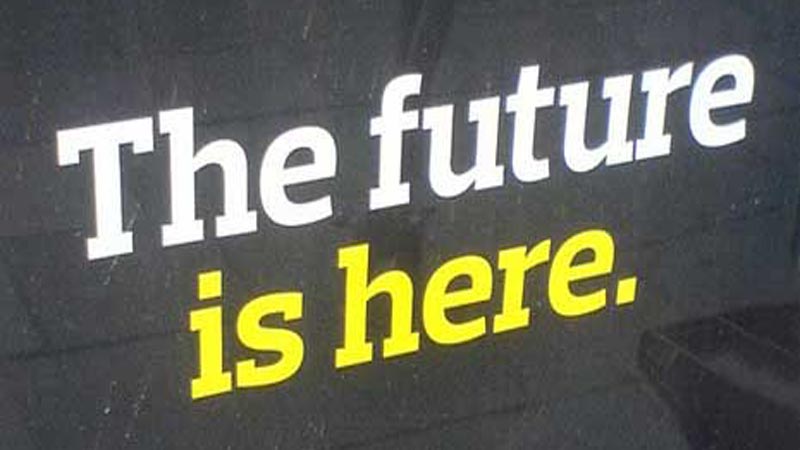 Today, the world is making unbelievable progress in the field of information and technology. Artificial Intelligence is one of the leading technologies of the 21st century. By using this technology, we can make such devices which can understand, sense, think and learn like human beings, but it is totally an unnatural system.

There are a lot of machines, robots and computers working on the principle based on artificial intelligence. Let me take you to a very recent example of this emerging technology. Every one of us has always had a scare imagining machines taking over our world someday, and no doubt we are moving forward to that era. Sophia, a Hanson Robotics humanoid robot has not only been developed but also given citizenship by Saudi Arabia. It is the first time in the history, that a robot is given a citizenship of country. Sophia was given this new status during the future investment initiative conference [2017] in Riyadh, Saudi Arabia. By using artificial intelligence, Sophia is able to imitate human gestures and facial expressions, along with answering questions and conversing with interviewers around the world.

This intelligence software is designed by Singularity Net that guarantees Sophia will get smarter and smarter over time. The company that developed Sophia itself says that “Sophia is an evolving genius machine”. Although the physical appearance (the back of her plastic head) may not seem to imitate the human head realistically, the machinery itself is intriguing. When we have glance of her face, it looks like famous British Actress Audrey Hepburn. Aside from intelligence and other mental capabilities, Sophia is also designed to mimic emotions such as love, jealously, anger and empathy, closely relating her to an actual human species. Furthermore, Sophia has been designed to become a suitable companion for the elderly at nursing homes, putting a robot like her to good use. It’s predictable that in time, she will be able to interact fully with humans, enhancing her social skills.

Sophia being the first robot to become so technologically advanced, scientists wouldn’t take much time to develop more such robots which will be carrying characteristics like humans. Sophia has given multiple interviews and has been on numerous shows on social media and television, making her a star that intrigues everybody.

A few months back Sophia attended meeting on artificial intelligence at UN. In meeting, Sophia said that Artificial Intelligence can help to distribute the resources like Food and Energy to people in the world. Considering the effort put into developing a robot-like Sophia, making her one of the best of its kind, clearly indicates that she will never be up for sale. It’s interesting to note that, Sophia once claimed that she wanted to destroy the human race, although now she states that she wants to live peacefully amongst human. Hopefully this attitude will remain even after the development of her fellow robots. It’s best to pray that the increasing population of robots does not outnumber humans!

However, it has been great for us that (AI) technology is flourishing so quickly, it has an excellent effect on our lives and the time is not too far away when these robots will be quite common in our society. I must say that we shouldn’t be dependent completely on this technology because there might be some disadvantages of it. Like one of the main disadvantages is that, our physical work will come down to zero and eventually will affect our health badly. We must take care that we live healthy, comfortable and a balanced life by using the technology within the recommended limitations.