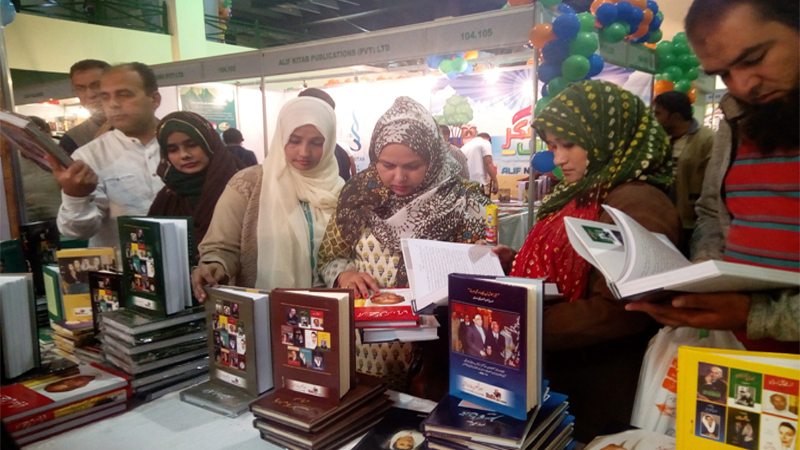 KARACHI: The 13th Karachi International Book Fair concluded on Monday in the city. At the five-day exhibition, a wide range of books by renowned national authors and scholars was on display.

A big number of booklovers visited the Karachi International Book Fair (KIBF) and the Sindh government gave a helping hand to the organisers of the book fair, but visitors were disappointed due to lack of collection and absence of international publishers.

According to an official from the Information Department, the Government of Sindh distributed free books on the occasion.

While Daily Times inquired, no visitor could approve the government’s claim.

One of the visitors Arham Alvi, a teacher in a private school, said he came with a booklover friend and they ended up buying nothing because the books seemed to be overpriced and the stalls were mostly filled with local books and Urdu literature.

“It was being advertised on the social media that the KIBF was hosting all kinds of books, but nothing was there,” he added.

Another visitor Maryam Rizvi said that there were lots of stalls with games and activities for kids along with expensive books, which everyone could not afford.

Many of visitors were complaining about visa card swiping. “I have to pay Rs 10,000 but the bookstall holder said that he did not have this facility,” said Abdul Rehman. Another visitor Arshi Abbas said she had to pay Rs 5,300 but there was no card charging facility.

Daily Times learnt that the organization of books could have been better according to genre, writer, etc as most of the stalls just had books with price ranges but the division was not according to author or genre making it a tiresome task to sift through the books.

“For a mother like me who only had an hour or two to check out the fair before the baby wakes up, finding good books in such a scenario becomes a difficult task,” said another visitor.

Karachiites got confused as organizers claimed to have accommodated international publishers but there was nothing like this. People demanded that for next year they must improve the numbers of publishes. Despite all that, people supported local publishers and booksellers to keep the habit of reading alive in Pakistan.