What do Indo-US strategic ties mean for South Asia?

The unfortunate incident of 9/11 and subsequent events at the global level drastically transformed regional dynamics in South Asia. The US-led war against terror resulted in the creation of some strange alliances in the later stages. The US’ increasing tilt towards India; Pakistan’s deepening relations with Russia and China and contending approaches of global powers in the region posed new challenges to South Asia’s stability. Such a rapid transformation has brought India and the United States on the same page but has also created suspicion and anxiety among various regional actors. The US-India strategic nexus, which has a primary objective to counter the rise of China, has negatively impacted South Asian stability.

In South Asia, the US and India have an overriding interest in countering China’s peaceful rise. For that, both countries are forging deeper and stronger strategic partnerships which make the entire Asian region uncertain and volatile. During the Obama presidency, United States signed the bilateral Logistics Exchange Memorandum of Agreement (LEMOA), and interestingly, this agreement is one of the three foundational agreements. This will not just enhance military cooperation of both countries but also give a clear impression that India has formally accepted to gang-up with America against China. Even Pallam Raju, the junior minister for defence in the Congress rule, has warned that it had locked India into an irreversible military alliance.

In recent years, the US arms influx to India has been unprecedented, some reports show that the former has replaced Russia which once used to be the largest arms exporter to India. This year in November, India signed a deal worth Rs 5,000 crore with the US for 145 M777 ultra-light howitzers and new deals are underway. The defence sector has remained top priority for Modi’s government. Consequently, India’s defence budget has reached a new high of US$ 53.5 billion. 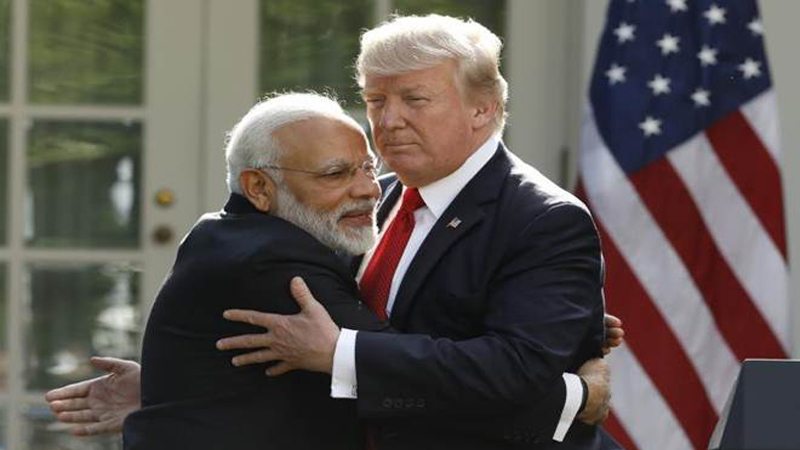 Modi’s BJP government has also finalised a Strategic Partnership model which will allow India’s private firms to build military tech like submarines and fighter jets in India in partnership with foreign entities. Through its policy of ‘radical liberalisation’, the Modi government has opened 100 percent foreign direct investment in its defence sector. As a result, the world’s top defence related companies are trying to garner multibillions from the Indian defence sector. The US defence and aerospace giant Lockheed Martin Corp. which has tied up with Tata Advanced Systems Ltd to bid for India’s $12-billion multi-role fighter jet deal also pledges to make India a global maintenance hub for its F-16 fighter jets. Indeed, under the Modi government, India is blindly following a path which will only benefit the military industrial complex.

By assessing such developments in an over-ambitious and increasingly violent India, one can argue that South Asian volatile environment can further deteriorate in the years ahead. The Indo-US nexus is less to keep check on China but more to harm Pakistan.

Pakistan has consistently showed its concerns over growing Indo-US partnerships for two basic reasons. First, almost 70 percent of India’s troops are deployed along the line of control beside Pakistan. The nature of weaponry and sophisticated war-machines which India is buying are more useful against Pakistan than China. Apparently, India is using scare tactics on the US over China’s rise but in reality, it’s a well-crafted attention-seeking tool which is sellable in Washington DC.

In South Asia, the US and India have an overriding interest in countering China’s peaceful rise

The second concern for Pakistan is that, both India and Pakistan share a history of animosity, fought deadly wars and frequent border clashes are the course of action. The factor of ‘violence’ is absent when it comes to Sino-India bilateral ties. That means, the likelihood of US weapons being used in warfare is more against Pakistan than China. In addition to that, the Kashmir dispute remains the bone of contention between India and Pakistan but more worrisome is the fact that under the Modi government, India is reluctant to negotiate about the dispute. This consistent denial for peace talks from the Indian side further complicates South Asia’s fragility.

There is growing perception in Pakistan that, as long as long as conflicts remain unresolved in South Asia, US’ military Industrial complex (MIC) will garner multibillion dollars in defense agreements. The US is major defence exporter to South Asia and it will not be a part of any conflict resolution process that will eventually hamper its business.

The US’ continuous military and strategic assistance to India, without taking care of fragility in the region, is disturbing development which will further intensify seventy-year security competition between South Asian arch rivals. Pakistan has consistently opposed America’s support for India-centric accommodation in nuclear suppliers group (NSG). Pakistan looks at US’ persistent support for Indian NSG case as a part of America’s grand strategy. The US wants to see India counter weight to China both regionally and globally. Despite serious condemnation from various global nuclear experts on the administration’s desperate attempts to unilaterally bring India within the NSG, US is supporting Indian NSG bid.

Such attempts by the US administration not only hamper South Asia’s strategic equilibrium but also damage global nuclear order. The US’ unprecedented tilt towards India is contrary to its pledge for peaceful South Asia.

United States’ actions in terms of military logistic agreements, supporting Indian NSG bid and refusal to mediate over territorial conflicts, severely hinders the prospect for peaceful co-existence. That means, Indo-US strategic ties are not just meant to counter peaceful rise of China but this relationship is the basic impetus behind South Asian hostility.

The writer is a Current Affairs and Political Science Student holds a Master from NUST, Islamabad