Huawei has set sights on CPEC to roar its e-business

As BRI aims to lay down the network of highways, railways, seaways, airways, bridges and ports, the Digital Silk Road along the CPEC route will develop cyber-ways and internet highway infrastructure for Information & communication Technology (ICT) at the cost of $ 44 million. By constructing  digital infrastructure in cyberspace, CPEC will not only be connected to China but also will link up to 65 countries located on the Silk Road Economic Belt, spreading across Central Asia and Europe, and the 21st Century Maritime Silk Road, running through Southeast Asia, Africa and Europe.

CPEC gears up to go digital with the projects of fibre optic cable, a new submarine landing station for internet traffic flow, and digital TV for all.

China has underscored the need for Digital Silk Road in its March 2015 White Paper that illustrated BRI’s digital vision. It took stock of laying down cross-border optical cables and expansion of communications networks to create an ‘Information Silk Road’. In the recent Belt and Road Forum held in May 2017, joint communiqué called for digital connectivity for BRI countries including Pakistan in a bid to revamp e-commerce, digital economy, smart cities and science and technology parks’ under bilateral, triangular, regional and multilateral cooperation frameworks.

Guo Huadong, an academician at the Institute of Remote Sensing and Digital Earth at the Chinese Academy of Sciences, touted Information Silk Road as a digital version of the Belt and Road Initiative.

In my perspective, Pakistan is all set to benefit this e-initiative programmed to be implemented in phases. Digital Silk Road will strive to establish supportive infrastructure, employment of personnel, and striking partnership deals among countries within the framework of the Belt and Road Initiative. It will construct data collection and sharing mechanisms in the cyberworld to achieve sustainable development goals. Exploiting satellite technology to monitor weather, land use practices, urban settlements and natural resources management, CPEC will be well equipped to cope with social, economic and environmental challenges, such as ecological disasters like droughts and floods.

As BRI aims to lay down the network of highways, railways, seaways, airways, bridges and ports, the Digital Silk Road along the CPEC route will develop cyber-ways and internet highway infrastructure

In pursuing the project of Digital Silk Road, some progress is already in sight along the BRI countries. In Africa, Chinese telecommunications giant Huawei has joined the ExIm Bank of China to impart technical expertise and invest $1 billion to hike internet connectivity in Cameroon, Kenya, Zimbabwe, Togo, and Niger. In Uganda, Huawei rolled out its ‘Seeds for the Future’ program to send talented college students to China for ICT training.

In Bangladesh, the Xi Jinping administration vowed to invest in the Sarker-3 project to initiate a public network linking government agencies and the MoTN project to improve telecommunications affordability and density. Huawei, the biggest telecommunications and network equipment and services providers in China, has also joined the game, generating around 55 percent of total revenue from its overseas businesses. Companies like Huawei have set sights on CPEC to roar its e-business.

Meanwhile, China and Russia have teamed up to build overland cable links between Asia and Europe, including the world’s longest Trans-Europe Asia cable link. Other projects include the Europe-Russia-Mongolia-China network, the Trans Eurasian Information Superhighway and the Diverse Route for European and Asian Markets. 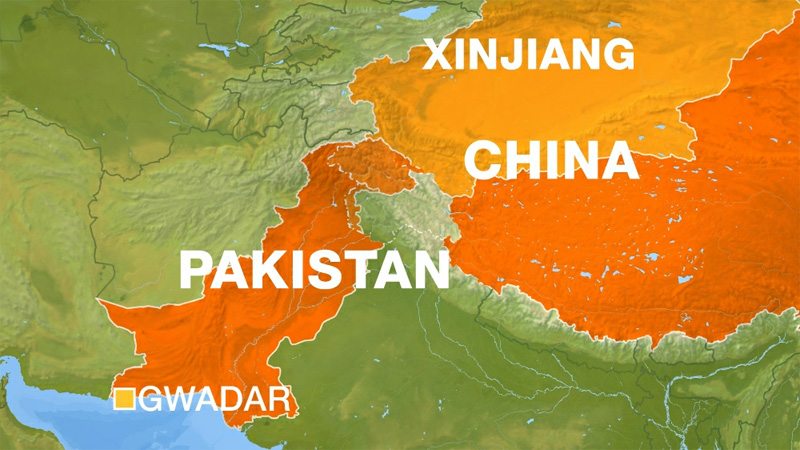 CPEC’s digital silk road will also develop a ‘space-based Silk Road’ by deepening cooperation in satellite services with BRI countries. A space policy paper prepared by the State Council Information Office in 2016 denotes how China envisions setting up Space Information Corridor along the BRI routes especially CPEC in the next five years. Beidou satellite network, providing digital information for the roads, railways, ports and industrial parks, may come into action on a limited scale in other Belt and Road countries by 2018.

Alibaba’s founder Jack Ma during an International Economic Forum in Russia asserted that ‘the most important region for his company is OBOR places like CPEC. In 2016, Alibaba acquired Lazada, a big e-commerce firm in Southeast Asia. Earlier in 2017, the company teamed up with the Malaysian government to create the first Digital Free Trade Zone (DFTZ) by 2019. Mr Ma mentioned on a Forum “we should transfer the silk road to an e-road’. Bearing in mind China-Pakistan Economic Corridor (CPEC), flagship project of BRI, Alibaba signed a MoU with Pakistan to potentially lead to an investment of approximately $400 million in Pakistan’s e-commerce sector.

I believe that the physical and digital highways laced with technologies on CPEC may be capitalized to optimum level only if public and private sectors are trained on how to operate online.

The writer is a senior journalist working for China Radio International Online, China Plus. He also writes for local and international print media. He is a fellow of ICFJ and a recipient of China friendly Netizen 2017. He can be reached at [email protected] and tweets at @yasirkhann