22 hours on the motorway

I have experienced so many Saturdays in my life but the one on November 25, 2017, was entirely different from other usual days. This Saturday ended up becoming the most memorable and an adventurous experience of my life in Pakistan.

Saturday early in the morning at 8 o clock I was ready to spend my day with my two friends and was excited to explore the new place.

We began our trip from Lahore to KallarKahar to see Loquat trees and saltwater lake but after one and half hour’s drive, we had to stop in Sheikhpura. Suddenly, the car gets to stop at 120 speeds to 0 for almost 1hour. There were almost more than 50 vehicles in front of us. We couldn’t find out what is going on in front of us but later on, we came to know that some of the people were protesting and they are blocking the roads. 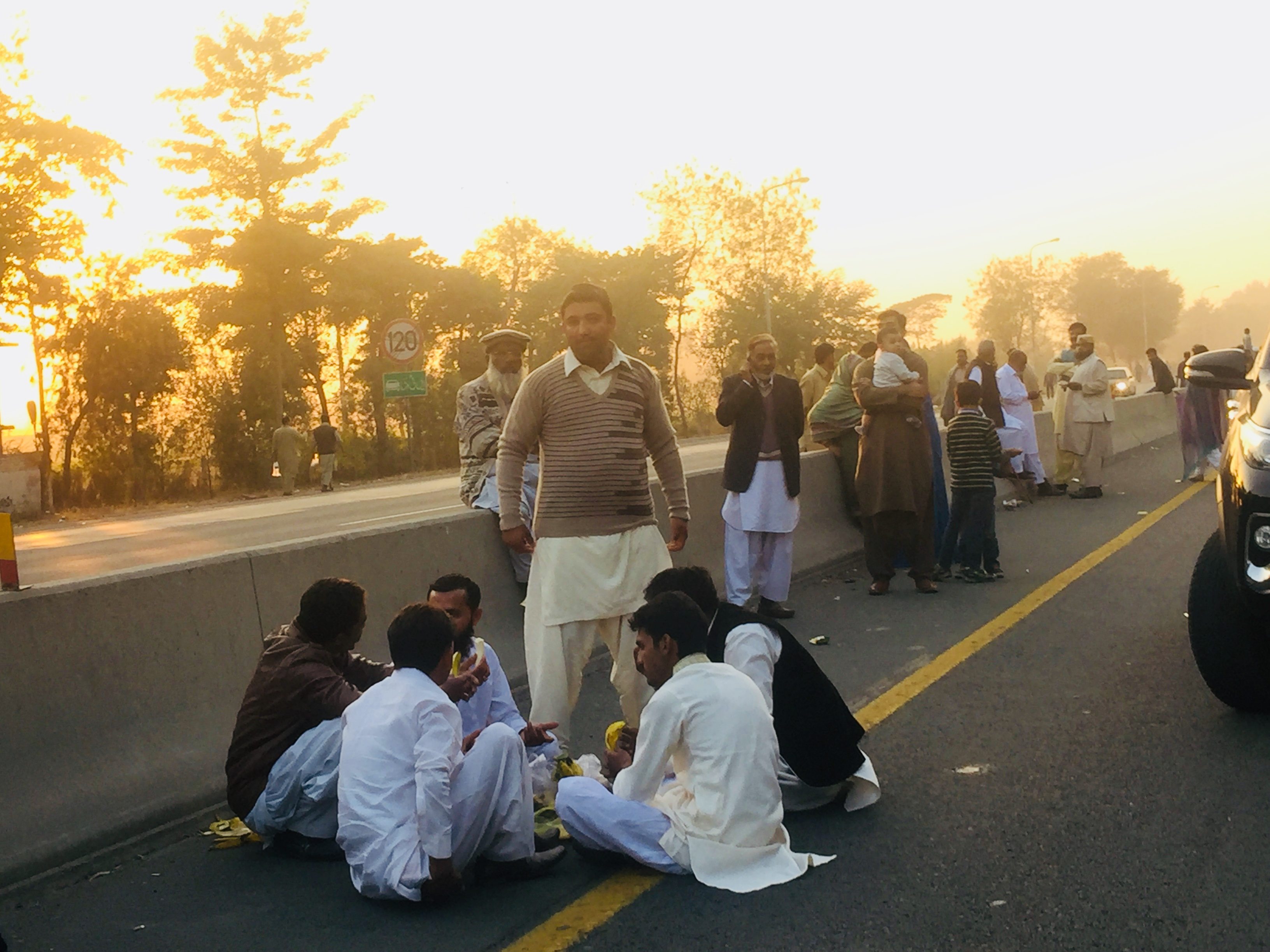 After a long wait, police finally intervened and launched a crackdown on the protestors. Some of them were dispersed while others were apprehended. This incident made us change our minds and we thought it will be better to go back to our home. We took the turn back and there we got another stop and got stuck for another seven hours.

I was so scared of the situation and got more panic when we got to know that all the news channels have also been taken off the air and even social media sites have also been blocked. Social media was the main source for me to contact with my family and friends and I was unable to do that.

Those seven hours were hard for us to be there. We haven’t had anything to eat or to drink. I had a few chocolates in my bag which gave us energy for a while. I was not only the person who was suffering these things but there were thousands of people who were also suffering from the same trauma. 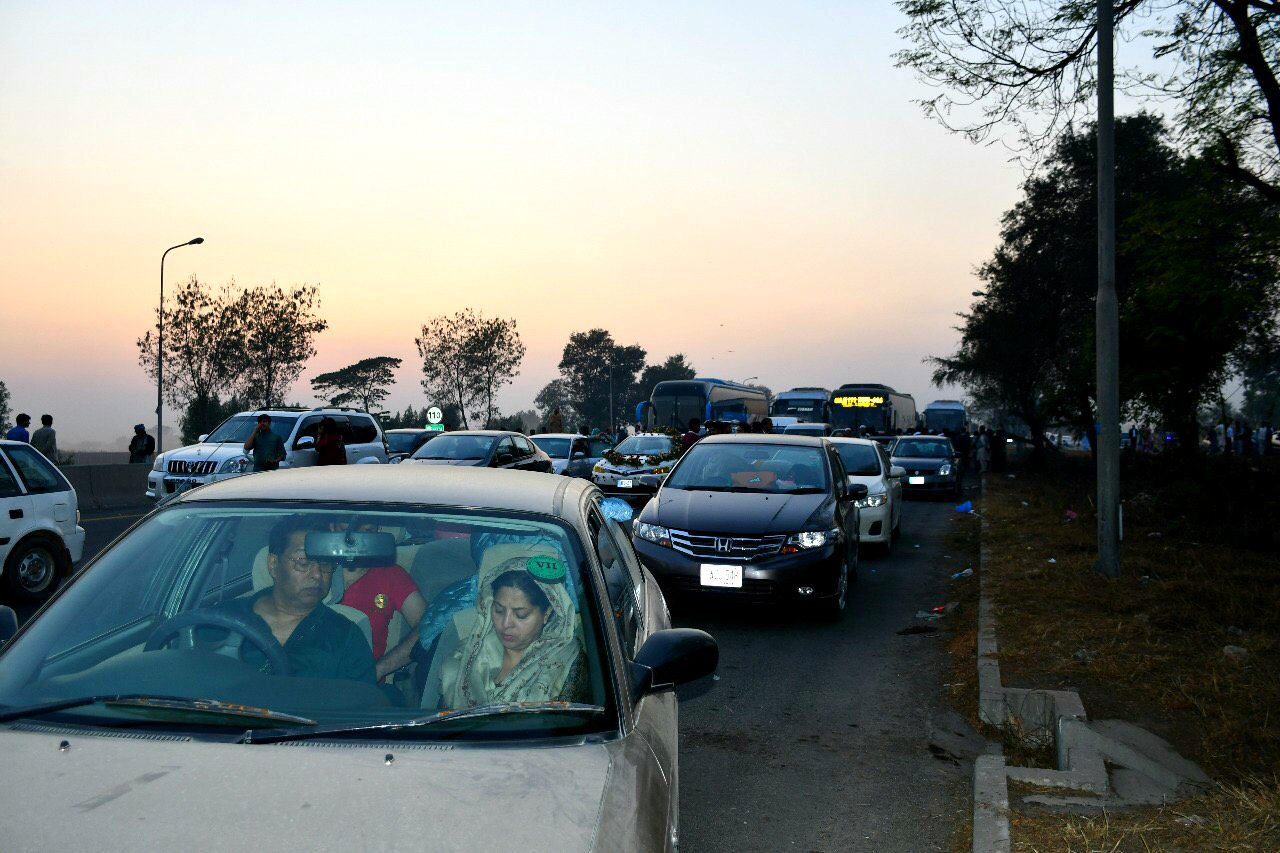 I felt worse when I saw that the cars which were decorated with flowers and the groom who was waiting and hoping that when the road will get cleared so that he can celebrate the most precious day of his life. At one side there was a beautiful sunset view and on the other side people were starving and searching to get relax.

In front of us, a group of people were offering namaz and after that, they started having their meal. I and my friends were sitting on the side of the road and one of the guys from that group came to us and offered the food and I immediately said ‘yes, if it’s possible then sure!’. He gave us a full plate of chicken curry and chapattis. And one of my friends said “they are the ‘Molvis’ who offered us the food and I fond it quite ironical. 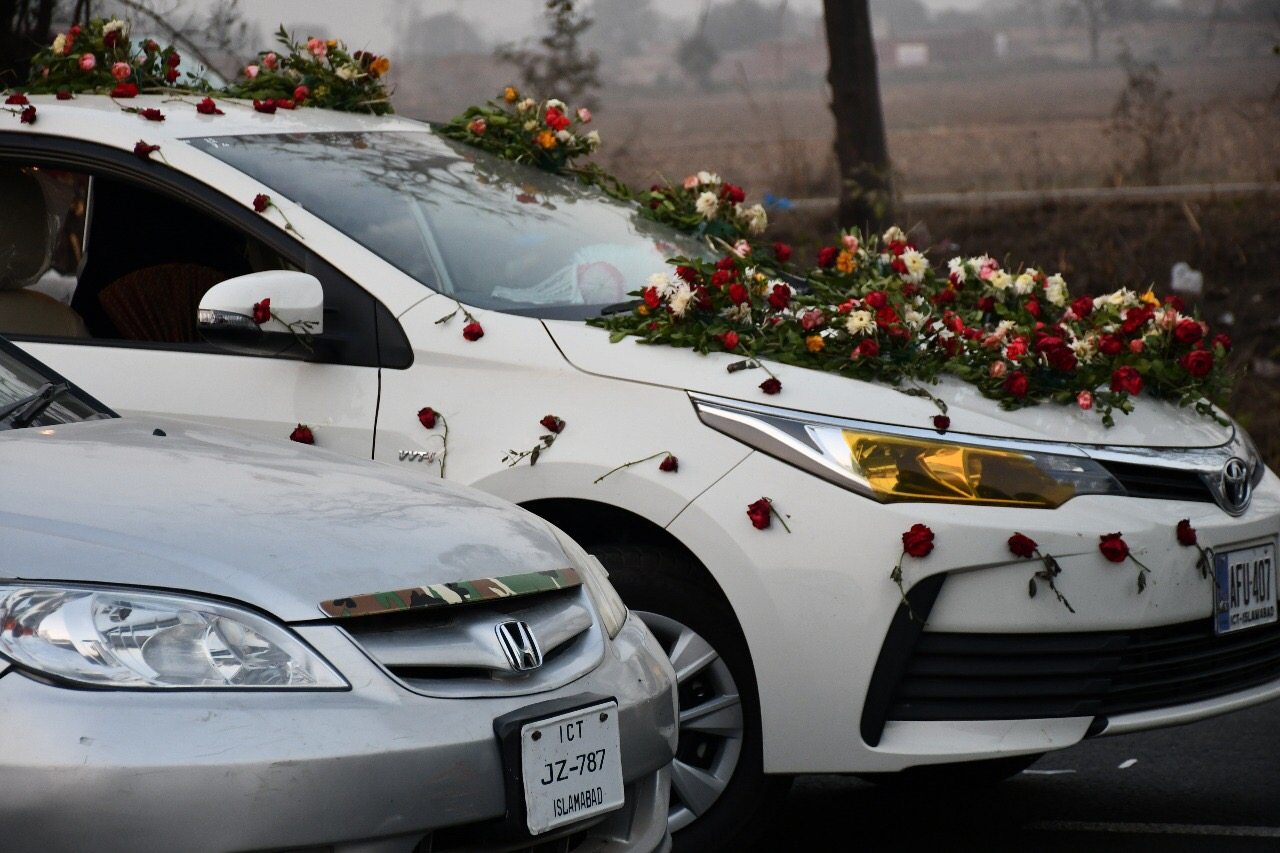 Deep dark night, shivering cold weather and a loud voice that can be easily heard from the protestors. Particularly gents were out from their vehicle and ladies were inside caring their children and protecting themselves. People were trying to know what is going on in front and searching for the probability when the roads will be clear out and they can go their home. Even in that kind of situation I can see the generosity and care of the people. People were asking to every individual person that if they need anything to eat or milk for the children’s. 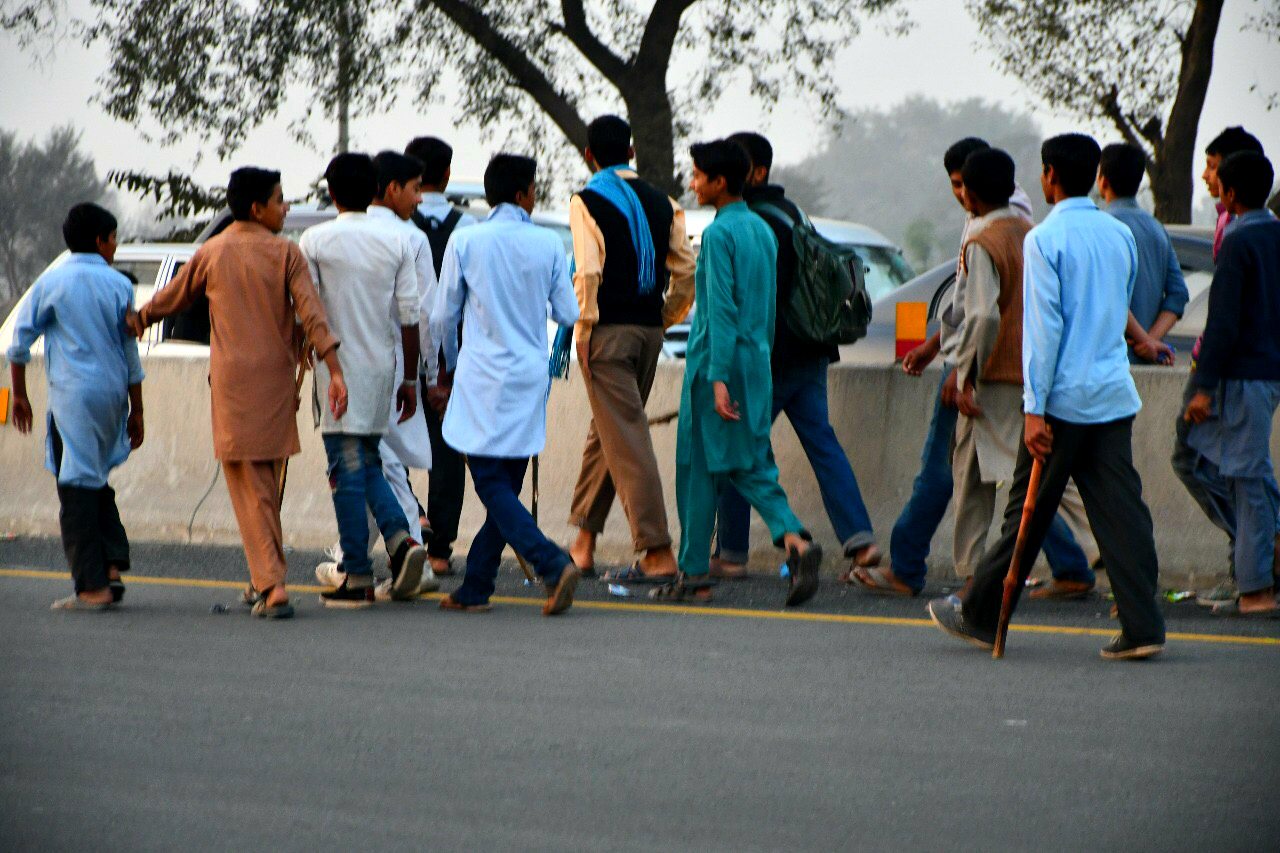 After spending 19 hours on the motorway, I wasn’t sure that when I will reach my hostel but later on few cars started moving from the exits side and slowly my friend followed those cars. We took a risk and prayed to god that to save us. It was a very narrow street, bumpy roads and we were passing from the farm fields. A local guy on the bike was showing the main roadway to every car who wants to go Lahore side. And at last, at 4:00, we entered Lahore. Everywhere there was tight security and police officers were roaming around the roads. First time I have seen Lahore in a very calm and stress mode.