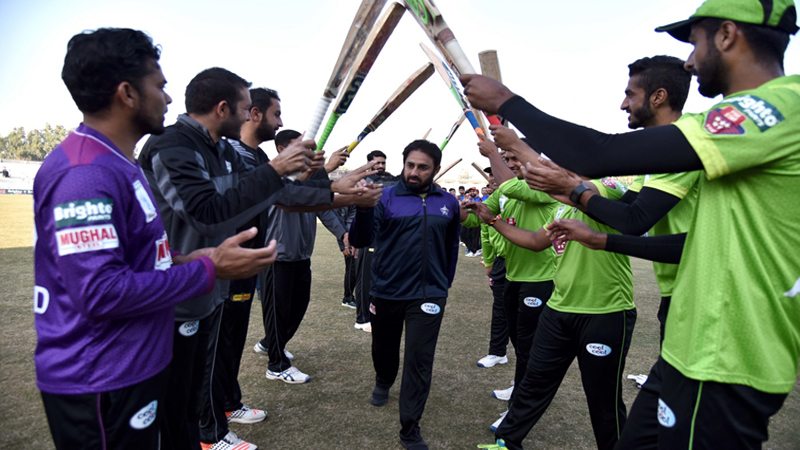 RAWALPINDI: Pakistan spin wizard Saeed Ajmal officially announced his retirement from all forms of cricket here on Wednesday, bringing down the curtain on a career that saw the highest of highs before ending in relative doldrums due to problems with his bowling actions. Ajmal will go down as one of Pakistan cricket’s most intriguing characters. A beguiling offspinner who seemed to be at or near the top of the rankings for much of the relatively short time he played international cricket, his variations flummoxed batsmen of all calibres across the cricketing landscape.

Ajmal, while formally announcing his retirement, complained that the Pakistan Cricket Board (PCB) had not fought his case well enough with the International Cricket Council (ICC) after he was suspended for having a questionable bowling action. “The PCB helped me in my career; but I am sorry to say that they did not fight my case well with the ICC when they suspended me,” Ajmal said while addressing a press conference. Unlike most others, Ajmal was a notable late bloomer, starting his career in 1991 but making his Pakistan debut at the ripe old age of 31 against India – a career route he had never even envisaged himself. The highest point of Ajmal’s career came in 2011 when he became the number one ODI bowler in ICC rankings.

He played an important role in Pakistan’s Test series win against England in 2012, which still remains one of the highlights of Ajmal’s career. In 35 Tests played for Pakistan, Ajmal claimed 178 wickets at an average of 28.10, with ten 5-fors in innings and four 10-wickets hauls. Ajmal was equally effective in the shorter format and took 184 wickets in 113 ODIs and 85 wickets in 63 T20Is for the country. Having been banned in 2014 from bowling in international cricket, Ajmal tried mounting several comebacks but said the PCB’s lukewarm interest in him left him with no option but to end his playing career and embark on a new journey. “I tried a lot. The PCB helped me somewhere and somewhere they didn’t. If they wanted me to play they could have made it happen. So I decided to retire on a positive note after leading my team Faisalabad in the National Twenty20 Cup.” Ajmal said that he believed the PCB should raise the matter of bowling actions with the ICC as Pakistan does not have many off-spinners left now. Ajmal’s cricketing career ended with a defeat as Faisalabad – the team he represents in the domestic circuit – was defeated by Lahore Whites in the semi-final of the National T20 Cup yesterday.

At end of the match, players from both the teams lined up to bid farewell to the star off-spinner. With tears in his eyes, Ajmal thanked his parents, wife and friends for supporting him throughout his career. “I thank the PCB, my club and the Faisalabad Region for their support and encouragement throughout my career,” Ajmal said. Despite a forgettable tail end to his playing career, Ajmal said he was content with what he achieved and now wanted to help cultivate young talent with his expertise. “I played enough and achieved even more than I had expected at the start of my career,” he said. “I am thankful to all the fans, friends and coaches who helped me achieve what I did in my nine years of international cricket and now I plan on using my experience to make more brilliant off-spinners for Pakistan.”

Ajmal said his immediate task was to develop a bio-mechanics lab at his academy and help those who had problems in their bowling actions. “I will be setting up a lab at my academy in Faisalabad and want to help those who have been out for suspect bowling action.” Ajmal, who has been appointed the bowling coach of Pakistan Super League PSL franchise Islamabad United, continued: “I also want to help up and coming off-spinners and even others who want to correct their actions. I am in talks with an English coach who has worked with the ICC. I want him to work here with banned players in Pakistan so they can be available for Pakistan team again.”