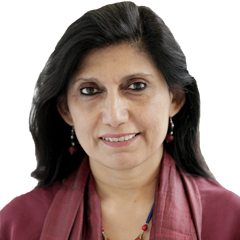 Women everywhere have long been abused by powerful men . . .  only now they are beginning to find their voice

The Pakistani film industry has long used the issue of rape asmasala in their film formula. Often, an‘extra’ in the film would get raped to introduce the villain of the story. A side heroine or a vamp would be raped to make the point that she was too modern/western and/or disobedient. Traditional subservience is still considered to be necessary, by our mainstream film producers, for building the image of the stereotypical woman. The audience is made to feel they should be satisfied because she deserved her punishment. Many in the audience are gratified with the woman’s skintight clothes being torn from her body as she is thrownabout in an ‘artistic’ manner.

Until Shoaib Mansoor’s Verna hit the cinema screens, in Pakistani films there is no life after rape, regardless of the director. The woman is either killed, commits suicide or disappears intoa red light area as there is no room for a raped woman in our society. Other than Inteha and Khawahish, where the heroines do not die, think of another film where the rape victim survives and the story goes ahead with her living a normal life.

In Verna, not only is the heroine raped, but she continues to live with the same hero as she plots her revenge. This is nothing less than a revolution in our film narrative. Judging from the attempts to stop the film from being shown, many in our society are uncomfortable with this scenario. Despite this opposition, many women across the country have taken to social media to express their strong support. Men have also started showing solidarity on this issue and a forum of Pakistani Men Against Rape has been launched.

Shoaib Mansoor has also given us a new Urdu word for rape. All the phrases used so far: Izzat lutt jana, Ismet-rezi and Zina-bil-jabar all place the burden on the woman. Mansoor’s word, Zabarjinsi, has been introduced very casuallyin the film to give this society a neutral word for rape.

Vernastarts with a conflict within the first 7 minutes. Thugs trap the heroine in broad daylight, in Islamabad’s F-9 Park of all places, to kidnap her for their boss. Three days later, she is left shakennear her home with her hands tied. This is something very new and surely shocking for the audience. Upon her return, she is neither killed by her loved ones nor does she commit suicide. While she cannot be categorized as a bad woman, some family members do remark on her modern clothes.

Once she decides to go against her family’s wishes, the film takes us through her challenges of getting justice for the crime. Although the media is clearly on her side, powerful forces immediately circle their wagons to protect the culprit, who in this case is the son of the Punjab Governor.

In cases of rape or incest within families, women continue living in the same abusive environment because they are too afraid to tell anyone

The film clearly shows the gaps in our political system, including its police, medical and legal components. Through its dialogue, the film does a public service by educating the whole nation on how to report a rape, and the complexities of the process.

The arc of the film story concludes in a unique manner, which perversely has been criticised by our intellectual film critics.There are questions that have been raised by those critics that need a response.

How can a woman recover so fast? We think rape victims usually take years or decades to heal. Actually, they are quick to pretend that they have recovered and Sara’s behaviour is typical. In reality, it is the shame our society piles on the victim that sends her into a state of depression.

How can a woman go back to her rapist? People may not know that women in our society sometimes live with their rapists. In cases of rape or incest within families, women continue to live in the same abusive environment because they are too afraid to tell anyone.

How can a woman take the law into her own hands? It seems here Mansoor has added a unique twist to his ending. It is not what she does to her rapist that establishes the final resolution, but what she wants citizens to do to make a better system.

Overall, women who are aware of the dynamics surrounding the issue of rape in our society have given this film a high score. The film is sensitive and brave in depicting a revolutionary innovation in the world of South Asian cinema. As far as the acting goes, as usual in Mansoor’s films, many new people have been introduced. Both Mahira and Haroon have done well and Zarrar plays to villain to the hilt. The sister, played by Naimal Khawar, did a good job in her first role, but her character would have benefited from some more lines. The characters in the families, the police, the courts, and the politicians were all portrayed as we are used to seeing them in real life.

Although Verna was completed some time ago, its mix of rape and power has been foreshadowed by the many revelations in American society over the past month. Women everywhere have long been abused by powerful men… only now they are beginning to find their voice. I am glad Pakistani cinema has brought out a stellar production to join in that chorus.