An open letter to Sharmeen Obaid-Chinoy 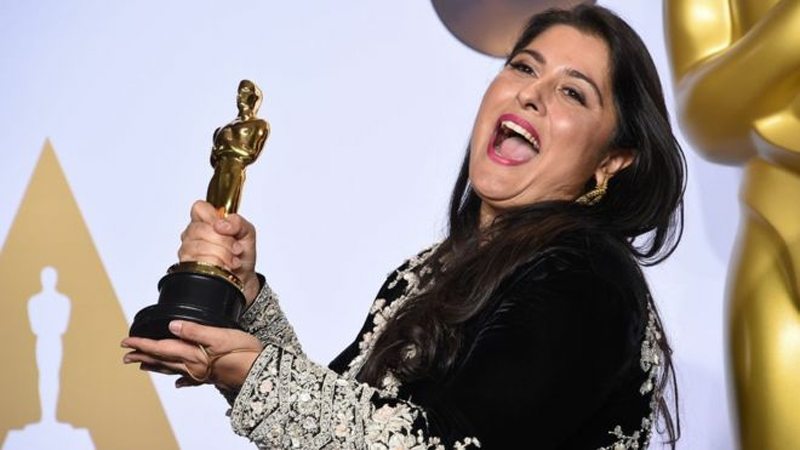 I hope you will read this letter with patience and tolerance in light of the recent controversy created by your tweets regarding the now-sacked AKUH doctor.

I found several problems with your tweets on the alleged harassment suffered by your sister. Firstly, your ‘zero boundaries’ comment was not only stereotypical but also demeaning. Secondly, your claim that the doctor’s friend request on Facebook was tantamount to ‘harassment’ was not only sickening but it also showed that you either don’t know what harassment constitutes or were just wishing to have some free publicity.After all, negativity sells a lot in this world. I am sure you’re aware that Facebook has integrated privacy settings that could have been utilised by your sister but no, you chose to overreact on her behalf and destroyed someone’s budding career in no time.

You do realise how difficult a doctor’s life is especially when they work day and night to make themselves worthy of treating patients. I do believe that the concerned doctor’s actions fell in the category of ‘unethical behaviour’ as per medical guidelines but in no way, did he ‘harass’ through a simple friend request. What if your sister was being treated at the Royal Brompton Hospital or one of the private clinics on Harley Street in Marylebone and went through the same situation? Would you have reacted the same way? I guess not! Let’s take another example. What if it was a famous Hollywood or Bollywood celebrity (who personally didn’t know your sister) sending friend request? I guess the request would have been accepted promptly. I receive random friend requests but I never react the same way nor do any of my female friends do so.

From what I gather through my assessment, most doctors feel that you misused your fame and even celebrities such as Fakhir Mehmood, Hamza Ali Abbasi, Ali Moeen Nawazish and Shafaat Ali feel the same

In one of your tweets, you have stated the following, ‘messing with the wrong women and wrong family’. This is clearly an open threat,since you are a privileged and influential person. AKUH may have likely been coerced through your influence and they’re still keeping mum on the matter with vaguely drafted statements. From what I gathered through my assessment, most doctors feel that you misused your fame and even celebrities such as Fakhir Mehmood, Hamza Ali Abbasi, Ali Moeen Nawazish and Shafaat Ali feel the same. The doctor concerned is traumatised by your alleged coercive tactics and doesn’t wish to speak to anyone as per Dr Hassan Auj, the son of the late Dr ShakilAuj. You may have found small support among celebrities such as Meesha Shafi and online blogging forums like Mango Baaz but they need to realise how problematic your actions were if looking at the larger picture.

Harassment is an extremely sensitive matter for women. Take for instance, cat-calling cases and the recent scandal surrounding acclaimed Hollywood producer Harvey Weinstein. As a Lahore-based female journalist friend of mine said, you tried to trivialise harassment without even realising the effects.

Before you start judging me, I come from the privileged class as well just like you with the best education and standard of living one could ask for. I even rooted for your Oscar awards but now I feel that I may have been wrong to do that because I recently stumbled upon a video clip of the poor woman you allegedly used to win one of the Oscars. You haven’t even given her the promised house and cash reward. Do you realise what this means? It amounts to cashing on others’ plights without addressing them. How shameful is that?

As for AKUH, their committee needs to investigate the matter, and I have already emailed them to review the doctor’s hastily-driven dismissal on God knows what grounds. It is hoped that sense will prevail and that no one has to go through such haunting trauma which you gave to the doctor. I am sorry but I cannot blindly support you on this for the sake of being privileged and influential.

The writer is a geopolitical analyst and an alumnus of the Department of War Studies, King’s College London, University of London. He regularly appears on the media to discuss and debate on issues related to foreign policy, politics and national security. He can be reached at hassankhan440@gmail.com and tweets @mhassankhan06