Balochistan has been the target of “hybrid warfare” for decades. The actors and objective as well as the nature of the enemy has changed with time, only India’s hostility has remained constant

On the evening of Oct 22, 2017 as I was entering Quetta Club with a CPNE delegation for a dinner hosted by the Speaker of the Balochistan Provincial Assembly Ms Rahila Durrani, my son Zarrar sent me a whatsapp snapshot of my three grandchildren in Halloween costumes from New York. By some odd coincidence fully 65 years earlier (1952) my late sister Shahnaz (than all of 3 years old) and I went to a ‘Fancy Dress Party’ in Quetta Club. The many security checks of a ‘Fortress’ on the way to the Club contrasted hugely with Mrs Mahmud Jan, Mrs Irani, Mrs Leslie, my mother and others (all of whose husbands were doing Command and Staff College) riding bicycles going to and fro from Quetta Club to play tennis and squash. Doing my ‘Weapons and Tactics Course’ in 1967 I was privileged to be invited to lunch on Sundays by Brig Mahmud Jan, Commandant Infantry School and Brig SJB Irani, Comd Quetta Log area.

Memories flashed back to subjecting my wife Karachi girl Shahnaz in 1973 to Hut 7/4 without running water situated close to ‘Seven Streams’ facing Coolie Camp and Murdar Pahar. My CO Lt Col (later Brig) Taj, SJ and Bar had decided Maj Shamshad and I, both married a few months earlier, deserved a honeymoon prior to 44 Punjab (now 4 Sindh) going into counter-insurgency operations against the Marris a few months later at the specific request of Governor Nawab Akbar Khan Bugti to the PM Zulfikar Ali Bhutto. On a text book ‘advance and encounter battle’ (if you please) we kicked off from Sibi, one of the hottest places on earth on the hottest day of the year, ordered to do so with our helmets on! 46 Baloch suffered several dead (and dozens hospitalised) due to heatstroke. Nothing happened to the Brigade Comd who threatened my CO with court martial because he had instructed us to put as helmets in the vehicles, he went on to make a major general. Those were the days, my friend!

The dinner session with the Speaker of the Provincial Assembly, Ms Rahila Durrani, was a pleasant surprise, to start with a female in a male-dominated Baloch society is a novelty. Ms Durrani recounted how she rose from being junior reporter with an Urdu daily against the wishes of her family to practicing law to earn her living before eventually entering politics. The consensus among a hand-bitten CPNE lot about this genuine Baloch original was positive, her black belt in Karate notwithstanding. Surprising why she is not more exposed to the world to portray Pakistan’s soft image.

Massive political and economic initiatives, which include construction of dozens of small dams to create agriculture opportunities, are still required to correct the prevailing ‘Balochistan disconnect’

The journey to Hanna Lake, which unfortunately we did not get to see, was nevertheless nostalgic. While our fathers were on the faculty of the Command and Staff College in 1955, Minhaj Ali Khan (son of Brig Zafar Ali Khan, HJ), Shahid Amjad and Rashid Amjad (sons of Brig Amjad Chaudhry, HJ) Dereck Mufti (son of the Staff College Librarian Mrs Mufti) and myself often walked all the way there. Hosting lunch for the CPNE delegates in the CM’s Rest House, the present CM Nawab Sanaullah Khan Zehri was clearly hands on. A feudal and a politician, one cannot doubt he means well but whether his good intentions really gets executed is a question that can only be confirmed by improvements in the prevailing Balochistan political and economic environment made better by an intensive and sustained security effort by the Army and the Frontier Corps (FC).

At a tea reception in the Serena hosted by Anwarul Haq Kakar, Spokesperson of the Chief Minister Balochistan, this was knowledgeable and articulate vociferously counting the achievements of the government. He attributed the improvement in the ‘security situation’ to the political will cementing the close civil-military liaison making it happen. Speaking about the mineral riches of the Provinces, he mentioned the possible revival of the Reko Diq project.

One of his suggestions struck a chord Balochistan representative in the National Assembly (NA) must increase 2-3 fold devised by a formula where both land size and population are taken into account. Since census has taken place, this could be a priority in the delineation. As for as the Naraz (Angry) elements in self-exile, they were most welcome to come back and hold a dialogue but that there would be no compromise in their recognising Pakistan as their state and the sanctity of the Pakistan Constitution. CPNE delegates who met Dr Abdul Malek and Hasil Bizenjo said that they did not seen so hopeful, Home Minister Safaraz Bugti was similarly non-compromising as Kakar with respect to the militants, saying the security situation was now firmly under control. He dismissed the threat to the hawkers by the militants not to deliver newspapers. 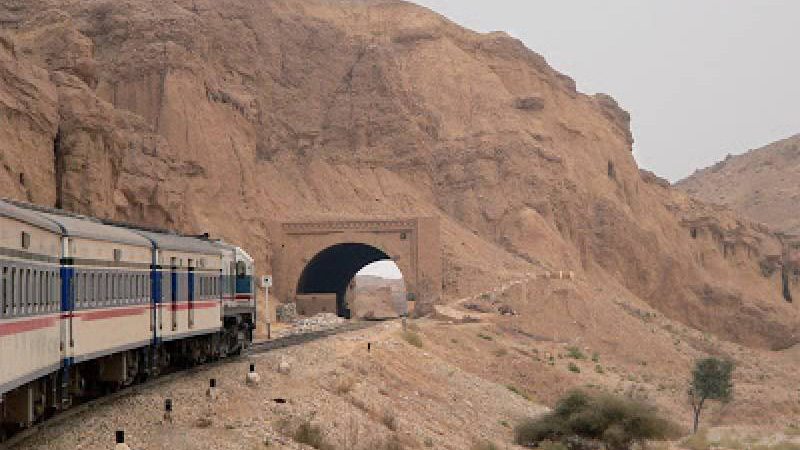 The Governor Balochistan Mahammad Khan Durrani is a very nice old man and a gracious host. Unfortunately he did not know any one of the Baloch media persons present. Not his fault, if he is kept isolated in the ivory tower of the Governor House, disconnected from the Balochistan population, his views will be coloured by what is fed to him by his staff.

Balochistan has been the target of ‘Hybrid Warfare’ for decades the actors and objective as well as, the nature of the enemy has changed with time, only India’s hostility has remained constant. Kulbhushan Yadav’s only emphasises the extra push behind the China-Pakistan Economic Corridor (CPEC) factor from the last 3-4 years. With CPEC having the potential of changing Balochistan’s destiny (and with its success Pakistan’s) India, alongwith its erstwhile ally the Afghan government, has gone into overdrive to somehow stop the CPEC from happening.

The militants are clearly in disarray because of concerted and successful counter-insurgency operations backed with socio-economic initiatives targeting the common man’s betterment, obviously they want this information not to reach the masses.

Unfortunately rumours and innuendos can replace facts in a vacuum. The last desperate measure of a “hybrid warfare” mode to stop the flow of information is being attempted by stopping the hawkers from delivering the newspapers. Remember what happened when Brig Siddiqi of ISPR rounded up all foreign journalists in Dhaka after the 1971 Mar 25 crackdown and packed than off to Karachi? Other than the animosity generated in the resulting vacuum, facts were embellished and exaggerated into fiction to Pakistan’s detriment, lies became history.

Even though the threat emanated a few days ago, by no mean coincidence it came to a head when the CPNE Executive Committee came for their Session. The RAW-assisted move to hamper the delivering of newspapers throughout the Province must be frustrated by whatever means possible. One can understand the hawkers being worried about their and their family’s safety, however to give in to the demands would be catastrophic.

While the owners of the print media platforms are understandably anxious, blackmail of such kind is an essential terrorist weapon, to allow this would destroy all the gains made in not only the battleground but even partially in the socio-economic field. The reaction of Provincial authorities gave the feeling about them not really being concerned, maybe they knew something we didn’t. One would have been much more confident about the situation if given some briefing from the security overlords in the Province, military, semi-military and police. Since for some unknown reason this did not happen, CPNE delegates then each made his/her own assessment because of the apparent ‘fortress mentality’ clearly visible in Quetta.

While all the portents of returning to peace are clearly present, because of security restrictions one does get an odd feeling of ‘déjà vu’. Massive political and economic initiatives, which includes construction of dozens of small dams to create agriculture opportunities, are still required to correct the prevailing ‘Balochistan disconnect’