Life as a Pakistani woman smoker 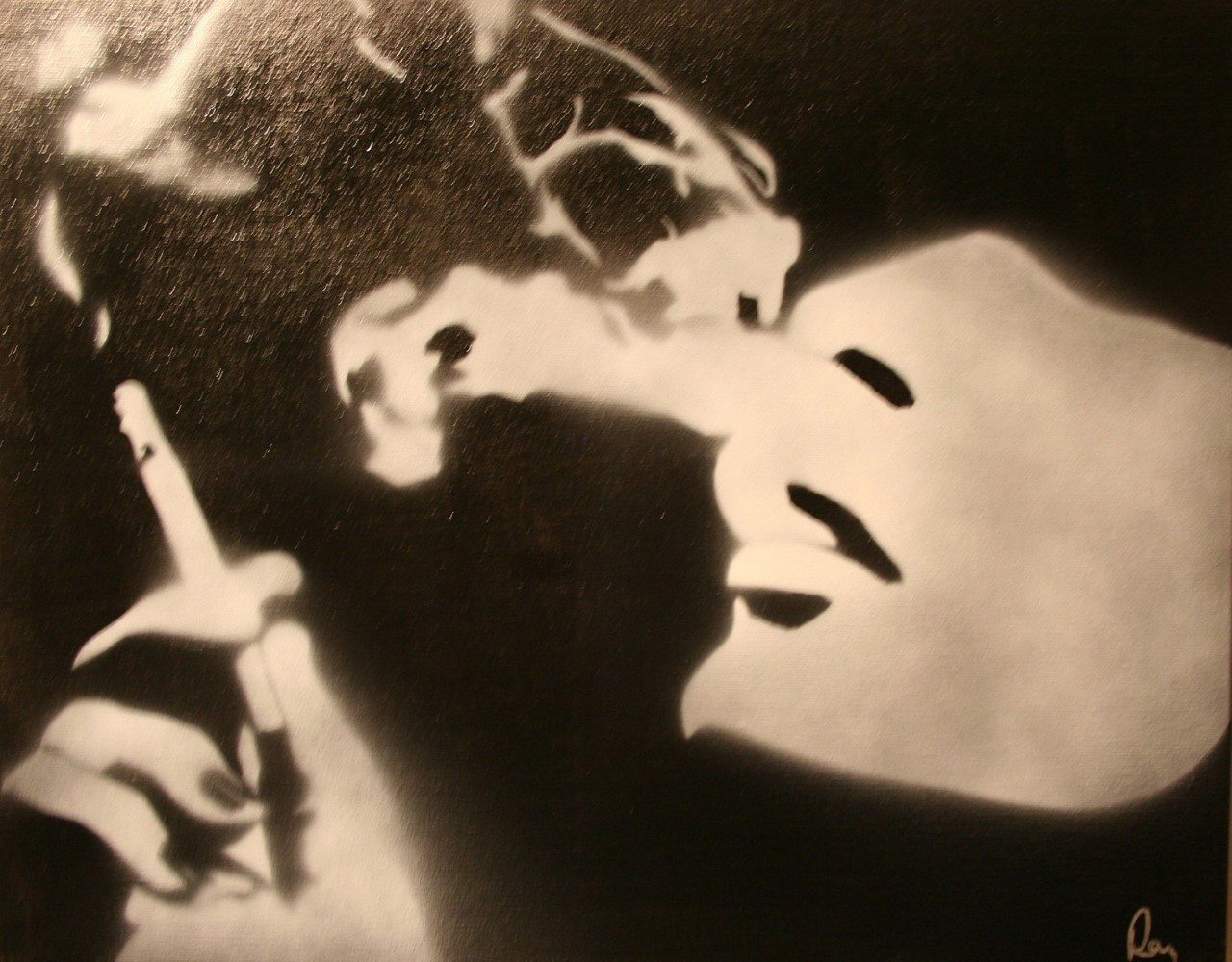 Growing up in a conservative, middle-class family taught me a lot of things – the most important one being survival. With high aims and goals set right up at sky-level, I learnt to side-step scandal as soon as I entered my teens.

Incredibly sensitised to the idea of what my ‘image’ should be like, even as a kid, I kept my eye out for behaviour that could impact that ‘image’. A dupatta properly clad, hair properly tied, no fringes or bangs, no blingy plastic jewellery that all my classmates wore, no makeup, no moving to music no matter how amazing the beat.

It felt unfair as I saw my younger and significantly less responsible and more foolhardy brother got privileges and permissions I couldn’t dream of. He would stay out nights, drive our car without a license and get in trouble, while I would be worrying about the shape of my shirt, my growing curves, and how to hide them.

With several of my male relatives being chain smokers, smoking was apparently a normal thing in the family, until I saw a girl being pulled out of college because she smelt of cigarettes when she came back home.

She had never smoked a cigarette in her life. But the mere suspicion, the tiny chance that she had probably touched a cigarette and taken a drag, or worse enjoyed it, put a full stop to her education then and there. It stuck with me.

That is what was on my mind when I used to steal my brother’s cigarettes to smoke in my bathroom. Strategically picking out times when my family would be asleep, I’d lock my door, turn the exhaust fan on, and give in to the craving.

I wished then, that I had the freedom to smoke like my uncles or brother did. No fear of judgement, dinner being delayed because they were out smoking, tea trays carried outside so they could enjoy tea and cigarettes together. I always wondered if it was just my family that felt this way about women smoking.

It wasn’t the case. At my last job, I was surrounded by strong, feminist men and women, all of them fighting for individual freedom. I felt I was at home, finally – until I went out to the lawn to smoke a cigarette.

The maali baba subtly got a chair out and placed it at a corner of the lawn hidden to everyone else. I took it for misplaced chivalry, until my boss saw me one day, and took me to a side. In a polite, failed attempt at not being condescending, he told me to please not smoke where anyone from the organisation could see me, that it would affect my image there. My boss was a chain smoker himself.

I couldn’t, for the life of me, understand how my reputation could get tarnished over something every other man in the organisation was doing, and why it fell upon them to decide what my ‘image’ should be like. Perhaps it is the idea that men somehow collectively own all women, and therefore, have the power to straighten them out where they go astray? Every similar lecture I get ends with me reminding people that I am an independent adult. If I am responsible enough to make my own career choices, I am responsible enough to decide on that ‘image’ too.

After all, it ended in giggles and laughter when an underage team member mentioned his foray with smoking and drugs – he was protected by the Y chromosome. It’s only an issue if you are female, because then you have the weight of your entire society and culture to carry on your shoulders, and it is messed up if we see women smoking as a bigger issue than minors having access to cigarettes. Still failing to grasp why it was such a big deal, I persisted until gradually, I found out other women there who smoked as well. In numbers, we found strength. The disapproval, however, didn’t stop.

Continuing to smoke as a woman in a society that instantly classifies you as a low-life if you are seen smoking is not considered persistence – it is considered an act of defiance, and is met by an even stronger reaction.

The first day our department head joined our company, he made a barrage of problematic statements about women under the garb of ‘personal opinion’, one of which was how low it is for women to actually smoke. He had the grace to light up my cigarette for me when I came upon him smoking outside just fifteen minutes later. Being a woman, you learn the meaning of irony really young – you live it.

Somehow, desi men seem to believe that if a woman is found smoking, it’s an open invitation to everything carnal. If nothing else, a lewd gesture or flirtatious remark is thrown your way, since the cigarette between your fingers means you are definitely ‘asking for it’. Coupled with the way they take it upon themselves to chastise women over anything they consider ‘not right’ for them, it makes one wonder what the chain of thought behind such behaviour is. The patriarchy has made certain boxes for women – the good and the bad. It is taken up by most men to either ensure that women don’t go astray, or if they do, there is instant objectification. Something as trivial as an absent dupatta, a risqué hairstyle, or a cigarette between your lips is a pass for them to do whatever they want with you, since you no longer deserve respect.

More often than not, even at your workplace and surrounded by educated, well-off people, you are asked if your parents know you smoke. I always ask back, ‘Do they have to?’ I don’t miss the implied threat of the trouble I could get in if the word spread that I smoked. The idea that I am still under someone’s ownership, my father’s if not a husband’s, is still there. Everything I choose to do requires a seal of approval, or someone can just snitch about me to my family that I am not complying, high-school style.

There are often two kinds of reactions. One, that of immediate anger, with shaking heads and muttering, and sometimes an audible astaghfirullah. The other, is that of such fake acceptance – you can almost reach out and touch the disapproval and disgust floating around you despite the smiles.

Women I work with, claiming to be brilliant progressives who are all for women being strong and equal, continue gossiping about how I hold the cigarette, how I probably only smoke lights, how I don’t really smoke and just pretend so I could look cool. Unlearning what you grew up surrounded by takes more time and effort than learning new things. Unlearning internalised misogyny is one of those difficult things. Our brains are infiltrated with biases and ideas at such a young age, even as proud feminists, a lot of us are unable to accept women who don’t conform to our specific brand of feminism. Free choice is not respected, and everything a woman does needs justification, even to other women.

I remember stopping at a railway phaatak in the back of a taxi one day – since the train would take a while, the driver offered me and my friend cigarettes and we started smoking. I was halfway through mine when I noticed a child sitting in the car next to ours, her nose pressed against the window, watching us.

Before I could react, she turned to the mother and excitedly pointed towards me. The mother gave me a dirty glance, and asked the girl to scoot over to the other window. The father looked on, a cigarette smouldering between his fingers, a pack of Gold Leafs on the dashboard. That girl probably learnt a lesson that day. Inhaling in the smoke from her father’s cigarettes in a closed car, she realised smoking was bad – for women.

The argument that, probably, the reaction was because I was indulging in something unhealthy died at that moment. There was a girl of 7 or 8 years sitting in a closed car, breathing in second-hand smoke, and the parents were okay with it. A woman sitting in another car with two other smokers was a bigger threat to the child than the fumes she was breathing in, according to the parents. It says a lot about how, as a nation, we prioritise things based on a very messed up moral compass. Anything that may incite scandal is dangerous if you are a woman. Actual health issues take a backseat.

The first time I asked about the smoking area in my office, a lady audibly gasped and asked how I could be bold enough for that question. She is a smoker too, just that she smokes hidden in a fire exit. While she was unable to get over her need to smoke, the woman could not accept the idea of being the only woman smoker on the floor. From her perspective as a woman smoker, I rank a little below her for being a woman smoker who is not ashamed. Perhaps, to her, the unsettling shame that forces her to hide makes her better than a person who owns the fact that they are addicted, and deserve to smoke without judgement despite their gender.

I still smoke on the terrace, where all my male colleagues do. After a few days punctuated with looks of surprise, they have grown accustomed to me now. We share lighters, we borrow cigarettes, we chat about work, and I hope my friend hidden in the fire exit joins us too one day, putting aside the fear of social scrutiny over something so normal and common. Maybe, one day, no woman will have to hide in the fire exit anyway, just for a smoke. And maybe, one day, we will be able to tame our floodlights onto bigger, more important issues – bigger than cigarettes in the mouths of women.

The author is a feminist writer, speaker and artist who believes in the power of free speech.