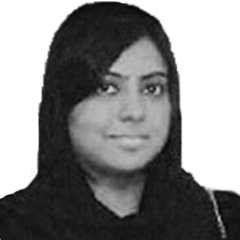 The tragic ordeal of Rohingyas

Since August 25, the Myanmar Muslims or Rohingyas are brutally persecuted and displaced in the name of ‘clearance operations’ carried out by the Myanmar security forces to root out the insurgents from the Rakhine state of Myanmar (formerly known as Arakan). It has been reported that the present violence began after the Arakan Rohingya Salvation Army (ARSA) attacked Myanmar police and paramilitary posts to protect their ethnic minority group from persecution by the security forces. In fact, the illegal and unjustified persecution of poor Rohingyas at the hands of security forces has provoked Rohingyas and led to an armed resistance by Rohingyas and subsequently paved a way for deadly clashes, riots and communal violence. This distressed situation has added Myanmar among countries which justify their discriminatory and violent attitude towards Muslims in the name of retaliation against Islamic radicals, extremists and terrorists.

However, the persecution of Rohingyas is not a new phenomenon. History tells that Rohingyas are the world’s most oppressed and persecuted minority.

Beginning in the 1970s, Rohingyas had been tortured by the Myanmar government but after 9/11, the situation aggravated as Rohingyas are now killed in the name of Islamic extremism. Under such horrendous circumstances, nearly 1.1 million Rohingyas have fled Myanmar due to widespread persecution and have taken shelter in neighbouring countries such as India, Thailand, Malaysia, Bangladesh and South East Asian countries. According to BBC, more than 400,000 Muslim Rohingyas have fled to Bangladesh under the current turmoil.

According to Amnesty International, Rohingyas are being considered illegal immigrants, non-citizens and foreigners in Myanmar, and have suffered severe human rights violations at the hands of security forces since 1978

The migrating Rohingyas have been provided shelter in newly established Rohingyas refugee camps by the Bangladesh government but their free movements outside the camps have been restricted with the hope of returning them to Myanmar or even to a third country.

According to Amnesty International, since 1978, Rohingyas are being considered illegal immigrants, non-citizens and foreigners in Myanmar and have suffered severe human rights violations at the hands of security forces. The anti-Muslim sentiments in Myanmar have developed since the history unfolded to Buddhists about their forced conversion during Mughal rule, which even led to ‘Anti-Muslims’ and ‘Burma for Burmese Only’ campaigns under the British rule in 1930s.

The Buddhists have denied Muslims claims of their ancestral settlement in Myanmar since 9th century and practically barred their recognition as Myanmar nationals under the constitution. According to Human Rights Watch Report 2000, the migration of labourers that took place from India and Bangladesh to Myanmar during the British rule is named illegal by the Buddhists and the Rohingyas are considered as Bengalis. They consider the term ‘Rohingyas’ as a recent invention for political objectives.

After independence in 1948, the political rights of Rohingyas were also confiscated when Burma Muslim Congress was removed from the Anti-Fascist Peoples’ Freedom Party (AFPFP) and was later dissolved. Muslim soldiers were expelled from Army and strict restrictions were imposed on Rohingyas related to cow slaughter and pilgrimage.

This clearly indicates the Myanmar government’s intention of ethnic cleansing of the Rohingyas, which was highlighted earlier in 2013 by the Human Rights Watch and also by the United Nations (UN) in 2016. In February 2017, a UN report pointed towards Myanmar troops’ crimes against humanity in its renewed military crackdowns in 2016. However, the Myanmar government has denied such accusations and maintained deadly silence over the issue of atrocities against Rohingyas. In a recent interview conducted by the BBC, Aung San Suu Kyi said that the phrase ‘ethnic cleansing’ was too strong to describe the situation in Rakhine state. Her indifferent behaviour towards Rohingyas has certainly undermined her reputation.

In the present crisis, the Myanmar government has reached its peak of inhumanity by blocking access to journalists and to all UN aid agencies from delivering food, water and medicines to anguished Rohingyas in the Rakhine state which also symbolises Myanmar’s ruthless efforts for their ethnic cleansing.

At the international level, Iran, Saudi Arabia, Malaysia, Indonesia, Turkey, Pakistan, Chechnya and other Muslim countries have openly condemned Myanmar’s insensitivity towards Rohingyas and demanded peaceful solution to the crisis. According to The Washington Post, the Indonesian government has threatened to severe diplomatic ties with Myanmar and has proposed five-point Indonesian plan to stabilise the situation which had been taken positively by Suu Kyi but no action has been taken yet. Turkey has sent its troops for aid supplies to Myanmar for displaced Rohingyas in the camps. Pakistan has also expressed support for the oppressed Rohingya Muslims and endorsed the recommendations of the Rakhine Advisory Commission and Organisation of Islamic Cooperation’s (OIC) Independent Permanent Human Rights Commission’s call for immediate and effective action to end this communal and ethnic violence against innocent and unarmed Rohingya Muslims.

Therefore at this juncture, practical steps must be taken by UN, OIC and peace activists to raise their voice for Rohingyas and to address their decades-old grievances.

The international community in consultation with the Myanmar government should find a permanent solution to the Rohingyas’ identity crisis, settlement rights and their citizenship issues. The issue requires an immediate global response.

The writer is an Assistant Research Officer at IPRI & can be reached at research.pak@gmail.com