Politics in Pakistan has never been smooth but lately it has been presenting the picture of a thorny pathway rendering serious wounds to all the people treading on it. The entire political scenario has become very interesting, but also very dangerous at the same time.

Interests of the contending power players have always been at conflict with each other in Pakistan but now it is reaching the point of no return and the desperation of some of the power players to control everything is pushing the entire system to a near collapse.

The Sharif family wants to keep its party and government intact, but it is threatened by the possible conviction of the entire family and the destruction of the political and financial empire they built over the last four decades. In the present circumstances it has become extremely difficult for the Sharif family to keep intact both its political and financial empire. If things continue like this, they may eventually have to surrender one to save other.

Hawks in the PML-N want to settle scores with the establishment but Nawaz Sharif, though he has spoken bitterly in public about the conspiracy hatched by establishment, knows very well that his survival depends on the good relationship with the establishment. That is why Nawaz Sharif spent long hours with Chaudhry Nisar in the two days he stayed in Islamabad after his return from London in spite of the fact that in the last one month, Nisar publicly criticised the policies of Nawaz Sharif and his daughter and is notorious for being the establishment’s man in PML-N.

The Sharif family wants to keep its party and government intact, but it is threatened by the possible conviction of the entire family and the destruction of the political and financial empire they have built over the last four decades

On the other hand, there is no respite for the camp of Imran khan even after successfully achieving its long desired goal of the disqualification of Nawaz Sharif because the same sword of disqualification is hanging over his head in the cases of London flat and Bani Gala Estate in Supreme Court.

So far he is unable to satisfy the court over the non-declaration of his flat and on the money trail for Bani Gala property. If he gets disqualified like Nawaz Sharif, that would be a very serious blow to his political career. PTI’s tacit support to PML-N in passage of a bill from senate which enables a disqualified person to head a political party says a lot.

As Imran is getting entrenched in the power politics, he is relying more and more on the establishment and has replaced Jamaat-e-Islami (JI) in defending the controversial and regressive policies of the establishment in public.

Establishment after victoriously striking Nawaz Sharif down, is waking up to a new dilemma.  If the ruling party dismembers as a result of the disqualification and possible conviction of Nawaz Sharif in the near future, then the only viable political force left in Punjab will be PTI. In that case, it would not be very difficult for the PTI to gain simple majority in the next parliament.

This scenario is very disturbing for the establishment that abhors strong prime ministers. An ideal scenario for the establishment would be a hung parliament where it will have a lot of room for maneuvering. Rise of religious fundamentalist parties will further dig into the votes of PML-N and pave the way for a PTI majority. 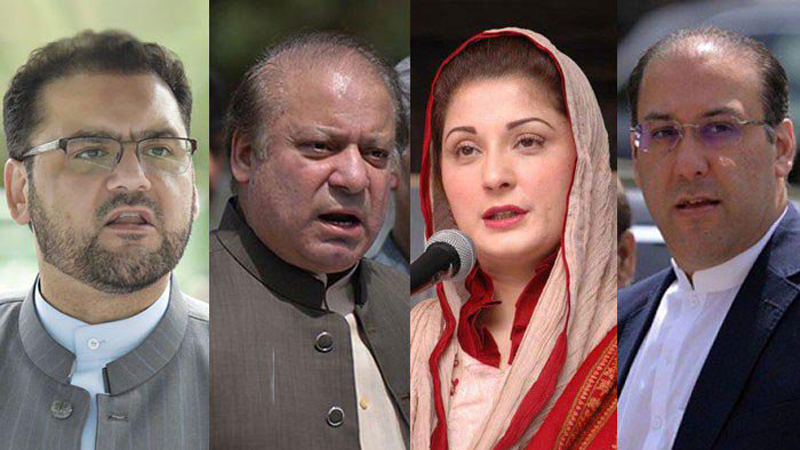 Establishment used to destabilise civilian governments in the past, but people hardly knew about that because of tight control over print media and absence of electronic and social media. Now with the brazenness of social media, any meddling in politics by establishment receives strong censure from general public and if something of that sort happens now, it will certainly damage the reputation of the institution, which is dear to its top brass.

Now it has become impossible for the establishment to play its political games and left unscathed. For establishment, the contradiction between dominating all spheres of policy making while maintaining the reputation and sacredness of its institution in the eyes of people in the presence of social media will be a daunting challenge.

All power players are desperate in playing their games and achieving their objectives but this desperation of players is pushing the entire system to a very dangerous level.

Thin veneer of democracy, people’s right to elect their representatives and rule of law, which is otherwise a façade in Pakistan, is crumbling due to the vicious infighting and the lust to control more and more power by different players. Media and other state institutions are fighting like mad dogs to show loyalty to their masters. An Islamabad High Court judge, while listening a case from one intelligence agency against another, lamented on the sorry state of affairs and the tug of war between two intelligence agencies that are otherwise supposed to protect the country and its people from its enemies.

All the players and their spokesmen and women have lost all the sense of equilibrium, decency and sophistication, taking sides furiously and exposing the real face of the system through which a tiny ruling elite rules over the poor masses of this country, sometimes under the façade of democracy and sometimes under the direct military dictatorship.

While the infighting of power players goes on, common people are suffering continuously under the yoke of this discriminatory system that benefits some but ends up badly affecting the lives of the vast majority.  Such a precarious situation normally creates opportunities for common people to gain advantages for themselves through their parties but unfortunately no political party or leadership exists in today’s Pakistan that represents the interests of common people and which could have exploited the internecine conflict of different sections of ruling elite and use it in the benefit of common people by trying to build a system that could work for all.

The writer is a graduate in economics and a freelance researcher. He tweets @aatifnazar 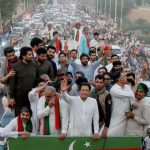