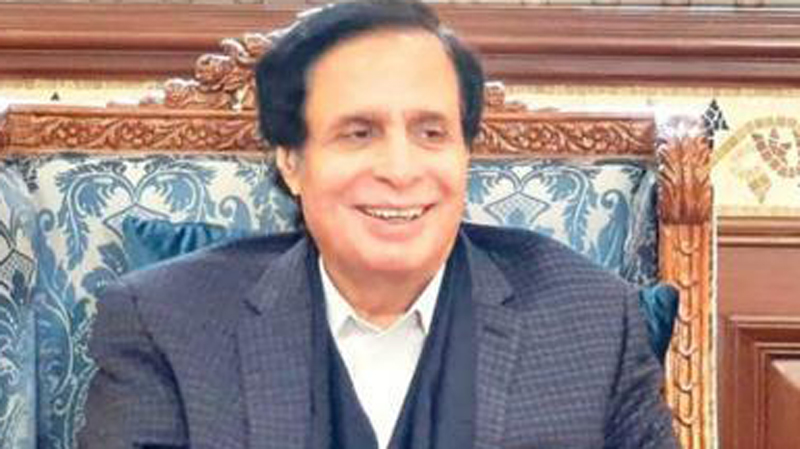 “Elahi has signed the summary and the advice has been sent to Punjab Governor [Baligh-Ur-Rehman] and if he does not sign on it in the next 48 hours, then in line with the Constitution, then the assembly will stand dissolved in the next 48 hours,” the PTI leader told journalists in Lahore. 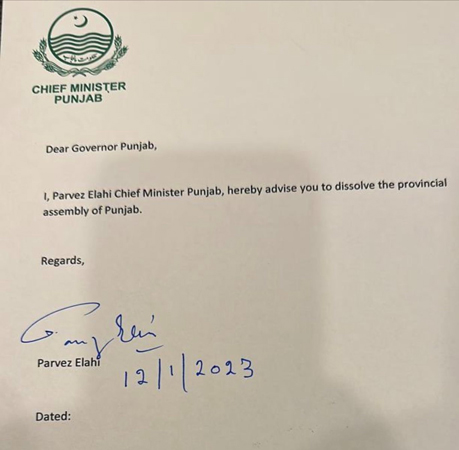 Initially, a picture of summary, printed on a plain piece of paper, was circulated on Twitter by several PTI leaders. But Elahi’s son Moonis later tweeted a copy of the summary on the chief minister’s official letterhead, bearing both his signature and the date. 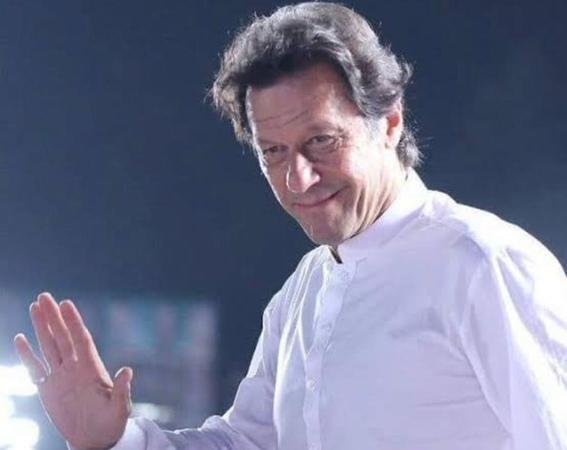 “Promise fulfilled. May we see you back in the prime minister seat soon @ImranKhanPTI,” Moonis said.

The Punjab governor, meanwhile, confirmed that he had received the summary sent by Elahi.

The development comes after Elahi, who had managed to secure a confidence vote from the Punjab Assembly in the early hours of Thursday, called on PTI chief Imran Khan at his Zaman Park residence in Lahore.

Speaking to the media after Elahi’s meeting with Imran, PTI leader Fawad Chaudhry announced that Elahi had signed the summary and the advice had been forwarded to the Punjab governor. He also announced that the Khyber Pakhtunkhwa Assembly would also be dissolved in line with the party’s “promise” to the people of leaving the legislative. “The KP Assembly will also be dissolved on a similar format a day after tomorrow and we have fulfilled our promise of going back to the people [for seeking support],” he said.

Fawad said the PTI and its allies have proven that despite all the pressure, they were not “afraid” of going back to the people for seeking votes as they had proven it by stepping down from government in both provinces.He also announced that a letter would be written to the Leader of the Opposition in the Punjab Assembly Hamza Shahbaz for the formation of a caretaker government. After the completion of all the legal requirements, elections will take place in Punjab and Khyber Pakhtunkhwa in the next 90 days, the former federal minister added. “Let me tell you, around 60% of the country is heading toward elections. Therefore, we believe that the federal government should stop being stubborn, decide upon an electoral framework, and head towards elections.”

The ex-information minister mentioned that if there is no stability in the country, it would lead to further economic and political turmoil. “The only way towards stability is elections.” “Since 60% of Pakistan is headed towards elections, it is beyond comprehension that why isn’t 40% of the country moving towards them,” he said, urging National Assembly Speaker Raja Parvez Ashraf to accept PTI’s resignations.

He thanked Pakistan Muslim League-Quaid (PML-Q) leaders Moonis and Hussain Elahi as well as their lawmakers for standing with the PTI. He said that the country was headed towards general elections, adding that the PTI and Imran had “fulfilled their promise”. Fawad urged the federal government to abandon its “stubbornness”, asserting that the economy could not be fixed without holding new elections. “It won’t make sense if two provinces, making up 70 per cent of the country, hold elections while the rest of the country doesn’t.” Fawad called on National Assembly Speaker Raja Pervaiz Ashraf to accept the resignations of PTI lawmakers so that elections could be carried out alongside the provincial seats.