* Dar says current economic chaos in country is outcome of the 42 months of 'economic mismanagement' of PTI, not result of eight months of PDM government at the helm 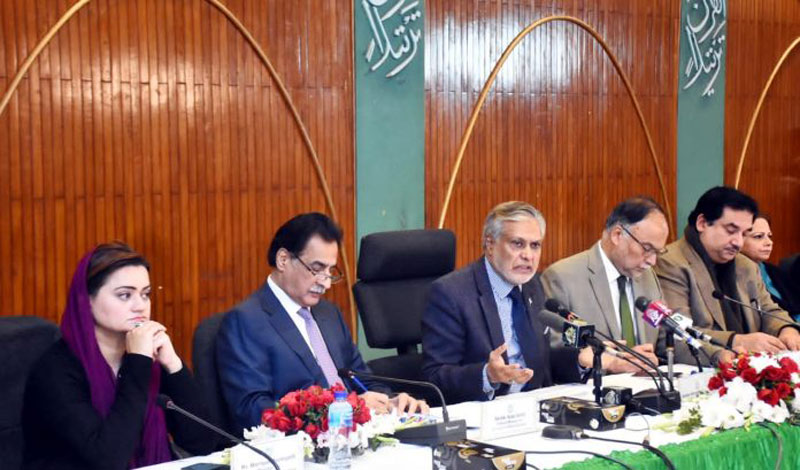 The economic managers of the country here on Wednesday termed the Pakistan Tehreek-i-Insaf’s (PTI) white paper on state of economy selective, misrepresented and devoid of economic context.

“This context”, he said, was totally missing in the PTI’s presentation while it had also ignored international economic situation, the commodities super-cycle, Russia-Ukraine war impacts and the catastrophic floods in the country. “These realities should have been kept in mind for making a fair analysis,” he added.

Ishaq Dar said the International Monetary Fund (IMF) had predicted that one-third of the globe would be facing a serious recessional problem in the year 2023 and Pakistan was no exception. The Fund had projected Pakistan’s economic growth at 2.7 percent of the GDP (Gross Domestic Product). It is pertinent to mention that the PTI in its white paper on Tuesday had painted a bleak picture of the national economy.

The finance minister categorically rejected the PTI’s claim of increase in prices by 100 to 200 percent for being factually incorrect. Since the PDM government took over the charge, he said, the prices of wheat increased by 33%, cooking oil 21%, pulse Masoor 19.5%, pulse Mash 35%, tomato 13.7%, petrol 47%, electricity 0.5%, and vegetable ghee14.9%. Ishaq Dar said the PTI’s claim of creating 5.5 million jobs during its government was also incorrect. The official data showed that some 3.2 million jobs were created from 2019 to 2022. He said the Pakistan Muslim League-Nawaz’s (PML-N) previous government collected Rs 2,255 billion in its first year and Rs 3,844 billion in the last year (FY 2018). The PTI government on the other hand started its first year with negative growth in revenue collection by collecting Rs 3,829 billion while the revenue collection in its fourth year remained Rs 6,148 billion, the minister added.